As living standards continue to rise, weight gain is a growing health threat for the entire world population. Obesity is a chronic disease that is common in both developed and developing countries and affects all age groups. In fact, it is so widespread that it is replacing more traditional public health problems such as infectious diseases and malnutrition as the most common and important contributors to disease health.
According to the World Health Organization (WHO), globally, approximately 2.3 billion elderly are overweight and over 700 million elderly are obese. Most elderly belonging to middle and high socio-economic groups are prone to obesity and obesity-related complications due to sedentary lifestyles and reduced physical activity. Obesity is considered as one of the most important risk factors that cause the onset of non-communicable diseases (NCDs) and increase their severity. It is a worldwide health problem affecting the elderly in both developed and developing countries. Obesity in the elderly affects the early onset of chronic morbidities and functional disorders that lead to early mortality.

Elderly Obesity in the Developed Country 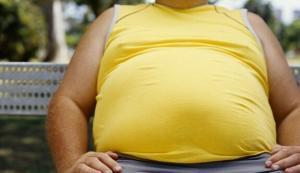 The percentage of weight gain in Australia is so high that men and women aged 60-70 are on average heavier than they are 20 years younger rather than lose weight with an increase in life. Australian studies show that the prevalence of obesity among the elderly in the 60-69 age group is increased by about 24% in men and 30% in women, while it is less common in the elderly aged 80 years and over. Studies show that the percentage of Australian seniors who report increased abdominal fat has increased significantly over the years. Based on waist circumference, more than 30% of older men and 44% of older women in Australia are now at significantly increased risk of NCDs.
Studies from the Netherlands show that obesity is present in 18% of men and 20% of women aged 60 and over. In addition, the increase in waist circumference ranges from 40% in men to 56% in women. Studies in France show that the prevalence of obesity among the elderly was relatively stable in the early years (1980-1991), with 6.4-6.5% in men and 6.3-7.0% in women; however, recent studies show that in obese elderly, 19.5% in both men and women. highlights a sharp increase. This prevalence rate has gradually decreased from 19.5% to 13.2 after the age of 70.
The Scottish Health Survey shows that over 10 years (2003-2013), the prevalence of obesity has increased as body mass index (BMI) continues to increase in people aged 60-70, especially in women. In the same period, an increasing curve for waist circumference (5-10 cm) was observed in both genders between the ages of 50 and 70. In the Scottish Health Survey, this inappropriate increase in waist circumference and a slight increase in BMI may indicate a significant increase in visceral fat mass and lean tissue loss that predispose to health in obese elderly.

Prevalence of Obesity in Developing Countries

About 14% of men and more than 50% of women who may belong to a higher income group (HIG) are overweight (BMI> 25) and obese (BMI> 30), according to a study of urban seniors in Delhi. The prevalence of abdominal obesity was also reported to be high in the elderly group. Assuming that the number of HIGs in India is around 100 million (half the number of middle classes), it can be calculated that there are roughly 40-50 million overweight subjects belonging to HIG in the country today. Visweswara et al. They examined women (60 years and over) with high socio-economic status in Hyderabad and reported an obesity prevalence rate of 36.3%. Gopinath et al. They worked with urban seniors in Delhi and reported an obesity prevalence rate of 33.4%. A study conducted in Chandigarh’s Union Territory showed an increase in BMI (> 25) causing a high prevalence rate of overweight (33.14%) and obesity (7.54%) in the elderly.

Causes of Obesity in the Elderly

The relationship between energy intake and energy expenditure is an important determinant of body fat mass. Obesity occurs when calorie consumption exceeds calorie expenditure. Various studies show that how much we eat does not decrease with age; Therefore, a reduction in energy expenditure, particularly at the beginning of old age (50-65 years), is likely to contribute to an increase in body fat as we age.
Hormonal changes at the age of 65 and above cause fat accumulation. Aging is associated with decreased secretion of growth hormone, serum testosterone, leptin resistance, and decreased responsiveness to thyroid hormone. Studies show that leptin resistance can cause a decrease in the ability to regulate appetite downward. Several other genetic, environmental, and social factors contribute to obesity in the elderly.

There are some possible reasons for the increase in obesity in the elderly. These reasons are divided into some categories and are as follows;
Genetic factors 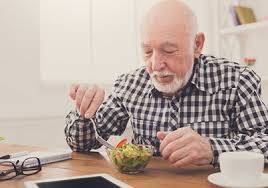 Science shows that there is a link between obesity and heredity. Various studies show that obesity is associated with inherited genes and there is a link between obesity and heredity. According to one study, visceral fat is affected by more genotypes than subcutaneous fat.
Environmental and sociological factors
Like genetics, the environment has an important role to play in obesity. The food we eat, physical activity, and lifestyle behaviors are all affected by the environment. For example, the adoption of the modern diet over the traditional diet, the tendency to ‘eat out’ rather than prepare food at home, the development of high-rise buildings that often lack sidewalks, and the lack of easily accessible recreational areas. These are common environmental factors associated with obesity.
Poverty and low education level also emerge as causes of obesity in the elderly. Studies indicate that lack of nutritional information, low-cost fat and organ meat purchases are also associated with overweight and obesity. Poor hygienic conditions also emerge as an important cause.
Other causes of obesity
Other health problems and illnesses associated with obesity and weight gain are hyperthyroidism, polycystic ovary syndrome, Cushing’s syndrome, and depression. Obese seniors are more likely to report symptoms of depression, such as hopelessness, sadness, or worthlessness. Just as sleep plays an important role, lack of sleep also contributes to obesity. Some medications, such as antidepressants and steroids, can increase appetite or cause water retention or cause weight gain by decreasing the metabolic rate. Health problems such as arthritis and joint pain contribute to obesity, reducing mobility and activity intolerance.
Joint pain reduces mobility and can cause weight gain due to activity intolerance, decreased activity. Older adults are more likely than younger adults to experience functional limitations associated with chronic illnesses that can initiate a stress-pain-depression cycle that can result in lifestyle patterns that lead to obesity. Finally, the complex relationship between lifestyle model and functional ability deserves attention as a contributing factor to obesity.