The limitations of fossil fuels and the negative effects of their end products on the environment make it necessary to turn to alternative energy sources.

Fuel cells technology (PEM), which enables the production of electrical energy from hydrogen, is ready, but is developing a little more day by day.
Hydrogen is clean and harmless to the environment in all areas used to meet the thermal energy requirement.

When the energy systems that require the use of hydrogen as a fuel are examined among these areas, it is seen that the product thrown into the atmosphere as waste is only water vapor. This shows that hydrogen is an energy carrier that does not pose a problem for the environment. 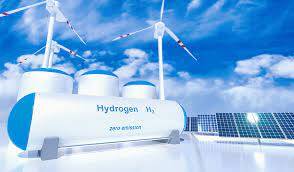 In summary, the use of hydrogen-based energy sources provides great benefits to both the environment and the country’s economy.

Well, if it has so many advantages, why is it still not widely used?

One of the obstacles to the use of hydrogen in fuel cells is hydrogen; transportation, storage and high cost of fuel technology.

In addition to the advantages it provides, the transportation and storage of hydrogen poses a problem due to the fact that it occupies a lot of volume.

Hydrogen is currently used as a gas. This situation increases fuel technology due to additional costs.

Unfortunately, this hinders the widespread use of hydrogen fuel technology.