What is the Function of Average Corpuscular Volume (MCV) in the Body?

The main function of red blood cells, also known as erythrocytes, is to transport gases, oxygen, and carbon dioxide from the lungs to tissues and vice versa. The removal of carbon dioxide from the body also helps maintain the pH of the blood. Up to 3 million red blood cells are produced in the bone marrow every second and released into the circulation. These are the most abundant blood cells, but they are small, about 6 micrometers in diameter. The lifespan of red blood cells is approximately 120 days, and at this point, they are removed from the circulation by special cells called macrophages in the liver and spleen. Unlike most cells, red blood cells do not contain a nucleus and are two concave shape, which means they have a larger surface area, giving them more space to store hemoglobin. Hemoglobin is a vital protein in the human body and has an important function. The main role of hemoglobin is to transport oxygen from the lungs to all cells and tissues in the body. Approximately 96% of the dry weight of red blood cells is hemoglobin. The structure of hemoglobin consists of four heme molecules each containing an iron ion. Each of the iron ions can bind to an oxygen molecule that forms oxyhemoglobin. When oxyhemoglobin reaches a cell that requires oxygen, the oxygen separates from the hemoglobin and enters the cell.

How Do Changes in Average Corpuscular Volume Affect Health and Fitness?

An increased mean corpuscular volume is an indication of macrocytic anemia in which red blood cells are larger than normal. The condition is relatively common and is usually caused by a nutrient deficiency, particularly vitamin B12 or folate. Vitamin B12 deficiency is often caused by poor dietary intake of vitamins. People most at risk of vitamin B12 deficiency are those who follow a vegan diet, especially since most of the vitamin B12 comes from animal sources. Alcoholism can also cause a high MCV. A decreased MCV can indicate microcytic anemia, and a common cause may be iron deficiency. Again, this is often due to dietary iron deficiency. 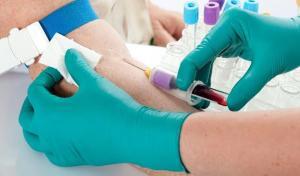 What Are the Symptoms of Changes in Mean Corpuscular Volume?

Symptoms for most types of anemia are relatively similar and include:
Pale skin
Feeling tired and weak most of the time
Dizziness
If you cannot exercise as much as you normally would
Feeling out of breath after exercise
Heart palpitations
Vitamin B12 deficiency can cause many symptoms, and the severity of the condition can worsen over time, especially if left untreated. In addition to the normal symptoms of anemia, the symptoms of vitamin B12 deficiency can include:
Painful, called red tongue (glossitis)
Needles and needles
• Disturbed vision
Feeling nervous
Depression
Mouth ulcers
A pale yellow color to your skin
A decrease in mental function

How to Keep Mean Corpuscular Volume in the Reference Range? 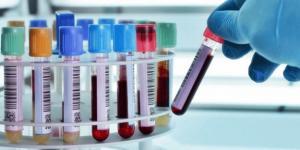 The nutrient required for red blood cell health is iron. Good sources of iron are red meat and liver. It is recommended to consume red meat once a week to help keep iron levels within normal parameters. Menstrual women need to increase their iron intake, especially during their menstrual periods. Individuals following a vegan or vegetarian diet will need to get their iron from plant-derived sources. Good sources of iron:
• Red meat
Liver
Green leafy vegetables such as spinach
• Dried fruit
Legumes
• Hazelnut
Seeds
Absorption of iron from plant sources is better when vitamin C is present. For example, cereals enriched with a glass of orange juice are beneficial to keep levels within normal ranges. Tea can affect the absorption of iron, so avoid drinking tea at meals and instead develop the habit of drinking tea between meals, but this can be drunk provided that it is not excessive. Iron levels can be affected by too much or too little exercise. Not having enough iron can affect the muscles’ ability to recover after exercise.
A high mean corpuscular volume level can be caused by macrocytic anemia, the main cause of which is vitamin B12 deficiency. Therefore, it’s important to make sure you’re getting enough vitamin B12 in your diet. Those who find it more difficult to get good amounts of B12 in their diet are those who follow a vegan diet. This is because most of the vitamin B12 comes from animal products. Vegans and possibly vegetarians may need to supplement their diet. Good sources of vitamin B12:
• And
Fish such as salmon or cod
• Eggs
• Milk and milk products
Vegan friendly products
Yeast extracts
• Enriched breakfast cereals