Real memory is the real retrieval of an event of any nature, visual, verbal, or otherwise. Real memories are constantly rewritten (re-encoded). On the other hand, wrong memory is defined as remembering an event that did not happen or distorting an event that actually occurred. Otherwise, confabulation is the formation of false memories, perceptions or beliefs about himself or his environment due to neurological or psychological dysfunction. During this process, confusion can occur between imagination and memory, and even between real memories. 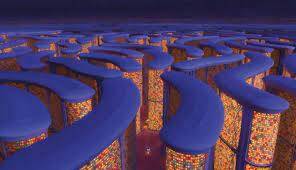 For the past decade, the phenomenon of false memories has attracted attention in the field of mental health. Research in mental health and law has suggested that emotions can affect the production of false memories. Some research has shown that some psychotherapeutic techniques based on retrieval of emotional memories in children can produce vivid memories of events that have not actually occurred; for example, alleged childhood sexual violence cases. The memory of these children may be reconstructed incorrectly. In the legal sphere, the influence of emotion on the functioning of memory can jeopardize the administration of justice, because a person who witnessed a crime, violation, or any kind of violence may be subject to distortion of his memories.
However, it is difficult to test the relationship between emotion and the production of false memories with autobiographical memories, because a detailed comparison between the information obtained and the details of the original event is practically impossible. False memories can also occur in ordinary everyday life (not necessarily in pathological or traumatic situations. ). For example, in this conversation, “I met a friend yesterday on the street and said, ‘Hello Brad, how are you?’ I said. And he said, ‘Thank you, but my name is Fred!’ Said. This is, for example, the percentage of false memories observed in control subjects during the performance of a task on trials about false memories.
False memories are a result of how memories are built in the brain. Since the pioneering work of Milner and colleagues, HM, an amnesic patient with many specific changes in his memory after surgical removal of a large portion of his medial temporal lobe, is losing support for the idea that memory is a single entity. What is thought to be unique engrams of lived experiences has since been broken into a series of pieces that must be put together to make way for the experience of retrieving memories. Each of these parts is obtained with different codes and stored in different parts of the brain depending on the different contexts in which they were obtained and later recalled. That is, the undo depends on the external and internal conditions at the time of encoding and retrieval. Memory hints remind the details of the input status and are a necessary condition for retrieval. 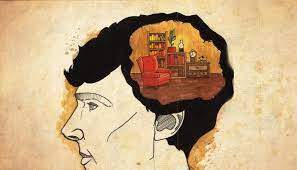 Brainerd and Reyna proposed the fuzzy track theory (FTT) in line with the idea that memory consists of several systems. According to FTT, episodic memory consists of two independent and parallel subsystems called literal system and self. These two subsystems form the real memory and the core’s memory by encoding the information in the form of different representations. While real memory stores specific and detailed properties of segments, self memory stores non-definite meaning, for example meaning and general patterns of segments. For FTT, real memories often come from retrieving real memories. For this reason, false memories may be due to recalls of core memories.
Traditionally, false memories have been explored through a variety of experimental procedures that increase their occurrence, using materials such as slides, films, and sentences. In the last decade, a common methodology is the list of related words. This procedure, known by the acronym DRM, was developed by Roediger and McDermott based on previous work done by Deese many years ago (1959). DRM consists of lists of words presented for memorization (study phase) and later recognition (testing phase). For this, standardized verbal stimuli (word lists) with neutral and emotional content (positive and negative) are adopted to evaluate whether the recognition is correct or incorrect, whether familiar or not. This method of organizing stimuli into thematically related sets was inspired by previous research that produced strong misrecognition effects.
Such false memories are thought to result from the automatic activation of conceptually related words or “essential” information. Therefore, when reading words in the study phase, people encode target words through word-for-word representations (specific and detailed features, eg sound, spelling) and representations of the essence (general properties and ambiguous, eg meaning). In the testing phase, people remember or recognize target words (real memory) by taking their real and self-traces, but only remember or recognize critical words (fake memory) by retrieving their traces. FTT is widely used in the interpretation of results from research using the DRM procedure, for example in studies evaluating the effects of triazolam and scopolamine in the generation of false memories for neutral words.
In recognition tasks where participants need to distinguish items whose presentations are episodically remembered only from those appearing familiar, this means they do not have a full memory. They recognize stimuli (words or pictures) previously presented (study phase) in a list (recognition phase) containing items that have not been presented before. Current recognition memory models think that recognition includes both familiarity and recall. Familiarity seems to work faster than recall and is described as a quick recognition decision. Some authors interpret “remember” and “know” as responses reflecting different processes, recall and familiarity, respectively. 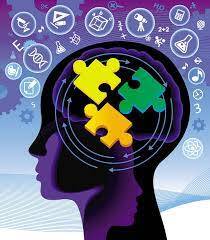 It is also necessary to classify stimuli in different emotional dimensions, as some studies have shown that valence and arousal affect retrieval indexes through different cognitive processes and neural mechanisms. It is assumed that valor and arousal improve recall, while arousal increases familiarity. On the other hand, true memories (events or thoughts) are often associated with recovered experiences and feelings of familiarity, while false memories are characterized by a sense of familiarity and no distinct state of consciousness.
During a recognition test, a decision-making process takes place in which the participants answer “remember” when they recognize items accompanied by a conscious recall that they occurred during an episodic memory study. On the other hand, however, they give a “know” answer to substances that do not evoke any particular detail but are recognized by other bases. Detailed instructions given to the participants in the “remember-to-know” experiment can be found in previous studies.