Diogenes Syndrome in general; It is characterized by extreme apathy, social isolation, and a ‘compulsive’ obsession with garbage collection. It is more common in people with ‘dementia’ problems. Why is this psychological problem that generally isolates itself from society and devotes itself to a different world, called ‘Diogenes Syndrome’?

Diogenes was a cynical and minimalist Greek Philosopher who lived between the years (412 BC – 323 BC). He thought that the whole meaning of philosophy life can be found by living in nature. He thought that by rejecting wealth, power, fame, and all passions for life, philosophical life could find its meaning. His work was in this direction and he was constantly leaving himself in the hands of nature. 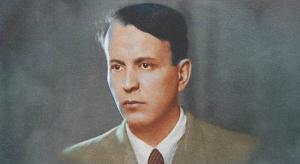 It is often said that he lived in a wine barrel on the streets of Athens. He was also known for his brash and brash conversations with Alexander the Great. One day, Alexander the Great came to Diogenes and said: “Tell me whatever you want.” makes a sentence as. In response to this sentence, Diogenes said: “Don’t shadow! I do not want any other bestowal. ” replies in the form.

With this answer, Diogenes makes it clear that he isolates himself from other people. Psychologists make this similarity to people who do not want to connect with the outside and create a separate world for themselves. People who have isolated themselves by psychologists are diagnosed with ‘Diogenes Syndrome’.

What is Diogenes Disease?

Diogenes disease is one of the most common diseases in the elderly. People suffering from Diogenes do not attempt to litter in any way. Their living spaces are no different from garbage dumps. Diogenes patients, who do not communicate in any way with the outside, pay attention to the dark place where they live. They definitely don’t want the sun to enter and never ventilate their place.

The treatment of Diogenes Syndrome or disease is generally performed by specialist physicians. Treatment first takes place with various conversations and suggestions. However, in the future, drug therapy is applied. In addition, specialists recommend that people with Diogenes Syndrome stay in ‘Nursing Homes’.