One of the greatest dangers for all humanity is climate change. Consumption of fossil fuels and activities linked to the agricultural sector are the two biggest contributors to climate change as they release greenhouse gases that cause global warming. If the solution is in renewable energy and sustainable agriculture, why not combine the two? Agrophotovoltaic is exactly a related concept.
Agrafotovolkaic energy, which aims maximum synergy between photovoltaic energy and agriculture by installing solar panels on agricultural lands, is also called agrovoltaic. This type of energy makes the activities of sectors that do not want to be left behind in the fight against climate change more sustainable. In this article, there is information about what agrofovolkaic energy is, its effect, properties and advantages. 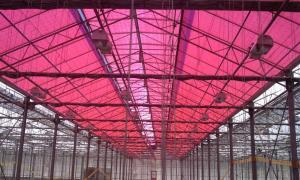 Energy, also known as agrophotovoltaics, consists of using the same area of ​​land to obtain both solar energy and agricultural products. In other words, solar panels coexist on the same surface as the crops. This technique was first devised by Adolf Goetzberger and Armin Zastrow in 1981, but the concept was not well known until just the last decade, but has become popular recently.
The shade of the panels cast on the crops can affect their productivity as they receive slightly less light, benefiting certain crops, but energy production compensates for this loss. According to a study published by Nature, it would be possible to stabilize the world’s energy demand if only 1% of arable land was devoted to solar power generation.
These facilities can easily meet their own consumption and the energy needs of the farms with the photovoltaic electricity production encouraged by the use of solar energy in agricultural areas. Agrovoltaics also has close relationships with smart agriculture, which increases productivity through technologies such as artificial intelligence, big data and the Internet of Things. Thus, it drives the development of smart villages.

In an agrophotovoltaic system, fixed support systems are often used to raise the solar panels approximately five meters above the crop area. Solar panels can also be installed on greenhouse roofs, while this allows agricultural machinery to access the following products. Another solution is dynamic agrovoltaics, which involves mounting panels on raised cables. This creates a lighter alternative that is easy to disassemble. This system allows the panels to be manually moved or adjusted throughout the seasons and as the farmer cultivates different plots.
Other installations have monitoring systems that ensure that the panels are oriented to maximize their efficiency and prevent them from casting shadows in the same place all the time, thus adapting to the needs of the premises. These systems require complex software models that take into account things like crop growth stages and weather. In the future, solar panels will be developed using translucent polymers that allow wavelengths of sunlight required for photosynthesis to pass through and absorb the rest to produce energy.

Advantages and Disadvantages of Agrophotovoltaic Energy

When it comes to the environment, the main benefit of agrovoltaics is that it reduces greenhouse gas emissions from the agricultural sector. Moreover, the dual use of the land for both agriculture and energy eases the pressure on affected ecosystems and biodiversity when plantations are expanded.
Studies estimate that the electricity produced by solar panels increases the economic value of agrovoltaic farms by more than 30%. Because, as can be seen in the infographic, it also increases land use efficiency. This is especially true in warmer regions where shade can protect crops by lowering temperatures and preventing excessive evaporation.
The efficiency of agrovoltaics, as mentioned earlier, the main disadvantages of this energy source are due to the shade of the panels, as this can affect crop productivity to varying degrees. It enforces the selection of more hardy plants and limits those that are more dependent on sunlight.

This also limits the latitudes where agrovoltaics work best. For example, in cooler areas where sunlight intensity varies throughout the year, where profitability may drop. Among the other factors to be considered are; high initial investment required. However, this should be considered as a cost that may decrease as agrovoltaics come into play.

Agrophotovoltaic has many different applications, depending on the environment and the intended use of the installations. A few of them can be listed as follows;
• Electricity production and crops: Solar panels share the same soil with the fruits, vegetables and grains they protect from atmospheric events. This is the most common modality.
• Electricity generation and grazing: On non-arable land or where the climate is less suitable for growing crops, the ground under solar panels can be used for animal grazing.
• Electricity generation, fresh water and crops: Three-in-one use suitable for coastal areas. The electricity produced is used to power a desalination plant that produces water for crops and human consumption.