In recent years, researchers have made significant progress in learning difficulties, especially in terms of understanding cognitive and anatomical mechanisms. Understanding the neural mechanism of learning disability is useful for their management and cognitive therapy. The emergence of functional neuroimaging methods has also defined anatomical networks and neurological learning systems that contribute to the knowledge of the neurobiology of learning disabilities. On the other hand, neuropsychological assessment, which includes extensive testing or specific cognitive tasks, has proven useful in analyzing specific cognitive deficits to find potential intervention goals for cognitive compensation.

What are the Cognitive Bases of Learning Disabilities? 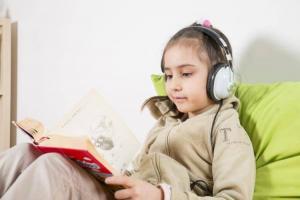 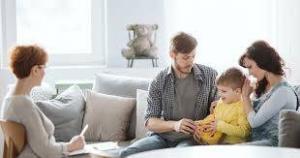 Other researchers have criticized theories based on group comparison of single variables in favor of multivariate approaches. This has led to research that defines the profile of neuropsychological tests to better examine the cognitive deficits of learning disabilities. One of the most important influences in the scientific understanding of learning disability is speech processing theory as a split signal of phonological representation. According to this theory, phonological awareness is a metacognitive understanding of the solid structure of speech. Children learning to read should link the spelling patterns of written language to the internal structure of speech in order to access the developing word system. This theory has been validated in varying languages ​​in terms of spelling and transparency of phonology.
These discoveries are important in understanding learning difficulties, as a certain phonological awareness and cognitive skill is thought to be linked to decoding a particular academic skill, explaining success and failure in reading. The differentiation of learning disabilities into academic fields has led to the expansion of basic research on cognitive correlations and neurobiological factors related to the cognitive domains of learning disabilities. Thus, learning disorders are divided into three main areas and six sub-areas. These areas are as follows:
Oral reading areas at the level of vocabulary (dyslexia) and text (reading comprehension disorders),
Mathematics fields that can be computational (dyscalculia) or involve executive mathematical functions (math problem solving disorders),
• Basic skills required for transcription (handwriting and spelling dysgraphia) and areas of written language required for creating texts in essays or stories (text rendering disorders),
According to Pennington and Peterson, problems in these cognitive areas produce high-level language, attention, and executive impairments that affect spoken and written language. In other cases, these cognitive disorders are often seen in conjunction with other behavioral features such as attention deficit hyperactivity disorders (ADHD) or developmental language disorders. Over the years, international researchers have mapped the framework of different sources of variability influencing learning disabilities to help lay the foundations for effective interventions. According to this framework, learning difficulties are neurobiological factors (brain structure and function, genetic factors), cognitive processes (eg phonemic awareness), psychosocial factors (eg attention, anxiety, motivation) and environmental context (socioeconomic conditions, schooling, teaching, home environment).
Researchers have shown that the intellectual quotient (IQ) is not predictive of learning difficulties, processing speed gaps and working memory are associated with comorbidity with learning disorders and ADHD. Phonological awareness is also a powerful predictor of failure or success in acquiring reading. Time reading and spelling assessment can be used to define dyslexia in more transparent languages. Word tasks, listening comprehension, and attention / executive function tasks can be used to examine textual disorders. The learning abilities of the individual with dyslexia were examined using serial response time measurements, and a moderate effect was found indicating that the automation of learning was impaired in this disorder. Neuropsychological studies have also suggested a neurological and functional distinction between different types of learning. The procedural learning system is involved in implicit learning and is impaired in individuals with certain language impairments. On the other hand, it has been claimed that the declarative learning system is relatively robust. Children with dyslexia seem to have difficulty in extracting the structure from new sequences in the artificial grammar learning paradigms. And there are difficulties in making judgments about grammaticality that confirm that implicit learning processes take place in dyslexic patients. Significant difficulties in procedural learning in sequential tasks, relative preservation in declarative and non-sequential procedural learning may explain why individuals with learning difficulties experience more difficulties in language tasks in which they have to extract and produce sequential information.
Mathematical difficulties without reading difficulties are very common as a comorbidity in children with learning difficulties. Attention, working memory, and phonological processing overlap with math problem solving disorders, even if they are studied less than computational skills. These findings support the view that mathematical skills involve multiple cognitive processes and mathematical disorders reflect more generalized cognitive difficulties. Executive functions affecting self-regulation are related to text rendering disorders.

Children with developmental language disorders struggle to learn new words and syntactic structures. Is this a linguistic problem or do they have difficulty learning new information more generally. Neuropsychological studies suggest functional and neurological differences between different types of learning. Ullman and Pierpont were the first to suggest that the procedural learning system involved in implicit learning is impaired in individuals with specific language impairment. They suggested that procedural disorders, such as the past tense of regular verbs, may be responsible for poor learning of grammatical rules. However, the putative impairments in procedural learning are not language specific. Regardless of whether the sequences are sensorimotor or abstract, they have wider effects, with anticipated shortcomings in the acquisition of any skill involving sequences. In contrast, declarative learning systems that support the specific type of mapping required to learn the conjugation of new vocabulary or irregular verb forms are claimed to be relatively robust.
There is a great overlap between Dyslexia and Specific language impairment. At the cognitive level, both groups show fundamental shortcomings in phonology, particularly tasks that achieve the ability to understand the sound structure of words (phonological awareness) and those involving non-word repetitions (motor control and phonological memory). Verbal language problems put children at risk for literacy problems, both in terms of reading comprehension and accuracy. On the other hand, children at risk of dyslexia often experience early language difficulties, even before they start reading. However, these disorders are not the same and even point to a continuum of phonological ability. Bishop and Snowling suggested that these disorders are best characterized using a two-dimensional phonological and non-phonological model of language skills. While children with dyslexia have typical non-phonological skills but their phonological abilities are impaired, children with SLI are more likely to show impairments in both phonological and non-phonological skills (for example, semantic and syntactic difficulties). Ramus and his team provided experimental support for this theory, but suggested further dimensions in relation to phonological skills.
Language problems are a major concern in both specific language impairment and dyslexia. Because poor language learning has been associated with negative consequences for academic achievement, self-esteem, social and emotional development, and employment. Understanding why language learning is affected and the specific mechanisms that hinder their learning can allow designing the most appropriate tools to compensate for these difficulties.