Sensory functions represent a reliable criterion for assessing human health, social competence, occupational fitness and working capacity, particularly in vestibular and auditory functions. The symmetry of the anatomical-topographic localization of these systems and the appropriate area orientation provided by them are important for all aspects of social life. The vestibular system plays an important role in field orientation, both at rest and in motion, as well as in one’s professional activities.
Its influence on motor memory mechanisms underlying all forms of human motor activity, including professional ones, is extremely significant. The vestibular system significantly exceeds the computationality of all other analyzers with its extremely sharp sensitivity, dynamism and high informativeness of different parts of the brain as well as the symptoms of ear labyrinth diseases. It is the first system that responds to any disorder in the body.
The hearing system provides a social communication function. Binaural hearing impairment leads to spatial disorientation. Vestibular and auditory sensory systems stimulate cortical processes, responsible for various activities, postural balance and control, emotions, and creative thinking. Therefore, the need for a comprehensive clinical study of vestibular and auditory disorders in order to increase the effectiveness of prevention and treatment, correction and rehabilitation, determination of professional fitness issues and working capacity is very important.

Benign paroxysmal positional vertigo (BPPV) is the most common cause of dizziness. Treatment has become possible with the application of original correction methods. The main symptom of BPPV are brief episodes of vertigo that occur when a person suddenly changes their head position due to the gravity vector, for example when a person goes from vertical to horizontal when lying down, or vice versa. It occurs when the person gets up, gets up in bed, or suddenly throws their head back. These vertigo attacks mostly occur in the morning after sleep. It often occurs when the person first changes their body position after sleep. They weaken with repetitive head movements. Patients’ complaints are very characteristic, Often based on the complaints it is possible to diagnose the condition and identify the affected party. The patient quite often shows from which side the vertigo is seen. 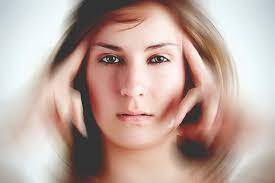 If vertigo and nystagmus rotate in a horizontal or horizontal direction, this indicates that the horizontal (lateral) semicircular canal is affected. The provocative moment can be the moment when a patient tilts their head towards the side of the affected ear. Dizziness may be accompanied by nausea and vomiting. Attack occurs after the person moves his / her head within 1-2 seconds and lasts 30-60 seconds. Vertigo and nystagmus depend on head movement. If a person looks up, vertigo and nystagmus are vertical. Vertical nystagmus in this situation proves that posterior semicircular canal receptors are stimulated. BPPV can develop at any age, most often between the ages of 50 and 70, affecting women twice as often as men. It may develop after prolonged bed stays, especially after craniocerebral trauma.
Diagnosis is made due to positional tests. Even if the patient’s complaint is typical for other vestibular disorders (Meniere’s disease, vestibular neuronitis, migraine and various etiological labyrinth diseases), position tests should be performed on all patients suffering from vertigo. Without an effective method of primary disease treatment, it is always possible to alleviate vertigo due to BPPV. According to the histologically confirmed cupulolotiasis theory, otoliths can be stored more frequently in the ampulla of the posterior canal located lower than the other channels. For various reasons, they leave the otolith membrane and adhere to the cupula walls. Otolith cupula walls become heavier. Although this theory cannot explain many of the properties of the nystagmus, they become detectors of linear acceleration rather than the perceptron of the angular one.
The theory of channelolithiasis explains the positional signs of nystagmus. According to this theory, otoliths do not stick, but float freely within the endolymph. They cause positional vertigo because they narrow or block the canal diameter. As they move along the canal, otoliths prevent the endolymph from sliding freely from the utricle or with the utricle. This theory allows to predict changes in the direction, latent period and duration of the nystagmus in various positional maneuvers, as well as in its characteristics.
Lateral semicircular canals are affected in 10-20% of patients suffering from BPPV. There are two types: related to channelolithiasis (more common) and the rarer, cupulolithiasis. Identification of the lateral semicircular canal BPPV is characterized by some features previously considered features of the central positional vertigo. In the case of lateral semicircular canal canal stone disease, the patient experiences vertigo when he turns his head to the side, lying on his back, and the transition from the supine to the sitting position and vice versa is not accompanied by significant symptoms.
Lateral canal BPPV flares are less elongated than the affected posterior canal. The cause of lateral canal BPPV as a type of canalithiasis is the invasion of aggressive otoliths in this canal. Since otoliths can easily leave the lateral canal during head movements, remissions are common in patients with lateral canal BPPV. On the contrary, otoliths do not move independently of the posterior canal (located under all other channels) due to their anatomical position. A quick result of the maneuvers testifies to the lateral canal BPPV. BPPV front channel is rarely used.
The Dix-Hallpike test is the technique used to diagnose posterior semicircular canal BPPV. A patient is placed in a supine position from a sitting position, the head is turned to one side by 45 ° and is extended to the end of the stretcher. In the case of left posterior semicircular canal dysfunction, the test will first increase and then decrease the nystagmus that occurs after a short latent period. After returning to the starting position, the nystagmus will change direction. A number of positional maneuvers have been developed to treat BPPV.
They aim to extract the conglomerates of otoliths from semicircular canals. Currently, maneuvers developed by Brandt and Daroff and Semont and Epley maneuvers are used. Within the theory of cananalolitiasis, Brandt and Daroff were the first to develop a range of exercises, including head movements that destroy otolith conglomerates. Its parts move to other parts of the maze where they can be fixed. Therefore, they do not affect the function of the semicircular ducts. When applied correctly, these maneuvers are always effective, but they are 50% recurrent. In case of repetition, it is recommended to repeat the maneuver, which is more effective in the first attack. 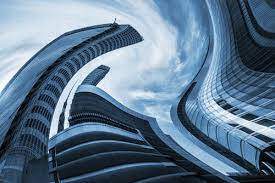 Vestibular neuronitis is a common cause after BPPV peripheral vestibular disease. Clinically, vertigo in the direction of a healthy ear is manifested by spontaneous nystagmus that can rotate horizontally to a healthy ear. Functional tests check for varying degrees of hyporeflexia in the affected ear and postural abnormalities in a healthy ear. Vestibular neuronitis is thought to have a viral etiology. It is recommended to prescribe glucocorticoids first, as they effectively reduce functional impairments and have a powerful anti-inflammatory effect. In addition, they speed up central vestibular compensation mechanisms for postural disturbances. Antiviral drugs are less effective.

Meniere’s disease refers to peripheral diseases of both the vestibular and auditory systems. During an acute attack in the excitation stage in the affected labyrinth, a strong horizontal vertigo occurs with horizontal nystagmus, postural disturbances and significant vestibulo-vegetative pathological reactions. At the same time, there is a phenomenon of sound disturbance in the affected ear, a strong sound, hearing loss, feeling of fullness in the paw, and enhanced sound stimuli.
Vertigo and nystagmus change their direction towards a healthy labyrinth during the prevention of the labyrinth. Postural disturbances settle gradually and vestibulo-vegetative pathological reactions disappear. Within functional stimulation, the hyporeflection of the nystagmus is fixed by the affected labyrinth. At the same time, noise, congestion and fullness in the ear are reduced and the effects of sound disturbance are reduced. These facts point to a common mechanism of excitation and inhibition processes in both sensory systems in this disease.
It is histologically confirmed that the basis of Meniere’s disease is the periodic accumulation of endolymphatic drops (endolymphatic hydrops). An attack of acute vestibular dysfunction lasts between 30 minutes and 3-4 hours and recurs at different intervals. One of the effective treatments for Meniere’s disease is a damaged labyrinth, vestibular gymnastics, and salt restriction. Prolonged betahistine therapy is often prescribed to prevent attacks and reduce their manifestation. However, the reasons for its occurrence are not fully understood.

Migrainous vertigo is the most common form of spontaneously recurring systemic vertigo. It occurs at all ages, from preschoolers to older adults. Family history is often noted, indicating the contribution of genetic factors. It occurs less often with an aura than with an aura. Temporary symptoms such as atrial fibrillation, unilateral paresthesia, and aphasia occur during the attack. Headaches often precede these symptoms. Vertigo associated with migraine increases when the position of the head changes. When positional nystagmus is detected, the duration of symptomatic attacks may take a few days. Relapses are more common than BPPV. Migratory vertigo is referred to as central positional vertigo. 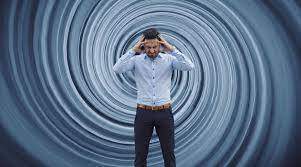