As gene expression is linked to tumor behavior, mass expression profiling of tumors has revolutionized cancer understanding by providing insight into the expression levels of thousands of genes measured simultaneously. In addition, separating cancer samples into molecular clusters with similar biological and clinical properties has improved the understanding of the molecular biology of tumors. It has also identified both viable targets for treatments and biomarkers for response prediction.
In 2005, Gordon and his team profiled a 40 MPM tumor using microarray technologies. Since malignant pleural mesothelioma (MPM) originates from mesothelial cells of the pleura and often involves the lung parenchyma, four normal pleural specimens and four normal lung tissues were included in the analysis as controls. Unsupervised cluster analysis revealed two separate subclasses C1 and C2, which consist of only MPM instances. These two clusters have epithelial and mixed subtypes, respectively, and show a partial correlation with tumor histology. Differential gene expression analysis shows that genes related to the cytoskeleton / support, such as keratins, cadherins and other proteoglycans, are overexpressed in the C1 cluster. Also, with extracellular matrix and structural proteins such as collagen, actin, biglycan and fibronectin 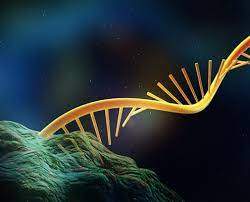 The related genes are highly expressed in the C2 subclass. In 2014, de Reynies et al created a transcriptomic classification of MPM using 38 primary cultures. The consensus clustering of expression profiles identified two MPM, C1 and C2 groups that were partially related to histology. Both groups had epithelioid MPM, while sarcomatoid tumors were clustered only in C2. In addition, C1 tumor samples tend to have more frequent mutations BAP1 (p = 0.09) and chromosomal 3p21 chromosome (P <0.01), BAP1. In addition, 40 genes separating the two groups were used to verify molecular classification in 108 MPM tumors. Survival analysis showed that patients in C2 had shorter survival compared to patients in cluster C1. This difference persisted when only epithelioid samples were included. Path analysis revealed that the most irregular pathways are those associated with the epithelial to mesenchymal transition (EMT) process.
In 2016, a seminal publication on genomics in MPM described uncontrolled consensus clustering of RNA sequencing data from 211 MPM tumors. This analysis divided the samples into four different molecular clusters: epithelioid, biphasic-epithelioid (biphasic-E), biphasic-sarcomatoid (biphasic-S), and sarcomatoid. Clusters are loosely associated with the spectrum from epithelioid to sarcomatoid histology. Epithelioid and biphasic specimens are distributed in all four subgroups, while sarcomatoid tumors are in only one cluster. Biphasic samples clustered according to the ratio of epithelioid and sarcomatoid cells found in the sample; Biphasic tumors with the highest part of sarcomatoid cells are grouped with sarcomatoid samples.
Specifically, patients in the epithelioid cluster had longer overall survival compared to the survival of patients in the other three groups. Differential expression analysis of sarcomatoid and epithelioid clusters showed that genes involved in the EMT process were expressed differently between the two groups and the ratio of the two genes to CLDN15 and VIM, while significantly differentiating the four clusters. Both algorithms grouped samples into four separate clusters with high compatibility between the two methods in assigning samples to groups. Survival analyzes showed significant differences in survival among the four groups. In addition, the four clusters are significantly associated with histology. Cluster 1 contains many epithelioid samples, whereas cluster 4 is enriched for sarcomatoid tumors as in previous studies.
Using a small number of samples, mostly epithelium, this study confirmed that genes involved in the EMT process are differentially expressed between the two most extreme clusters. In 2019, the unchecked cluster of microarray profiles split 63 primary MPMs into four groups (C1A, C1B, C2A and C2B). Next, a meta-analysis of mesothelioma expression profiles was performed to compare these clusters with groups in previous classifications. This analysis identifies two highly related clusters of MPMs found in all expression profiles, corresponding to the extreme epithelioid and sarcomatoid phenotypes. The remaining groups are not closely related, considering that the epithelioid and sarcomatoid components may represent different points of a continuum or histo-molecular gradient.
A deconvolution approach was used to define new insights into the intra-tumor heterogeneity of MPM by separating whole tissue RNA sequencing signatures into biologically relevant components. This analysis produced two molecular signatures of 150 genes, E-score and S-score that are relevant to histology and summarize the molecular classification. These signatures reflect the ratio of epithelioid-like and sarcomatoid-like components within each MPM tumor. Regardless of the metric used, all transcriptome studies show that MPM is characterized by a molecular gradient associated with the EMT process. Recently, the relationship between the C / V score and other published measures related to the EMT process has been investigated, revealing a significant correlation of the C / V score with other molecular signatures. These results show that only the ratio of two genes may be sufficient to determine the EMT component in each MPM.

Although more studies are needed before the data obtained can be directly applied to patient care, understanding the molecular heterogeneity of MPM and the mutations contributing to different subtypes can have a significant impact on the direction of clinical research in this area. In 2014, in vitro and tumor xenograft experiments suggested that low Merlin expression may predict the increased sensitivity of MPM cells to VS-4718, a FAK inhibitor. Subsequently, the use of defactinib, a FAK inhibitor, was investigated in a neoadjuvant setting for surgically resectable disease. The treatment resulted in well tolerated, successful inhibition of FAK as well as inhibition of multiple cancer stem cell markers such as CD133 and SOX2. The use of defactinib as maintenance therapy following first-line chemotherapy in advanced MPM was also evaluated in the COMMAND study, a phase II randomized placebo-controlled trial. Three hundred and forty-four patients were classified and randomized according to the merlin’s expression. However, there was no significant improvement in progression-free survival. Knowledge of key mutations in MPM has guided research into other targeted forms of therapy, although most are still in the preclinical stage. For example, LaFave and colleagues found evidence that loss of Bap1 expression increases Ezh2 expression in xenograft and Bap1 knock-out mice and increases sensitivity to in vitro EZH2 inhibition. Szlosarek and colleagues studied arginine withdrawal in 68 patients with malignant pleural mesothelioma with advanced ASS1 deficiency. Treatment with the withdrawal agent ADI-PEG20 improved progression-free survival with no significant difference in life expectancy or adverse events. Beyond setting therapeutic targets, multi-ohmic data have improved understanding of tumor biology, providing new ways to stratify patients. A method based on gene expression rate has been developed to translate expression profiling data into clinical tests based on the expression levels of a small number of genes. This method uses standard controlled methods for microarray analysis to compare gene expression in two tissue types that differ by a single clinical parameter such as histology or result. Genes with the most significant difference in expression are selected and used in combination to calculate gene expression rates that can predict the clinical parameter associated with a random patient sample. Using this method, a 6 gene 3-ratio test was developed to differentiate MPM from adenocarcinoma using resection specimens and fine needle biopsies. A similar approach was used to establish a 4-gene 3-rate prognostic test to identify patients likely to benefit from tumor resection in the preoperative setting.
Despite rapidly declining sequencing costs, there are some barriers to introducing NGS technology in clinical practice, particularly in MPM. In many solid tumors, the development of targeted sequencing panels has led to targeted therapies and predictions of cancer patients’ survival. MPM is rare, complicates large-scale validation studies and is heterogeneous, characterized by highly variable mutations among tumors. Additionally, loss of TSG is a common feature of MPM, making potential treatments associated with these genes difficult to apply to real-life therapy.
Clinical research has focused on specific mutated genes, and the results have never been put into practice. Transcriptome analyzes divided MPM patients into several groups by dividing patients into risk categories. However, a significant margin of error remains in these estimates because the sensitivity and specificity of these tests are difficult to define. Precision medicine based on cancer genomics is still far from being applied in clinical practice at MPM. However, it is believed that the value of NGS for personalized medicine will require additional efforts to implement NGS in identifying patients who would benefit from reliable and targeted therapies.