The transition to sustainable mobility and the electrification of transport are crucial to stopping climate change and saving the Earth. In the medium term, electric vehicles will replace combustion engines. So this is a change that requires the research and development of more durable and efficient electric batteries that should also be more environmentally friendly.
Electric vehicles do not emit polluting emissions and are suitable for the decarbonized world of the future. The International Energy Agency (IEA) report published in 2018 reveals that transportation carbon footprint accounts for approximately 30% of global greenhouse gas emissions (GGE). In addition, increasingly stringent transport emissions regulations are coming into force around the world. The European Union (EU) has committed to reducing greenhouse gases by 60% from 1990 levels by 2050, and the transition to sustainable mobility and transport electrification is growing rapidly.

Electric Car Batteries and Their Advantages

Electric vehicles do not emit polluting gases and are essential for the next decarbonized future. This is evident in a gradual increase in sales. 2.2 million electric cars were sold in 2019, 10% more than in 2018. So one out of every 40 cars sold now can be plugged in. Of these, 74% are battery powered only, electric vehicles (BEV) and the remaining 26% are plug-in hybrid electric vehicles (PHEV).
Everyone agrees that the future of transportation will be electric. However, according to experts, there are still two unanswered questions, these are;
• When will sales of electric cars surpass sales of combustion cars?
• Which types of batteries will offer the best performance?
According to Bloomberg New Energy Finance’s (BNEF) annual report on electric vehicles, sales are expected to continue to grow over the next decade. Thus, the cost of purchasing an electric vehicle will become more affordable. Indeed, according to Bloomberg, electric cars will be cheaper than equivalent petrol versions by 2022. A key aspect of the electric mobility revolution has been the falling prices of lithium-ion batteries, which have dominated the market in recent years. According to BNEF, the price of this type of battery has dropped from $1,100 per kilowatt hour (kWh) in 2010 to $156 (-87%) in 2019 and is expected to drop to $100 by 2024.
In addition to protecting the environment, electric vehicles also have other advantages over combustion vehicles, which makes them extremely attractive to buyers. Some of these advantages are as follows;
• Fewer malfunctions: Without a conventional engine, gearbox or clutch, these types of malfunctions are greatly reduced.
• Easy maintenance: Maintenance is simpler with simpler mechanics than combustion vehicles.
• Lower consumption: When charged overnight in a garage, it costs between fifty cents and one euro to travel 100 kilometers (Km), which is much more economical than a conventional vehicle.
• Fewer restrictions: Pollution has caused governments to impose stringent conditions on vehicles in city centres. These do not apply to freely circulating electric vehicles.
• Tax advantages: In many countries, registration fee, road tax, etc., compared to electric cars, combustion engine vehicles. such as preferential treatment.

What is an Electric Battery and How Does It Work?

An electric car battery is an energy accumulator that stores electricity to transmit it to an alternating or continuous current motor. But its importance is much more than that. The battery is the resource that makes these vehicles sustainable, freeing them from their dependence on fossil fuels. Batteries are at the center of buyers’ concerns; these concerns are the vehicle’s range (the distance a vehicle can travel before being charged), charging time and price.
The battery world has experienced an unprecedented revolution in the last decade. As a result, the average range of electric cars has increased significantly, what is known as range anxiety. This concern is the fear of buyers finding themselves by the roadside due to limited range, which hampered sales. But range isn’t the only area where batteries are making progress; Charging times have also been improved. Efficiency and life cycles are improved, for example, with charging as fast as ten minutes.

Electric vehicle batteries are special in several ways, and there are key features that make a battery special. These features include:
Density
It is the amount of energy a battery can store relative to its weight. The greater the density, the greater the storage capacity and the longer the vehicle range. It is expressed in Wh/kg (watt-hours per kilogram).
Voltage 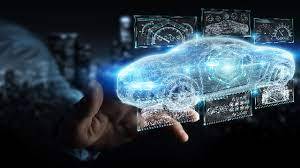 It is the power that the battery can provide per kilogram of the weight of the battery, therefore it is expressed in W/kg (Watts per Kg). The greater the power, the higher the performance of the vehicle.
Productivity
It is the performance of the battery, ie the percentage of energy it can deliver in relation to the energy given to the charging process.
Lifecycle
The number of times the battery can be charged and discharged before being replaced as they lose their capacity. The more cycles the battery has, the longer it will last.
Charging speed
There are three types of charging, with charging times varying depending on the model of the car: fast (10-40 minutes), fast (1.5-3 hours) and slow (5-8).

How to Extend the Life of Electric Vehicle Battery?

According to Geotab’s research in 2019, electric cars lose an average of 2.3% of their range every year. The main steps to take good care of an electric car battery are:
• Fully charging and discharging the battery, such as mobile phones and laptop computers, should be avoided.
• The vehicle should be charged with smart chargers and, if possible, a slow charger. Fast charging shortens battery life by 1% when used frequently.
• Electric cars are best in urban environments. It should accelerate slowly and should not be parked in the sun to avoid triggering the thermal management system.
• The braking system helps recharge the battery, so the more the brakes use, the longer the battery has range.

Batteries are an area of ​​constant innovation. Recently, Swiss startup Innolith AG announced that it has developed a denser battery that can store more energy and extend a range of up to 1,000 km without increasing its weight or size. Lithium batteries with non-flammable electrolytes. A group of researchers at the University of Melbourne has announced the development of a lithium and sulfur battery with the same range.
Electrolyte-based solid-state batteries can also be at the forefront of the industry, as they are cheaper, lighter and smaller, increase energy density and do not need safety systems to prevent heating. Other sources state that silicon anode batteries can store ten times more energy than a lithium battery, and graphene-based anode materials can increase battery capacity. This shows that with twice the energy density and lifetime of lithium, it can significantly reduce charging times.