Routine obstetric screening refers to regular ultrasound imaging for each pregnancy in the first, second or third trimester to distinguish specific pregnancy abnormalities from normally progressing pregnancies. Routine obstetric ultrasound imaging for about 18 weeks has become the standard of care in many developed countries such as Great Britain, Germany, France, and Scandinavia. In the United States, routine ultrasound has not been approved until recently, although the American College of Obstetrics and Gynecologists (2007) recommended routine aneuploidy screening for pregnant women. A large-scale observational study published in Sweden concluded that a significant benefit can be obtained from even a single routine obstetric ultrasound at about 15 weeks of pregnancy. 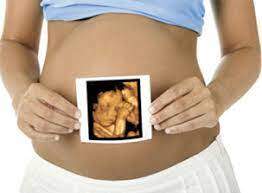 Second, routine ultrasound has also been criticized for causing unnecessary intention, anxiety about false-positive diagnoses, and false assurance to women who might be discouraged from further examination due to normal ultrasound. Therefore, if some form of routine ultrasound imaging for developing countries is considered, it is recommended that standardized guidelines be in place for training qualified personnel, quality assurance of the ultrasound machine, and regulation of ultrasound application to minimize such problems.

WHO recommended ultrasound to spread to developing countries during the second phase of the previous basic radiology system intervention. Ultrasound has been described as a “sustainable technology” for developing and low-resource countries due to its relatively low purchasing cost, low cost of maintenance and consumables, portability and durability compared to all other imaging modalities. The increasing availability of affordable and smaller ultrasound scanners at present is a clear indication of the sustainability of ultrasound for the developing world and its potential role in reducing maternal and perinatal deaths. A market study (unpublished) revealed that a new ultrasound machine can cost as little as $ 5000 and can be used for basic obstetric evaluation such as gestational age, fetal viability, placental position, and even for fetal anatomical examination.
Further evaluation with more sophisticated and relatively expensive machines can then be arranged for selected cases with suspected abnormalities, in the form of a level 2 or level 3 scan conducted by an advanced practitioner or specialist. In addition, the practice of donating underused but quality machines continues to be helpful and should be encouraged. Manufacturers of ultrasound systems should support developing countries by providing offices, sales representatives, and implementation personnel in these areas so they can assist in deployment, instructions on initial setup and equipment use, and equipment maintenance.
The lack of adequately trained doctors and sonographers and limited equipment maintenance in developing countries has been a major challenge. Although some developed countries around the world make a joint effort to provide training, it continues to be provided in a random manner and has never met the need for adequate training for physicians and sonographers. One recommendation for using a low-cost system to train ultrasound imaging techniques has been through the use of a PC platform that uses interface components from the Nintendo Wii game console (as a simulator) to aid remote guidance by experienced ultrasound professionals. Proposers cite their experience with this technique in Ghana as an example.
Another recommendation is to include a diploma in clinical ultrasound for medical graduates from local universities. The use of existing ancillary health professionals such as nurses / midwives or radiographs with additional training in ultrasound has been valuable in some developed countries and can be cost-effective in developing countries. A new model in developing countries is the creation of undergraduate degree programs in Sonography in existing university settings. Graduates of these university sonography programs can be used as sonographers or professionals in ultrasound imaging and can help relieve the pressure on doctors in developing countries. The authors’ belief is that a three-pronged approach should be used for the sustainability of ultrasound in developing countries:
First, the development of a new career path for sonographers through the university environment; Second, establishing long-term comprehensive sonography training programs for physicians; and Third, the involvement of government agencies and organizations in regulatory policy making. Obviously, creative and novel approaches that serve the unique situations of developing countries and meet the need for both trained ultrasound equipment operators and people with biotechnical skills for ongoing maintenance would be extremely beneficial.