Reproduction is the most important process for any species to maintain its population. In addition to infertility problems, reproductive health problems are very common today. Approximately 15% of all couples who want to have a baby are considered infertile. It was also found that male partners alone accounted for half of all global childlessness cases. Over the last 20 years, empirical advances have proven that several hypothalamic and pituitary hormones have been proven, including gonadotropin-releasing hormone (GNRH), growth hormone-releasing hormone (GH-RH), gonadotropins, and growth hormone (GH). And their corresponding canonical receptors are expressed everywhere and with different biological functions. There is ample evidence that these vital endocrine hormones are also expressed in non-hypothalamic and extra-pituitary tissues and are involved in local synthesis and action, including clear effects on reproductive growth, cellular proliferation, survival, tissue repair, immunomodulation, cellular energy. It has been demonstrated that GH synthesis is mainly through pituitary somatotropes and is secreted as an endocrine hormone that regulates cellular growth and differentiation during testicular development. Postnatal GH pulsatile release is required as a homeostatic factor indispensable for the maintenance of metabolic activities as well as cellular proliferation and differentiation in many tissues. GH expresses its beneficial effects either by binding and activation of GH receptors (GH-Rs) in several target tissues, namely the hypothalamus and other parts of the central nervous system and the male gonad. As a pituitary endocrine hormone, growth hormone plays important roles in emphasizing reproductive growth in individuals with GH deficiency. Growth hormone deficiency (GHD) is the most recurrent endocrinological abnormality, followed by deficiencies in gonadotropin, TSH and ACTH.
Both centrally and locally secreted GH binds to GH-receptors expressed in Leydig cell and is directly activated. The secondary messenger, cyclic adenosine monophosphate (cAMP), stimulates activity by releasing various steroidogenic enzymes. It also increases the expression and abundance of luteinizing hormone receptor (LH-R) in the testis. The insulin / IGF1 signal is mediated by a versatile, highly integrated network that regulates a variety of important physiological processes. In addition, this activation is triggered by the ATK / PI3K / GLUT8 pathway, which is involved in many cellular processes such as the ERK / MAPK pathway and cellular metabolism.
This is the process of cellular growth, proliferation and self-renewal of spermatogenic cells. Activation of the InsR / IGF-R signal by insulin / IGF1 / 2 binding, respectively, leads to InsR and receptor tyrosine kinase phosphorylation. And this then phosphorylates the IRS proteins on tyrosine residues, thus forming the AKT / PI3K / GLUTs pathway. It is mainly responsible for the metabolic effects of insulin / IGF1 signaling, activates the ERK / MAPK pathway, primarily regulates a variety of different downstream biological effects, including mitogenesis, gene expression, and energy homeostasis by glucose and lactate transport to developing germ cells.

GH deficiency and GH resistance are essential for penile enlargement as they are often associated with micropenis and other punitive anomalies. Therefore, GH therapy improves penile growth in GH-deficient adolescents. IGF-I may mediate this effect, since administration of IGF-I to adolescents resistant to IGF-I increases penile size and this effect ends when IGF-I treatment is withdrawn. Similarly, in a study of cultured postnatal foreskin fibroblast cells, a stimulating effect of IGF-I on cellular proliferation of the fibroblast was observed, regardless of any changes in androgen receptors or 5-alpha reductase activity. Again, a more recent study on fibroblasts noted significant cellular growth and proliferation as a result of the stimulatory effects of GH, at least partially mediated by local IGF-I.
In contrast, erectile dysfunction may be due to altered autocrine / paracrine movements of GH, as erection requires relaxation of penile smooth muscle and regulation of blood flow. GH can facilitate both smooth muscle relaxation and systemic vasoconstriction. During penis enlargement in healthy men or men with psychogenic erectile dysfunction, the concentration of GH in the systemic and cavernous blood increases. However, this is not the case in sexually aroused patients with organogenic erectile dysfunction. Conversely, no changes in systemic GH concentrations were observed during sexual arousal and orgasm in a previous study.
By stimulating neuronal nitric oxide synthase (nNOS) expression in intracavernosal nerves, GH has been found to improve erection frequency and maximal intracavernous pressure in aged rats. In turn, GH also accelerates the resumption of erectile function by improving the regeneration of nNOS-expressing nerves following cavernous nerve neurotomy. This regenerative effect may include native IGF-I and transforming growth factor beta-2 (TGF), both of which are increased as a result of GH stimulation. NOS can mediate significant GH effects in humans. Because GH, nitric oxide (NO) and cyclic guanosine monophosphate (cGMP) share a strong junction in the systemic and cavernous blood of individuals with erectile dysfunction. GH also causes both relaxation and cGMP production in human cavernous strands. However, a later study showed that GH independently improves the cGMP signal (NO) in human corpora cavernoses (isolated from transgender patients receiving hormonal therapy).
The erectile effects of GH may be biphasic, as pathophysiological GH concentrations in acromegaly are associated with erectile dysfunction. The effect of GH on erectile function may partially reflect altered libido, as libido is impaired transgenically in acromegalics, pig’s GH gene, and in GH-deficient males and GH-R-knockout mice, according to study findings. Also, optimal concentrations of GH found in acromegaly have been observed to stimulate the contraction of the canine corpus callosum strips.
Effect of GH / Insulin / IGF-1 Signal in Regulation of Testicular Metabolic and Energy Status
GH stimulates the production of a family of proteins, namely IGFs, in many extrahepatic tissues, including the testis. IGFs are predominantly composed of insulin, IGF1, IGF2 and their respective canonical receptors. It provides signals to regulate a variety of cellular activities, including cellular survival, proliferation, differentiation, and cellular metabolism upon activation. Importantly, testicular IGF-1 demonstrates its beneficial role by binding to its respective receptor and simultaneously activating it in an autocrine / paracrine manner. Therefore, it contributes to the preservation of normal male reproductive physiology. Moreover, a study using IGF-1 null male mice found infertile dwarf traits as well as a ~ 80% reduction in both spermatogenic activity and serum testosterone levels. This not only demonstrates the primary importance of GH / insulin / IGF signaling in body growth and development, but also highlights its critical role in male reproductive health.
Interestingly, the GH-induced insulin / IGF family of growth factors activates glucose transporter 8 (GLUT8), which helps in chronological conversion of glucose into lactate by mature Sertoli cells. In particular, lactate is a preferred energy metabolite that serves the energy requirement for the proper functioning of the testicles and the development of spermatogenic cells. Also, lactate production increases as the Sertoli cell differentiates during pubertal development. It has been reported that lactate concentrations are low in the testicles of cryptorchid rats and intra-testicular lactate supplementation in rats improves the development of haploid spermatozoa.

Therapeutic Potentials of GH on Reproductive Health and Male Infertility

Male subfertility / infertility is a serious problem in the field of reproductive medicine. The growth hormone has also been found to contribute to the restoration of sperm concentration, morphology, and motility in GH-deficient rats and males. Conventional solution including gonadotropin or pulsatile LH therapy may at times fail to produce the desired response. GH therapy has proven to be an unconventional adjuvant therapy that can be used to induce spermatogenesis in such non-responsive patients suffering from hypogonadotropic hypogonadism. A detailed study was conducted on nine oligozoospermic and nine asthenozoospermic men treated with GH for 12 weeks. In this study, it was determined that sperm motility increased in both groups and there were three pregnancies in asthenozoospermia, but not in oligozoospermia.
GH administration has been performed as a possible treatment for infertility due to the aforementioned potential to increase sperm volume and sperm motility. However, there is still not enough evidence that it can improve sperm quality in patients with asthenozoospermia and oligozoospermia.
However, animal breeders and scientists focus mainly on the role of GH in milk and meat production, and they also act as stimulants in anabolic processes. In modern research, GH’s functions in human and animal reproduction have become of great interest. As previously determined experimentally, the process of gametogenesis in both sexes involves a vital role of GH as it stimulates gamete production and maturation and embryo development. Although the GH activity modus operandi is still anonymous, GH therapy results in a significant increase in sperm cell concentration, motility and IGF-1 content in the blood, furthermore IGF-1 has been proven to be the main GH mediator. In the tests performed, it was accepted that there was a relationship between the rate of morphologically normal spermatozoa and the IGF-1 concentration in seminal plasma. It is essentially necessary to determine the onset of puberty and the induction of sexual maturation. Other fields of activity are the regulation of the growth and movement of the secondary sexual organs in women and the activation of the uterus, seminal vesicles and prostate in men. The field of activity in adults consists of modulation of gonadotropin secretion and the application of gonadotropin-dependent and gonadotropin-independent actions on local gonadal function, including steroidogenesis and gametogenesis. 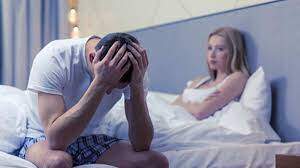 As a result, GH is closely related in regulation of reproductive physiology and protection of reproductive health in both genders. Although GH and IGFs have traditionally been associated with growth and gonadotropin secretion, they have proven to be an important role in many important processes associated with male reproductive health. Therefore, besides being somatotropin, it is considered gonadotropin, which is integrally involved in male reproductive health. Despite numerous reports showing the physiological functions of the somatotropic axis in male reproduction, the therapeutic implications are still very uncertain. GH administration has been a suitable approach in small groups of infertile men, but there is no controlled study. However, the diagnosis of adult GHD is underestimated; It cannot be based solely on measuring circulating IGF-1 levels, it requires extensive testing.
In case of decreased GH secretion, replacement therapy may be recommended, especially in patients with low semen and testicular volume who are passive to oligozoospermia and gonadotropin administration. The role of GH as a modulator of testicular growth, differentiation, steroid synthesis, metabolism, and oxidative state is still a very interesting area to be explored. All these actions enhance the fertility state in both sexes and partially exhibit the neuroendocrine roles of the pituitary GH, but because the reproductive tissues are not only domains of GH but also sites of local GH synthesis.