Stroke is the second leading cause of death and disability worldwide, defined as acute focal dysfunction of the brain, retina or spinal cord. It is generally divided into hemorrhagic and ischemic stroke. Hemorrhagic and ischemic stroke cause 2978 and 3348 thousand deaths, respectively, by 2015. More than two-thirds of deaths from stroke occur in developing countries around the world, especially in low and middle-income countries.
Stroke burden in Asia is heavier than Europe or North America. Stroke patients are more susceptible to systemic complications such as cardiac, pulmonary, gastrointestinal, genitourinary, musculoskeletal and neuropsychiatric systems, venous thromboembolism, etc. The prognosis of stroke is poor. Approximately 20-30% of patients died 6 months after the stroke, 20-30% had moderate to severe disability, and 20-25% had mild to moderate disability.
Traditional stroke risk factors are hypertension, decreased physical activity, increased lipoprotein (Apo) B / ApoA1 ratio and waist-to-hip ratio, unhealthy diet, depression, smoking, heart disease, alcohol intake, and diabetes mellitus. In addition, our clinical practice suggests that acute upper gastrointestinal bleeding will lead to paralysis. A few possible explanations are as follows. First, massive blood loss leads to decreased blood flow to the brain secondary to vasoconstriction of the cerebral vessels. Second, massive blood loss sometimes leads to reactive thrombocytosis, resulting in potential hypercoagulation.
Third, hemocoagulase is occasionally used to treat gastrointestinal bleeding, which can reduce fibrinogen concentration. Fourth, blood transfusion is an important treatment for upper gastrointestinal bleeding, but ischemia reperfusion damage in the brain cannot be ruled out.

Liver cirrhosis is the last stage of liver disease. Histologically, it is characterized by diffuse fibrosis, pseudo-lobular formation and regenerative nodules within the liver tissue. It is the 17th cause of death globally, and the death rate has steadily increased over the past 30 years, particularly in Central Asia, North Africa and the Middle East. The main causes of liver cirrhosis are chronic hepatitis B virus (HBV) and hepatitis C virus (HCV) infection, alcoholism, non-alcoholic steatohepatitis (NASH), drug abuse, and cholestasis.
The main complications are varicose bleeding. Ascites include cirrhotic cardiomyopathy, hepatic encephalopathy, hepatocellular carcinoma, portal vein thrombosis and other common venous thromboembolism. The current concept suggests that there is a tendency for both bleeding and thrombotic events in cirrhotic patients due to the reduction of both procoagulant and anticoagulant factors.

The Relationship Between Stroke and Liver Cirrhosis Overall, it remains unclear whether liver cirrhosis increases the risk of ischemic stroke. Most of the studies showed a clearly higher risk of general, ischemic, or hemorrhagic stroke in cirrhotic patients after adjusting covariates for non-cirrhotic patients. On the contrary, Chen and Solaymani-Dodaran suggested the protective role of liver cirrhosis in the development of ischemic stroke.
The heterogeneous results regarding this relationship among studies can be attributed to patient selection. The characteristics of the study population were different. Chen and Solaymani-Dodaran et al. focused on patients with non-alcoholic cirrhosis and primary biliary cirrhosis, respectively. By comparison, the study population had liver cirrhosis that was not specified in other studies. The relationship between liver cirrhosis and stroke is summarized based on the evidence from the studies mentioned above.

Potential Mechanisms for the Relationship Between Stroke and Cirrhosis 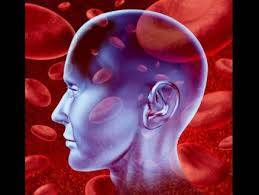 Second, the average life span of the platelet is shortened and thrombopoietin production is reduced. Thrombocytopenia is also caused by hypersplenism, antiplatelet autoantibodies, toxic effects of excessive alcohol intake, and interferon therapy. Third, hypercoagulability has been recognized in advanced cirrhosis due to increased factor VIII levels and low protein C levels. Therefore, both bleeding and thrombosis may develop in patients with cirrhosis.
Hypoperfusion
Hypoperfusion is frequently seen in liver cirrhosis. First, ascites is a common clinical sign in cirrhotic patients with liver dysfunction and portal hypertension, in which a large number of capillary fluid leaks into the abdominal cavity. Second, in liver cirrhosis, the serum albumin level falls frequently, which can reduce intravascular osmotic pressure. Third, massive gastrointestinal bleeding secondary to rupture of gastroesophageal varicose veins is a common complication of liver cirrhosis, leading to hypoperfusion of various organs. Fourth, cirrhotic patients have a hyperdynamic circulatory state characterized by arterial hypotension, high cardiac output, and low peripheral vascular resistance.
Heart diseases
Cirrhotic patients present with cirrhotic cardiomyopathy, often defined as cardiac systolic or diastolic dysfunction, without a prior history of heart disease. In addition, cardiac arrhythmias, particularly atrial fibrillation, are increasingly being recognized in patients with chronic liver disease. A nationwide population-based study suggests an increased risk of developing atrial fibrillation in cirrhosis.
Diabetes
Up to 70% of cirrhotic patients develop diabetes or impaired glucose tolerance. Evidence also suggests an association between hepatogenous diabetes and higher portal pressure and increased risk of mortality in hepatocellular carcinoma, hepatic encephalopathy, and cirrhosis. Various potential mechanisms of hepatogenous diabetes include reduced insulin clearance and hyperinsulinemia beta cell failure and decreased insulin secretion and increased secretion from alpha cells and hyperglycagonemia.
Dislipidemi
The liver plays a key role in the synthesis, separation and digestion of lipids, and patients with impaired liver function have dyslipidemia. Triglycerides, the ratio of triglycerides to high density lipoprotein and the ratio of apolipoprotein B to apolipoprotein A1 are increased in cirrhotic patients.
Patients with liver cirrhosis may have an increased risk of stroke, possibly due to concomitant high risk factors such as coagulopathy, hypoperfusion, heart disease, diabetes, and dyslipidemia. When a patient is diagnosed with liver cirrhosis, stroke therapy should be initiated.