It examines the effect of network market orientation on born globals competitiveness, and born global is a company concept that has become widespread recently. The study is the dynamic capability of the network based on certain knowledge as an important intermediary variable between market orientation and competitiveness. That is, it analyzes the contribution of absorption capability and finally affects the international performance achieved by this particular type of firm. The results from testing the proposed structural equation model facilitate the development of an absorption capability of the network market orientation in born globals. It also confirms that this capability affects the capacity of firms to utilize new relational information, thereby increasing their competitiveness and international performance.

In a study, data were collected from the Dun and Bradstreet and SABI databases, from Spanish companies under the age of 7 in 2012 and operating internationally. A total of six selection criteria were applied in two different situations before and during the field study in order to improve the examples by collecting these data and to ensure that the selected firms became born global. Therefore, the following criteria have been applied based on the filters available in the databases:
• Firms should not be older than 7 years old, thus ensuring that they are new companies,
• They must make their own strategic decisions, thus excluding subsidiaries or affiliates,
• Must have a minimum of three and a maximum of 250 employees, ignoring micro firms, self-employed and large firms. In addition, this improvement process resulted in a population of 1023 companies.
• Their international activities should have started within the first three years following their creation, thus showing that they are immediately included in foreign markets,
• Make up at least 25% of its annual sales abroad, thus providing proof of consolidated international presence,
• Form part of a network of companies with at least three members
The questionnaire was then pre-tested with a pilot sample of 25 companies to ensure correct understanding. An electronic version was then prepared for fieldwork, of which 303 returned valid responses. Analysis of the primary data revealed the key properties of the sample. Firms are mostly SMEs from the industrial sector, especially from the agro-food, metal and textile sectors.
Including companies that export and import products related to these industrial sectors, trade is represented with 31.6%. Finally, less than 7.2% of firms come from the services sector, mostly including finance, tourism and communications agencies. Firms have an average of 28.55 employees, 41.50% of commercialization efforts are abroad and their average age is 3.90. Regarding the networks to which firms belong, almost all of them became part of the network when they were created. These are generally marketing-oriented networks and consist of an average of 5.81 companies close to the company.

Research in the business sciences has been gradually enriched with the introduction of more sophisticated methodologies. This higher degree of development has enabled researchers to design and test increasingly complex models to explain business reality. Structural equation models aim to overcome the limitation developed mainly in econometrics and shared by other multivariate techniques such as multiple regression, factor analysis, multiple regression, factor analysis, multivariate analysis. It also emerged from the evolution of multiple equation modeling combined with measurement principles from psychology and sociology.
Variance or discriminant analysis can only examine one relationship at a time. Unlike the techniques mentioned, an analysis based on a structural equation model (SEM) can explore a number of dependent relationships simultaneously. Therefore, this technique is particularly useful when a dependent variable becomes an independent variable in subsequent dependency relationships.
There are numerous studies pointing to the important contribution that Born globals make to the progress of global economies. This has defined the study of traits that define born flobals and characterize the internationalization process as a major concern for academics and researchers. Recent work in the field of international entrepreneurship has encouraged researchers to contribute to the current understanding of the rapid internationalization processes of firms through richer empirical and theoretical studies. In general, it contributes to the increased support in recent literature to consider market knowledge as a key factor determining the pace of new companies adopting a proactive approach as they cross national borders to seize new opportunities in other foreign markets.
In current dynamic contexts, born globals listen to the voice of the market and interpret it correctly. Firms that lose contact with the market, ignore or misinterpret their signals may fail in extremely competitive environments. Specifically, the findings contribute to the specific literature with a variety of relevant theoretical and empirical implications. First, progressive models emphasize experience as an important factor in the internationalization process of the firm by focusing on identifying the most relevant sources of foreign market knowledge. However, the experience gained from physical presence in foreign markets is minimal in the case of born globals due to their new creation. For this reason, experience cannot be considered as the main source of information they use in entering foreign markets. 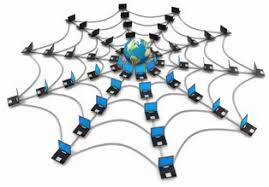 A growing number of academics emphasize the role of indirect knowledge from relationships in networks as the key source of external knowledge and knowledge in born globals. As noted, relationships between firms in a network context create an inter-agency scenario for the exchange, compilation, integration and development of resources and valuable complementary information initially from individual representatives. From the moment a born Global is created, the connections it has established to its own network provide access to external knowledge, knowledge, experience and resources that it can apply internally. Parallel to these arguments, the structure of network market orientation can be viewed as a reference for determining how born globals generate and manage indirect information. The second allows the theoretical description and empirical testing of the behaviors and underlying mechanisms that characterize the development of a coordinated market orientation among firms in the born global networks. It responds to previous calls emphasizing the need to supplement the assumptions of individual market orientation from a relational perspective. These findings suggest that the market orientation structure should be implemented at both individual and network level. Thus born shows that it should complement existing literature on the importance of individual market orientation in globals.
It also shows that the knowledge these firms gain from their market-oriented networks help them develop an absorptive dynamic capability to act sustainably in their international markets. Therefore, the development of born globals to absorb should be understood as a relational process rather than a purely internal process. This finding adds to the debate about the attention deficit to identify key variables that are beyond competitiveness. As a matter of fact, it responds to the comments of some researchers that there is theoretical and empirical knowledge about the internal and external premises of the international performance of the new, despite the increased interest shown in recent years as a result of the intense globalization process in the markets.
It complements the previous literature in which the analysis of these variables tends to take an individual approach. And they are specific talents such as a market orientation, an entrepreneurial orientation, or marketing and management skills. In summary, it has been empirically proven that the adoption of an orientation based on market knowledge and social networks (network market orientation) encourages the development by born globals of a dynamic absorption capability that contributes to systematic and effective adaptation to the dynamic and changing markets in which they operate. By integrating theoretical approaches from international trade and entrepreneurship, it provides a new framework that enhances the understanding of the central role of knowledge in the way born globals capture and create opportunities across national boundaries.