Growth hormone (GH) acts on all organs and tissues, patients with untreated GH deficiency (GHD) suffer from a variety of effects that occur as a result of the deficiency of this key hormone. GH-deficient organ systems have not been treated in children and adults. Apart from these, it has been concluded that GH is a co-hormone that appears to be essential for the physiological actions of other important hormones in humans.
Many times, GH plays a role in the regeneration of the liver, the development and normal functioning of the kidney, and the amount of fat mass, acting directly, in cooperation with other hormones or through its own mediators. For example, in the development and maintenance of skeletal muscles, skeletal development and mineral acquisition in bones, complex systems such as the hematopoietic system and the immune system. Also, the hormone can act at the gastrointestinal level and on the adrenal glands. This article contains information about the physiological effects of the hormone on these skeletal muscles and systems and the consequences of its loss when not treated with replacement therapy.

The GH-IGF-1 axis represents an important physiological mechanism for coordinating hypertrophy and postnatal skeletal muscle expansion. In both normal rats and adult-onset GHD human patients, administration of GH increases muscle strength and decreases body fat. In GHR-deficient mice, muscle mass was reduced with defects in myofiber specification and growth. In skeletal muscles without GHR, the number of myofibers is normal while there is a decrease in the size of myofibers. The administration of GH, a mechanism mediated by the transcription factor NFATc2, facilitates the fusion of myoblasts with newly emerging myotubes by increasing the mionuclear number. For some time, however, it has been debated whether the positive effects of GH on muscle mass would be limited to inducing increased uptake of amino acids by muscle, effects on muscle protein synthesis, and thus an increase in muscle mass. It depends on GH-induced IGF-I expression mediated by STAT5b. In fact, recent in vitro studies show that treatment of primary myoblasts with GH rapidly increases IGF-I mRNA, while IGF-I administration leads to a significant increase in primary myoblast proliferation. Thus, the role of GH in muscle is due to its induction of IGF-I production by myoblasts, and IGF-I is then responsible for stimulating myoblast proliferation in an autocrine manner.
The fact is that GH and IGF-I cause a hypertrophic effect on skeletal muscles through different signaling pathways, and their effects contribute. Degradation of the GHR in skeletal muscle and consequent histomorphometric changes in myofiber type, size and number of myonuclei result in functionally impaired skeletal muscle. Consistent with these effects, the histology of the muscles of untreated GHD patients is greatly altered and glucose and triglyceride uptake and metabolism in skeletal muscle of GHR mutant mice are affected.
However, the effects of GH on skeletal muscle are as follows:
• Induces IGF-I expression in myoblasts,
In turn, IGF-I causes the proliferation of these myoblasts and produces muscle hypertrophy,
One of these is due to the effects of GH regulators of substrate metabolism on gene expression and cellular growth of skeletal muscle such as GISH. The other is due to GH-induced lipolysis, which leads to increased levels of free fatty acids in plasma (FFA), and these stimulate the expression of the ANGPTL4 gene, which directly affects cellular growth. Additionally, GH inhibits the expression of muscle myostatin, a negative regulator of muscle growth, but this last effect has been questioned recently. According to the effects of GH / IGF-I on skeletal muscles, untreated GHD patients have decreased muscle strength, but this is corrected by GH therapy.
In humans, a single bolus of GH induces gene expression of substrate metabolism regulators and cellular growth of skeletal muscle in vivo. Some of these genes, such as the GISH gene, appear to be directly induced by GH. However, other genes such as the ANGPTL4 gene appear to be expressed in relation to the subsequent increase in free fatty acid levels induced by GH-dependent lipolysis. These results are consistent with the role GH plays in lipid metabolism. Regarding the putative effects of GH on muscle strength, GH use is predicted to improve physical capacity in subjects without GHD through stimulation of collagen synthesis in tendon and skeletal muscle, leading to better exercise training and increased muscle strength. 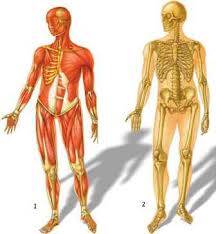 In this context, the use of GH should be an option to increase muscle strength in healthy elderly people. However, one clinical study showed that after 6 months of treatment, muscle strength in bench press-responsive muscles did not increase in the GH (no GHD) or placebo-treated groups, and there was a statistically significant increase in leg pressure-responsive muscles in GH. The study showed an increase in muscle strength only in the lower body. Therefore, GH administration does not provide significant improvements in muscle strength except in the presence of GHD. Interestingly, sarcopenia occurs during aging or after prolonged inactivity. While most likely this is a multifactorial process, a dominant role, as shown, inhibits cell cycle progression. It is also played by myostatin, a muscle hormone that reduces the levels of myogenic regulatory factors and thus controls myoblastic proliferation and differentiation during developmental myogenesis.
GH-induced muscle expression of the IGF-I-Akt-mTOR pathway, which mediates both differentiation in myoblasts and hypertrophy in myotubes, has been shown to inhibit myostatin-dependent signal. Blockade of the Akt-mTOR pathway using siRNA to RAPTOR, a component of TORC1 (TOR signal complex 1), facilitates the inhibition of muscle differentiation by myostatin due to the increase in Smad2 phosphorylation. Therefore, administration of GH in these muscle wasting conditions can be beneficial for improving muscle mass at the expense of inhibiting myostatin signaling. However, a more recent study challenged these concepts by showing that GH therapy in GHD did not reduce previously elevated levels of myostatin in plasma and skeletal muscle. These researchers concluded that GH therapy is less effective at increasing skeletal muscle mass than higher weight-based diets. Regardless of this, the role of GH / IGF-I in skeletal muscle is key and clear.

The actions of the GH – IGF-I axis in the growth plate to promote longitudinal growth are already well known, but these are not the unique effects that the GH / IGF-I system plays at the bone level. This axis also regulates skeletal development and mineral uptake. Mouse models with disruptions in the GH – IGF-I axis show a clear deterioration in bone health parameters due to GH-induced IGF-I expression, which increases bone mineral density. Apart from GH, other GH-independent mechanisms such as parathormone (PTH) regulate bone IGF-I expression. 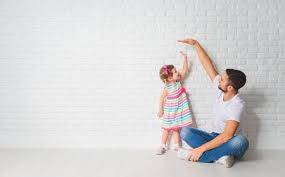 Experimental mouse models reveal that IGF-I derived from osteoblast is an important determinant of bone mineralization. Targeted osteoblast-specific overexpression of Igf1 through the osteocalcin promoter produces the phenotype of increased bone mineral density and trabecular bone volume. Moreover, the gene is destructive in bone and muscle via Cre recombinase expressed by collagen type 1 & # 945; 2.
In summary, although the effects of GH at the bone level are mainly associated with the longitudinal growth of the organism before the end of puberty and its effects are mediated by the local production of IGF-I, both of GHD cannot be ignored. It may also play a role in the development of pathological and physiological (as in aging), osteopenia or osteoporosis.