A classic glutamatergic synapse is at the top of the dendritic spine tree. The spine consists of a neck protruding from the dendritic shaft and a head from which the information is actually received. A general description of the glutamatergic synapse includes a presynaptic button that looks through a slit with a postsynaptic spine. The area of ​​the presynaptic button opposite the postsynaptic spine contains glutamate-filled vesicles and is called the active site (AZ). A number of vesicles ranging from 10-20 are attached to the presynaptic membrane by the SNARE complex (soluble NSF binding proteins), a protein complex that locates vesicles ready to be released.
The arrival of a presynaptic spike activates vesicle fusion and pore formation, which are activated by the SNARE complex following Ca2 + influx. The first step in transferring the single basic information bit is the release of a glutamate vesicle regulated by the SNARE complex after the subsequent arrival of a presynaptic spike. Considering the spike as the basic bit of the transported neuronal information, the EPSP can be considered as the basic bit of synaptically encoded information. The presynaptic surface containing the embedded vesicles is separated from the postsynaptic one by a distance (slit) of 20 nm. The synaptic cleft is a volume in which glutamate molecules released by the presynaptic vesicle are propagated by Brownian motion. The arrival of the presynaptic spikes, thanks to the Ca 2+ and SNARE complex, causes the formation of a pore between a vesicle and the presynaptic membrane. This pore is the pathway glutamate molecules follow as they pass from the vesicle to the synaptic cleft.
Assuming a general cross section, the diameter of the cortical or hippocampal glutamatergic synapse varies between 0.2-1 m. Assuming AZ circular space and a 20 nm slit, a cylindrical field volume is obtained that many authors use to study synaptic transmission with a computer modeling approach. Not all synaptic “cylinders” are free for glutamate to diffuse. While AZ occupies only part of the entire synapse (mean radius 0.11 m), the surrounding part is occupied by the fibrils fixing the pre- and postsynaptic neuron.
On the postsynaptic side, the two types of glutamate receptors are colocalized (lower part of the cylinder) in an area that is almost the same size as AZ and is considered a circular shape. This domain is called postsynaptic density (PSD) and contains N-methyl-d-aspartate sensitive receptors (NMDA receptors), which contain -amino-3-hydroxy-5-methyl-4-isoxazole-propionic acid sensitive receptors (AMPA receptors) and sites. for binding glutamate molecules (also for glycine, which is required for synaptic activity). These two types of receptors have different roles in the transfer of synaptic information, which we will discuss in detail later. Both types are tetramers made up of dimers, and the dimeric composition of the receptor plays an important role in shaping the postsynaptic response.
Apparently, the information transfer process is very simple in principle. The arrival of a presynaptic spike produces the fusion of a vesicle with the release of glutamate that activates postsynaptic receptors and produces a depolarizing current (EPSC), which causes a variation of the postsynaptic membrane potential called EPSP radiating from dendritic branches. (soma, to postsynaptic spike formation) However, any of the transitions from the presynaptic to the postsynaptic side undergo a series of information rearrangements that make the whole process extremely complex to both study and interpret.
Essentially, different modulation systems produce some kind of complex nonlinear variability of the postsynaptic response. The variability of EPSP is caused by both pre-synaptic and postsynaptic control mechanisms, and some of this variability appears to be stochastic in nature. There are some (but not all) regulatory mechanisms that imply alteration of the variability of the postsynaptic response and their possible stochastic or deterministic nature. These mechanisms are; 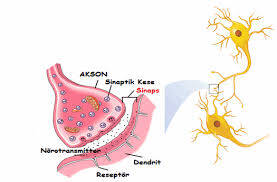 Extra synaptic factors of EPSP variability
Looking just outside the limited synaptic space, several other factors can affect EPSP formation. In short, this can be said according to the Equations. Any factor that can affect the membrane potential in the proximity of the synapse may play a role in shaping EPSP. The first important structure we find outside of the synaptic space is the neck of the spine. It is the communication path between synapse and dendrite, and electrical resistance determines the amount of information that passes into the cell (dendrite). The value of neck resistance, then, is very important for the flow of information between different areas of dendrites and soman. The backbone morphology is variable and hence the bioelectrical properties and the presence of voltage-gated channels can further affect the ability to transfer synaptic information.
According to some researchers, neck diameter and resistance are also modulated during a single synaptic event. The modulation of neck resistance ultimately produces a modulation of EPSP delivered to the soma. But the neck doesn’t just carry synaptic information to the dendrite. It also moves in the opposite direction by moving information about the dendrite state to the PSD. In other words, the PSD is made aware of information from other synapses located nearby. Dendritic activity actually generates a net current whose direction depends on the potential difference between the two structures, creating a potential difference between the dendrite and the head of the spine. The current from the dendrite is amplified mainly by the high input impedance of PSD, which strongly affects the total EPSP and aggregation of NMDA receptors. The neck of the spine, then, is a powerful modulator of synaptic information transfer, depending on the level of excitation (depolarization) of the membrane potential in the dendrites.
Taking into account the large number of inputs (3 × 1033 × 103 to 3 × 1043 × 104), dendritic arborization is not an electrical isopotential split. Potential differences between different branches may be due to different input activities and increased back propagation in areas where it may occur. Spike back propagation depends on the presence of Na + and / or Ca2 + voltage-gated channels in dendrites. The presence and density of these channels differ both between neurons and between different dendritic regions in the same neuron. And as a result, the potential differences can generate complex potential waves that pass through the dendrites, and this wave can reach the PSD through the neck resistance affecting the single synaptic event. Recent studies have examined a possible effect of potential waves produced by excitatory synaptic activity on single synaptic response independent of re-propagation. It has been determined that depending on the number of active synapses and their average firing frequency, the amplitude of the response, the peak level, and the time to peak vary in a complex non-linear fashion. The number of active synapses somewhat simulates input from a region of the brain where, for example, a group of active neurons firing more or less synchronously (in response to a stimulus) on the same neuron on the same neuron. (dendritic area)
For the previously mentioned case, for example, a neuron of a hippocampal subdomain can receive synchronized inputs from a large area of ​​the dentate gyrus (many neurons) as well as areas of the Entorhinal cortex in discrete regions of the dendritic branches. Neurons from either of these two areas fire with an average frequency and standard deviation depending on the degree of their synchronization. Such a state generates waves into the dendritic field dealing with excitation directly affecting any single synapse active in the same time interval.
The membrane potential of the receiving neuron oscillates between the two levels forming a voltage “band”. The amplitude of this voltage “band” depends on the number of active synapses and their average firing frequency. The EPSP of a particular synapse can occur at any level within the “band”. According to the equations, depending on the level at which the EPSP of a particular synapse begins, its properties (amplitude, peak level, NMDA contribution, etc.) will change. In this band, it is possible to set an average value that can be considered as the maximum probability level that VmVmEPSP can occur.
This average level increases (more depolarized) by increasing the number of active synapses or firing frequencies. The presence of this voltage “band” provides a large gamma at possible levels. It represents a very strong regulator of single EPSP depending on the time at which VmVmEPSP can occur and consequently occur (phase of oscillation within the band). To put it differently, the way EPSP coincides with a certain level determines the type and amount of information the synapse transmits. NMDA receptors, which depend on membrane voltage for their activity, are particularly sensitive to this kind of regulation and are indeed considered very important for phenomena such as EPSP’s “overlap” with the activity of other synapses, LTP, and memory.
(Depends on NMDA) These are the basic mechanisms that suggest that neurons act as chance detectors in generating mostly LTP and memory phenomena The dendritic activity regulating effect on the transmission of a single bit of synaptic information is mainly due to its potential variation in the membrane and can be summarized as: Increment back propagation and active synaptic inputs in the dendritic tree.