Alzheimer’s disease (AD) represents one of the biggest healthcare problems of the twenty-first century. In addition to known pathologies such as intracellular accumulation of neurofibrillary nodes and extracellular deposition of amyloid-beta plaques, other factors such as irregular GSK-3 activity, mitochondrial dysfunction, inflammation and oxidative stress have also been shown to play a role in the pathogenesis. NAME. The accumulated evidence for the neuroprotective effect of lithium as an important mechanism of this ion in mood disorders over the past two decades is reflected in the increase in cerebral gray matter volume in lithium-treated subjects. 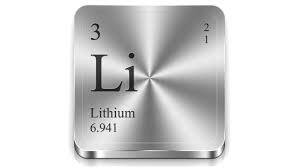 The neurobiological mechanisms of lithium neuroprotective effects may also be related to the pathogenesis and treatment of AD, and these will be explained. Most epidemiological studies have shown a negative association between lithium use and dementia, including the most recent two articles on lithium concentration in drinking water. In this article, the results of some promising studies using lithium in the treatment of dementia will also be presented. Therefore, given the insufficiency of current treatments for AD, further testing of lithium as a disease-modifying therapy in this disease may be necessary. This article provides information on some promising preliminary studies on the use of lithium in the treatment of mild cognitive impairment (MCI) and AD.

Results of population studies on the relationship between lithium and dementia were reviewed by Donix and Bauer. Data from large cohort and most case-control studies suggest an association between lithium therapy and a reduction in dementia risk or dementia severity.
In their publication in 2005, Dunn et al reported that among 19,328 participants selected from the General Practice Research Database, more dementia subjects were treated with Li compared to control subjects without dementia. However, mood disorders are the most common indication for Li treatment and also belong to the strongest risk factors for dementia, and since this study did not control compliance / optimal treatment, it may have simply detected an increased risk of dementia in mood disorders. Terao et al. examined the clinical records of 1423 outpatients in a university psychiatry department and compared a lithium-treated patient with an age- and gender-matched control group who were not prescribed lithium.
Patients who previously received lithium and / or were currently using lithium had significantly better Mini Mental State Examination (MMSE) scores than control patients. Nunes et al. investigated the occurrence of AD in 66 elderly BD patients who were evaluated during euthymia and who received long-term lithium treatment and in 48 patients of the same age who did not take lithium recently. The percentage of dementia patients was 19% in the first group and 7% in the second group. The diagnosis of AD was made in three patients (5%) receiving lithium and 16 patients (33%) not taking lithium, suggesting that lithium therapy may reduce the prevalence of AD in patients with bipolar disorder. Angst et al. studied subjects with bipolar disorder (N = 220) followed by major depressive disorder (N = 186) from 1965 to 1985 who had long-term treatment with lithium, clozapine, or antidepressants. The prevalence of dementia in the whole group showed a significant relationship with age. However, when analyzing 88 patients with dementia, the age-related relationship was lost, and there was an inverse correlation trend between lithium administration and dementia severity.
Two study papers from the University of Copenhagen used Denmark’s nationwide record of lithium prescriptions. In the first, a comparison was made for a diagnosis of dementia or AD between 16,238 people who bought lithium at least once during inpatient or outpatient treatment, and 1,487,177 people from the general population who never took lithium. Those who bought lithium at least once had a 1.5 times higher rate of dementia than those who did not take lithium. However, the rate of dementia in those who continued treatment with lithium fell to the same level as the general population. Such a reduction was specific to lithium because there is an increased risk of dementia with duration of treatment in people taking anticonvulsant medication.
The second study followed 4856 patients who were diagnosed with manic or mixed episodes or bipolar disorder during their first psychiatric interview during 1995-2005 (103.6 / 10000 person-years). The percentages of patients taking the prescribed medication are as follows: lithium 50.4%, anticonvulsants 36.7%, antidepressants 88.1% and antipsychotics 80.3%. During the follow-up period, 216 patients were diagnosed with dementia. The low rate of dementia in bipolar disorder patients has been found to be associated with long-term treatment with lithium. On the other hand, such a phenomenon has not been observed with continued therapy with anticonvulsants, antidepressants or antipsychotics. 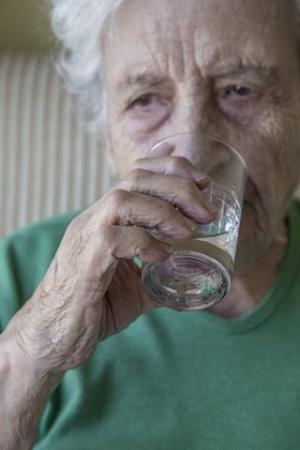 In 2015, Gerhard et al. studied the association of lithium and dementia risk in a large US cohort of publicly insured older adults with bipolar disorder (n = 41,931), including individuals aged 50 who did not receive dementia-related services in the previous year. Each follow-up day was classified by the cumulative duration of lithium use in the past year. Compared to unused, 301-365 days of lithium exposure was associated with a significantly reduced risk of dementia.
Two articles have recently been published examining the relationship between lithium and dementia in drinking water. Kessing et al. In Denmark, they conducted a case-control study that examined a relationship between the municipality of residence and measurements of lithium in drinking water. The data were obtained from all patients between the ages of 50 and 90 years who were diagnosed with dementia during hospitalization between 1970 and 2013. A total of 73,731 dementia patients and 733,653 controls were included in the study.
Lithium exposure was statistically significantly different between patients diagnosed with dementia and controls, and a nonlinear relationship was observed. Compared with individuals exposed to 2.0–5.0 g / L, the incidence rate of dementia was 15.0 g / L and those exposed more than 10.1–15.0 g / L decreased and increased by 5.1–10.0 g / L. Similar models for Alzheimer’s disease and vascular dementia were found as results. In the second study, Fajardo et al. studied the relationship between trace lithium levels in drinking water and changes in AD mortality in various Texas counties.
Since 2007, 6180 water samples have been obtained from public wells, and changes in AD mortality are calculated by subtracting the aggregated age-adjusted mortality rates between 2000 and 2006 from those between 2009 and 2015. The age adjusted AD mortality rate increased significantly (+ 27%) over time, the authors noted. Changes in AD mortality were negatively correlated with trace lithium levels, and statistical significance was maintained after controlling for most risk factors except physical inactivity, obesity, and type 2 diabetes. In addition, the prevalence of obesity and type 2 diabetes was positively correlated with changes in AD mortality, but also negatively correlated with trace lithium in drinking water. The results suggest that trace amounts of lithium in water may be negatively linked to changes in AD mortality, as well as obesity and type 2 diabetes, which are important risk factors for AD.

In 2008, Macdonald et al. They first sought to evaluate the safety and feasibility of long-term (up to 1 year) prescribing lithium in 22 elderly people with mild to moderate Alzheimer’s disease (AD) in an open-label study. A comparison group that did not receive lithium was matched for cognition and age. The mean duration of treatment was 16 weeks for 14 patients who left early and 39 weeks for those who continued treatment at the end of the study. In three patients, the reason for discontinuation was possible side effects that disappeared upon discontinuation of treatment. Intensity of side effects did not differ between patients who discontinued treatment and those who remained in the study. Two patients who took lithium died; however, in both cases, lithium treatment was not associated with the cause of death.
In 2009, the first randomized lithium trial appeared in patients with mild AD. Seventy-one patients were randomized to receive lithium (0.5-0.8 mmol / l) (n = 33) or placebo (n = 38) for 10 weeks. The results showed that there was no difference between lithium in terms of global cognitive performance as measured by the ADAS-Cog subscale, depressive symptoms, plasma activity of GSK-3, and disease biomarker concentrations in cerebrospinal fluid (CSF). However, interesting results were obtained by the analysis of a single site subsample (Tübingen) involving 27 patients, 13 of whom were randomized to lithium and 14 to placebo. In lithium-treated AD patients, compared to placebo-treated patients, there was a significant increase in BDNF serum levels and a significant reduction in cognitive impairment as measured by ADAS-Cog total scores. 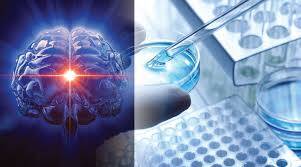 Two Brazilian studies in 2011 and 2013 produced some promising results. Forlenza et al. Used lithium in a placebo-controlled study of 45 patients with amnestic mild cognitive impairment (MCI) randomized to lithium (n = 24) or placebo (n = 21) for 12 months. They found that lithium treatment (0.25-0.5 mmol / l) was associated with significantly better performance on the cognitive subscale of the Alzheimer’s Disease Rating Scale and a significant reduction in P-tau protein in the cerebrospinal fluid (CSF). In the second study, Nunes et al. Evaluated the effect of a microdose of 300 g lithium given once a day for a period of 15 months to patients with AD. During this time, the group receiving the lithium microdose did not show any decrease in performance in the MMSE test. Such a decrease was observed in the control group.
In a meta-analysis by Matsunaga et al., Three clinical trials were identified, involving 232 participants who met the study inclusion criteria. The results showed that lithium significantly reduced cognitive decline compared to placebo (standardized mean difference = -0.41). There were no significant differences in wear, discontinuation due to all causes or side effects, or CSF biomarkers between treatment groups.
There is robust and well-reproduced evidence of a positive association between Li treatment and gray matter volumes. There is also a strong experimental background for the biochemical basis of the neuroprotective effect of lithium, which may have a possible relevance to this ion’s therapeutic effect in AD. A negative association between lithium use and dementia has also been highly significant, confirmed in most epidemiological studies, including recent studies on lithium in drinking water. Likewise, the consequences of lithium use in the treatment of AD include some methodological and clinical issues that make interpretations difficult. The heterogeneity of studies regarding methodology, duration of intervention, dose regimen, as well as outcome variables must be acknowledged.
Regardless, they are three of the four available studies meta-analyzed by Matsunaga et al. They suggested some benefits of lithium therapy in the early stages of amnestic mild cognitive impairment or AD, including effects on disease biomarkers.
Despite a wide variety of supporting evidence, the neuroprotective effects of lithium are often neglected and little known outside the domain of mood disorders. However, given the insufficiency of current treatments for neurodegenerative disorders, we cannot let the research into the neuroprotective effects of lithium stop. The evidence presented in this section will require further testing of lithium as a disease-modifying treatment for AD.