There are various and large quantities of enzymes, such as actinobacteria that are widely used for different industrial purposes. The specific properties of enzymes allow reactions in industrial functions to be carried out under milder conditions, with better efficiency and less waste. Further redesign is crucial for natural enzymes because they are often unsuitable for biocatalytic processes. Recently, new microbial natural and creating enzymes have been discovered simultaneously with genomic, metagenomics, proteomics, efficient expression systems and cutting edge technologies of emerging recombinant DNA.
The ongoing development of enzyme biotechnology helps improve the field of industrial biocatalysis. Thermophilic actinobacteria produce thermostable enzymes that are widely used in industrial processes. Conversely, psychrophilic actinobacteria grow well at low temperatures and as a result their enzymes are more effective at low temperatures. The advanced DNA sequencing technique allows the sequences and functions of all genes synthesizing proteins commonly used in the industry to be identified and identified. Recombinant strains can be obtained using certain biotechnological tools to potentially increase enzyme production on a large scale.
Improvement of enzyme properties can be accomplished by generating an increasing demand. Industrial enzymes often need more fine tuning to achieve industrial scale production. It is the urgent use of recombinant DNA technology on large industrial scales due to the 100-fold increase in production. There are two main ways of adapting enzyme modification functions to rational redesign and combinatorial methods. These two main ways are as follows:

This strategy is based on using mutations directly to arrive at amino acid substitutions that require full knowledge of the 3-dimensional structure and chemical mechanism of the enzymatic reaction. Databases contain protein structures and sequences, so sequence comparison of a new enzyme with references can identify related enzymes whose functions or structures are already known.

Combinatorial methods rely on certain factors related to an enzyme molecule such as chirality, biocatalytic effect, catalytic rate, solubility, specificity, and stability. These methods are faster, cheaper and, under certain conditions, better behave than natural methods than methods of finding new enzymes. Combinatorial methods, also called directed evolution, have random mutagenesis using different techniques such as PCR in the protein encoding gene, repeated oligonucleotide directed mutagenesis, and chemical agents.
The PCR technique reveals both random and point mutations in a large number of enzymes. These techniques perform randomly recombinant in vitro, typically among the parent genes with higher than 70% homology. The point mutation is carried out by target active site residues (about 10-15 amino acids) and those closest to it (another 20-30 amino acids).
There is another way, called CAS Ting, based on a combinatorial active site test in which libraries are constructed from groups of two or three residues made from active site residues. When running the PCR, the amino acid alphabet is reduced and new proteins consisting of only 12 amino acids are synthesized. Other techniques are mixed exons or domains, loop regions, random cuts or insertion and deletion of codons. Moreover, random redesign technology is used to create new and improved enzymes with the highest activity, more stable at different pH values ​​and temperatures, increased chirality, altered substrate specificity, stability in organic solvents.
There is new substrate specificity, activity, increased biological activity of protein pharmaceuticals and biological molecules. The directed evolution method can increase glyphosate-N-acetyltransferase activity 10,000 times and thermostability 5 times. The directed evolution study has led to the availability of new and improved enzymatic proteins on the market since 2000.

Molecular biology techniques, especially recombinant DNA, have a great influence on the production of enzymes from different microorganisms. Some of the different microorganisms; Bacillus spp, ralstonia eutropha, pseudomonas fluorescens, saccharomyce cerevisiae, pichia pastoris, hansenula polymorpha, aspergillus spp, trichoderma and E. coli.
The latter is the most common bacteria used for this purpose due to its accurate genome modification, rapid growth and good growth in different environments. Moreover, the bacteria of the pseudomonas fluorescensPfenex Company can produce 20 g / L of protein. On the other hand, saccharomyces cerevisiae are more useful than bacteria because they are often used as a cloning host.
It has high cell density, produces heterologous proteins, and its genetics are more developed than other eukaryotes. Despite all the benefits mentioned, this yeast is not suitable for use in the mammalian protein industry on a large scale. Because hyperglycosylation is due to the accumulation of α-1,3-mannose residues, the antigenic response in patients is due to the absence of strong and tightly regulated promoters. P.pastorisen is considered one of the common industrial microorganisms and can produce more than 700 proteins. Recombinant protein production has 22 g / L for intracellular proteins and 14.8 g / L for secreted proteins.
P. Pastoris can produce up to 30 g / L of recombinant protein. DNA recombination technology is easier and easier to achieve 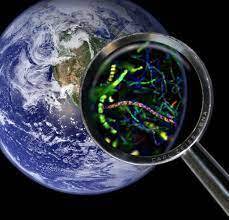 gene insertion and deletion is still difficult. The problem at the industrial level is that non-fungal protein production is low compared to homologous proteins. There are many strategies to overcome this problem, such as the creation of weak protease strains, the addition of a significant number of gene copies, the use of strong fungal promoters, efficient secretion signals, and the gene. They are fusions with a gene that encodes part or all of a well secreted protein. Chrysosporium has been found to have a great ability (50-80 g / L) for chance protein production, from which low viscosity and low protease mutants are obtained.