Transplantation is the definitive treatment method for end stage solid organ disease. While the waiting list for organ transplantation is growing rapidly, the current offer of suitable organs is not enough to meet the needs. Within the Eurotransplant region and worldwide, most of the transplanted organs are obtained from deceased brain-dead donors. It is well known that results obtained from kidney grafts from living donors (both recipient-related and non-recipient-related) are far superior to deceased organ donors in terms of delayed graft function, acute rejection, and graft survival. As there is a significant difference between the short and long-term survival of kidneys from living and dying donors, the focus has recently shifted from recipient to donor, to events occurring during and after brain death. Brain death is a devastating event that results in serious systemic disturbances, including hemodynamic instability, inflammatory, hormonal, metabolic, and hematological disorders. A limiting factor for a better transplant outcome in a potential organ donor is certainly the activation of the immune system that begins during, early and immediately after brain death. Therefore, brain death has become one of the key factors believed to significantly affect transplant function and survival. Early detection of potential donors is crucial to establishing timely and aggressive donor management to ensure the quantity and quality of available organs for successful donation and transplantation. Unfortunately, so far standardized guidelines for the management of brain-dead donors have not been implemented. However, the main goal for successful organ donation is to normalize and maintain physiological conditions, including hemodynamic stability, adequate oxygenation, and optimal fluid and electrolyte balance. Therefore, aggressive respiratory and hemodynamic monitoring is necessary to prevent unnecessary organ loss.

The use of methylprednisolone alone or as part of hormone replacement reduces the immunological activation observed after brain death in terms of decreasing cytokine production and preventing changes caused by proinflammatory mediators. In a prospective randomized study, decreased serum, graft cytokine expression, and improved graft function were found and reported in human liver transplantation after administration of methylprednisolone. In addition, inflammation in the heart and kidneys is reduced. The decrease in cytokine activation is almost comparable to levels seen in live donor transplantation. The use of methylprednisolone is associated with increased organ uptake and improved short- and long-term outcomes for most transplanted organs. Numerous other agents and approaches are being explored as part of organ preservation and preservation strategies. Among such strategies, it has been shown that it is possible to actively remove cytokines by hemoadsorption.
This led to at least a moderate decrease in circulating cytokine concentration, attenuating the inflammatory response associated with brain death. Although there are currently no RCTs in humans, animal models showed a reduced inflammatory response and improved oxygenation when noradrenaline was used. Glucagon-like peptide-1 Since (GLP1) analogs have been shown to have interesting cytoprotective effects in different liver and pancreatic disease models, these molecules have also been tested in experimental transplantation models. Treatment with the GLP1 analogue exendin-4 (Ex-4) alleviated inflammation and oxidative stress, thereby relieving liver, renal and pancreatic islet damage caused by brain death. After a single administration of antithymocyte globulin (ATG) to brain-dead mice, the inflammatory reaction in the myocardium was found to be significantly reduced in ATG-treated samples, IL-2 expression, and IL-6 accumulation in media cells compared to controls.
In a recent study by Jager et al, targeting complement activation after induction of brain death reduced kidney inflammation and improved kidney function before transplantation in animal models. It has been shown that the experimental donor rat pretreatment reduces kidney function preserving kidney function, kidney damage and inflammation before transplantation. Apparently, high-dose C1-INH treatment of brain death rat donors resulted in significantly lower renal gene expression and serum levels of IL-6. This results in improved kidney function and reduced kidney damage. Traumatic brain injury and other inflammatory conditions are currently treated in pre-clinical and clinical trials with a number of cellular therapies that are most interesting for their widespread use, isolation, and culture. Therefore, strategies targeting cytokine and complement activation in brain-dead human donors are emerging as a new and promising opportunity to improve organ quantity and quality for a successful organ donation and transplant result.

After supply, organs are subject to further injury due to their removal from their physiological conditions. Hypoxic damage has a detrimental effect on organ structure and function and contributes to increased immunogenicity. Prolonged ischemia, cold or heat is a risk factor for early graft dysfunction and worse long-term outcomes. The duration, heat or cold, and type of the ischemia period can also directly affect cytokine production. Otherwise, significant cytokine gene expression has already occurred immediately after brain death. That is, it has been shown that cytokine gene expression before transplantation is even higher than during acute rejection. Recently, a strong relationship has been found between cold ischemia time and IL-1 and IL-8 levels in human liver transplants. In the same study, warm ischemia time also correlated with IL-6 and IL-10. Successful conservation strategies are key to minimizing the impact of ischemic damage and reperfusion with increased immunogenicity after organ implantation. 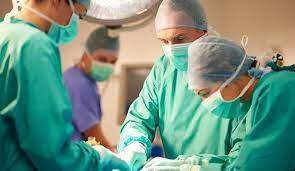 The standard that is considered valid for most solid organs is static cold storage (SCS), where the solid organ is stored on ice after removal from the donor and then removed from the ice box during implantation. However, new technologies enable the perfusion of the donated organ at the transplant stage or at the recipient center with the option of using different perfusates and various temperatures. Machine perfusion systems represent dynamic protection methods such as hypothermic, normothermic, oxygen persufflation. Hypothermic protection strategies are now widely used to reduce inflammation, lower the metabolic rate of cells, and reduce the effects of ischemia. In the largest meta-analysis to date, hypothermic machine perfusion (HMP) is superior to SCS in deceased donor kidney transplantation, and this applies to both DBD and DCD kidneys. The incidence of delayed graft function in kidneys taken from deceased brain donors is much lower in the hypothermic perfusion group. In addition, economic analysis reports suggest that HMP can provide cost savings in both North American and European environments.
Since very low temperatures can also have detrimental effects on organs in terms of cytokine and reactive oxygen production, several research groups over the past two decades have examined the effects of raising machine perfusion temperature to nearly normothermic temperatures. Almost normothermic protection applies to organs of marginal donors or donors, especially after cardiac death. In these cases, organ vitality is adversely affected by subsequent cold preservation due to prolonged periods of warm ischemia. Therefore, normothermic perfusion can increase preservation and transplantation results and reduce the risk of non-functional organs.
Consequently, organ donors with brain death represent the main organ source for organ transplantation. Brain death is a long path from a potential donor to a suitable graft and recipient result and can have a significant impact on the quality of the transplanted organs. Systemic changes due to brain death can damage organs beyond donation. Severe systemic inflammatory response increases graft immunogenicity, affects graft survival and transplant outcome. Therefore, immunomodulatory agents may be crucial in donor procurement and protection in the future.