At the beginning of the space age, all satellites were small and Sputnik 1 is the first artificial Earth satellite. It was launched by the Soviet Union on October 4, 1957 from the Baikonur Cosmodrome to an elliptical low Earth orbit (LEO) with an inclination of 65 °. Sputnik 1 is a 58 cm diameter metal sphere weighing approximately 84 kg with four radio antennas broadcasting at 20.005 and 40.002 MHz. Monitoring and investigation of Sputnik 1 signals from Earth provided valuable information about the upper atmosphere density, and the propagation of radio signals, information about the ionosphere.
Sputnik does not have solar panels, so its mission is over 3 weeks after its batteries are dead. Third, Explorer 1 is the first US satellite after Sputnik 1 and 2, and was launched from Cape Canaveral, Florida on January 31, 1958. The Explorer 1 is 205 cm tall, 15 cm long and weighs approximately 14 kg in diameter. Van Allen was the first spacecraft to detect radiation belts, and Explorer 1 had no solar panels, so its mission ended when the batteries were gone after 4 months. 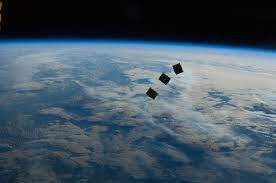 Pioneer 1 is the fourth artificial Earth satellite and was launched by the United States on March 17, 1958 from Cape Canaveral with a 34.25 ° inclination to an elliptical orbit of 654 by 3969 km. Vanguard 1 weighs only 1.47 kg in a 16.5 cm diameter aluminum sphere. It is also the first satellite to have six solar cells powering two signals at 108 and 108.03 MHz, used to measure total electron content. In the first two decades of the space age, each satellite has its own design. The standard spacecraft was virtually unknown until the late 1970s. In the early 1980s, micro satellites emerged, taking a radically different design approach to reduce costs, focus on existing technologies, and use appropriately qualified commercial-ready (COTS) components.
In the field of earth observation (EO), this leads to smaller target-oriented missions with less spacecraft and launch costs (joint journeys), enabling large (> 100) satellite nano and micro-satellite constellations with shorter revisit times. In the field of satellite communications, there are also plans to deploy huge constellations of LEO satellites to provide worldwide Internet coverage, IoT services, and machine-to-machine (M2M) communications. It is anticipated that improved inter-satellite communication capabilities (LEO-ground, LEO-LEO, LEO-MEO and LEO-GEO) will also improve the performance of EO systems. All of this aims to establish win-win collaborations between satellites to improve mission performance using unused on-board resources. And it leads to the evolution of the space segment from monolithic to distributed and converged satellite systems.

The so-called CubeSat standard was designed by Profs in 1999. Jordi Puig-Suari of California Polytechnic State University (CalPoly) and Bob Twiggs of Stanford University are to enable graduate students to design, implement, test and operate a complete spacecraft in a reasonable amount of time in space. CubeSats are small satellite tiers of 1 U that contain all major subsystems such as large satellites but use COTS components. Its standard only defines mechanical external interfaces, that is, those that refer to the orbit deployer. It was never originally intended to be a standard, but due to its simplicity it quickly became the de facto standard. 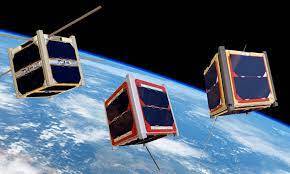 Prof. As Twiggs said in an interview with Spaceflight Now in 2014: It all started as a college education program satellite. He didn’t think people would criticize this as much as they did, but they got a lot of positive feedback. Another thing is that they are not interested in NASA or any military organization. So they all financed without any funding from these aviation organizations. The first six CubeSat was launched on June 30, 2003 on a Russian Eurockot. Then, more than a decade after the concept matured quietly in university labs, it was space agencies. And CubeSat-based task reliability could be improved appropriately. In 2013, it entered the commercial Earth Observation industry with the first launches of two companies currently running over 100 CubeSats constellations with very low revisit times for optical imaging or weather forecasting.
Many of the initial CubeSat limitations have been circumvented, the same revolution is happening in the fields of telecommunications and astronomical scientific tasks. The current CubeSat Design Specification defines envelopes for 1 U, 1.5 U, 2 U, 3 U, and 3 U + and 6 U form factors. Standardization of 12 U and 16 U is ongoing, but some companies have produced standards up to 27 U. On the other hand, smaller picosatellites called PocketQubes, which are about 1/8 the size of CubeSat, are also standardized. Arguably, what has had the most significant impact on the proliferation of the CubeSat standard has been the ability to separate the interface between the spacecraft and the poly-pico-satellite orbit dispatcher (P-POD) and between the disperser and the rocket itself. There are two different classes of POD; The first type is the classic type with four rails at the corners, and the second is the table type.
However, modern deployers of ISIS and NanoRacks have larger openings, wider solar panels and thinner rails compared to the original P-POD. For example, there are increased extrusion heights of up to 9 mm and those up to 2 kg per 1 U. As of June 2019, 64 countries nanosatellites or CubeSats have been launched. The total number of nanosatellite launches is 1186, of which 1088 are CubeSats. Most of these (273) are launched from the International Space Station at an orbit altitude of ~ 400 km with an inclination of 51.6 °, and the rest are typically 500 km in orbit synchronous with the sun (SSO), with a slope. They are at an altitude of 580 km (80 CubeSats) with an inclination of 97.5 ° (217 CubeSats) and 97.8 °. So far, only two (MarCO-1 and MarCO-2) interplanetary missions have been able to perform. Until 2013, most CubeSat was started by universities and research institutes, and most of them were 1 U or 2 U. However, in 2013 Planet Labs Inc. and Spire Global’s top 3 U CubeSats Inc. It has been released. This was the start of today’s revolution in EO, and as of June 10, 2019, these two companies launched the largest ever commercial constellations with 355 and 103 CubeSat respectively. With no more than seven CubeSat being released, there are 3 U CubeSat in the foreground, and 1 U, 2 U, and 6 U form factors will follow for the next decade. However, the next wave of growth is expected to be based on the 6 U and 12 U CubeSat, which offer the right balance between highly capable loads and limited production and start-up costs. It should be noted that the number of CubeSats that can be launched in a single rocket can be very high. The current record is for the Indian rocket PSLV-C37, which launched Cartosat-2D and 103 CubeSats on February 15, 2017, of which 88 are from Planet Labs Inc. and 8 are Spire Global Inc.