Sperm abnormalities are a major factor in human infertility. Since 1987, there have been various references describing optimal sperm parameters in different editions of the World Health Organization (WHO) guide. Over the years, many breeding professionals have continually discussed, recommended, and reshaped the framework values ​​in these guidelines. Semen parameters have a leading role in both natural pregnancy and assisted reproductive technology (ART) outcomes. Aberrations expressed in lower sperm count, impaired motility, abnormal morphology, and high sperm DNA fragmentation are associated with a reduced chance of conceiving pregnancy.
In cases of low sperm count, severe oligoasthenozoospermia (OA) or azoospermia, evaluation by karyotyping or sperm aneuploidy testing (SAT) may be an option, and if there is an obvious deviation or abnormality (eg, translocation, aneuploidy, etc.), genetic counseling will be necessary. Paying attention to lifestyle factors such as body mass index (BMI), diets, alcohol intake, smoking, and taking certain supplements and vitamin supplements can affect sperm parameters and contribute to a couple’s chances of conceiving.
The link between semen quality and fertility has been studied in humans since 1930. Semen analysis, a standard laboratory test, provides basic information about spermatogenesis, secretory activity of the gonads and patency of the male genital tract. Results obtained during semen sample analysis may indicate absence of spermatozoa, severe or mild deviation in sperm parameters, or normal values ​​for semen volume, sperm count and concentration, motility and morphology of spermatozoa.
Over the years, many reproductive experts have continually debated, proposed, and reshaped the framework values ​​of semen as it relates to male fertility. Since 1987, there have been various updates in different editions of the World Health Organization (WHO) guidelines that define optimal sperm parameters based on pregnancy outcomes. The last (fifth) edition of the guideline, published in 2010, describes a drastic decrease in cut-off values ​​for sperm parameters related to the chance of conceiving pregnancy, and its importance has therefore been widely discussed. One of the strong limitations of semen analysis and the fertility potential references defined in the latest edition of WHO is the lack of correlation with female age, since only 30% of infertility in couples is due to male factors alone. WHO’s sixth edition is under discussion as some of the aspects of the changes will be: semen analysis references including the Asian population; additional separate sections for sperm morphology and computer assisted sperm analysis (CASA); importance of microbiological evaluation. Some of the tests not applicable in modern andrology laboratory tests, for example, postcoital test, capillary tube, Hamster test, count in glass chambers, will be omitted from the manual. It will help to find new techniques such as sperm DNA fragmentation tests, aneuploidy screening, acrosome reaction test, motile sperm organelle morphology examination (MSOME), Calcium ionophore activation, Catsper channel activity examination, effect of epigenetics and miRNA.

What Are Semen Sample Parameters?

The parameters evaluated in the semen sample are as follows;
• Periods of sexual abstinence,
• Gonadal aktivite,
• Abnormal hormonal levels,
• Testicular size, body mass index (BMI),
• Uogenital infections and taking antibiotics or anabolic substances,
• Individual diet regimen,
• The person’s work environment and lifestyle
Sperm parameters have a leading role in both natural conception and assisted reproductive technology (ART) outcomes. To determine male fertility potential, at least two to three sperm samples should be analyzed in a 3-month period. Attention to individual variability in parameters should be considered. Reports from various studies show fluctuation in sperm volume and number, concentration, motility and morphology in an individual.
There are limitations to semen analysis due to patient specificity and the use of good laboratory practice protocols. This analysis alone has contradictory clinical value and may not be a stand-alone predictor of male fertility. Exceptions are made in cases such as azoospermia, globozoospermia, or necrozoospermia and male infertility may be indicated.
In the absence of sperm cells detected by microscope observations (azoospermia), the situation needs to be investigated further. At least two separate semen analyzes are required. Centrifugation of the entire drained volume is necessary to detect specific conditions. When few or sporadic sperm cells are diverted in the sediment of the centrifuged sample, the definition will be cryptozoospermia.
Azospermi
Approximately 10-15% of infertile men are diagnosed with azoospermia. When a patient is diagnosed with azoospermia based on laboratory testing, other hormonal and genetic testing is required along with andrology, urology, genetic consultation and ultrasound scanning. Azoospermia types;
Obstructive azoospermia (OA)
It may be due to obstruction in the epididymis, vas deferens, or ejaculatory duct. It can also be the result of infections, inflammation, scrotal trauma, rare genetic conditions (cystic fibrosis), vasectomy or damage to the vas deferens, or previous surgery. Depending on the specific situation, microsurgery is an option to restore the passage of sperm cells. Different techniques for obtaining sperm: percutaneous epididymal sperm aspiration (PESA), microsurgical epididymal sperm aspiration (MESA), testicular sperm aspiration (TESA) or testicular sperm extraction (TESE) can be applied to obtain germ cells in vitro; Fertilization (IVF) or ICSI treatment etc. as
Nonobstrüktif azospermi (NOA):
It can be the result of hormonal imbalance, Y chromosome deletion or altered karyotype, prolonged exposure to toxins, chemotherapy or radiation therapy. In addition, the reason may be drug intake or varicocele. Depending on the factors causing azoospermia, the spermatogenesis process can be revitalized. Another option is to perform the TESE and ICSI procedure when sperm cells are removed after extraction. Adequate genetic consultation and testing should be available to recommend and administer appropriate therapy to the patient with NOA.
Oligozoospermi 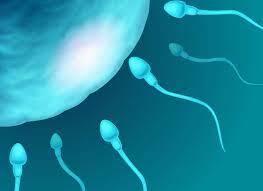 This condition is characterized by decreased sperm density in fertile men, as the sperm concentration below the fifth centile has recently dropped from 20 to 15 million/ml. In 75% of cases of oligozoospermia, the cause of infertility is considered idiopathic. Severe oligozoospermia has been reported with a concentration of at least 5 × 10 in men with a probability of 6 sperm/ml, residual spermatogenic function decline. Conservation of fertility through sperm freezing is an option. Another controversial issue that reflects low sperm count is obesity. The WHO consultation in 1997 recognized obesity as a global epidemic affecting society in developed countries. Studies indicate that obesity and overweight are correlated with an increased risk of azoospermia and oligozoospermia, and that adhering to a healthy and varied diet can improve male fertility.
Sperm Morphology
Sperm cell morphology is strongly associated with male reproduction. Abnormalities can affect sperm motility, sperm’s ability to fertilize, and conception. Some conditions, such as globozoospermia or stunted tail sperm defects, can lead to the inability to have biological children as a result of natural conception.
Recently, intact human flagella has been studied using cryo-electron microscopy and tomography. A new structure – the tail axoneme intraluminal spiral (TAILS) has been criticized and described. This new discovery suggests that sperm structures need to be further investigated and observed not only to link them to sperm function but also to clarify their importance. As reported in previous studies, abnormal tail structure is associated with sperm motility disorders because non-specific flagellar anomalies (NSFAs) are found as the most common flagellar pathology in severe asthenozoospermia and therefore reduce the chances of natural conception. According to the new data revealing TAILS, some cases that are considered as unexplained infertility may be mis-explained.
The link between sperm morphology and numerical or structural chromosomal abnormalities has been suggested and investigated. In fertile men with different translocations, the frequencies of sperm chromosomal abnormalities are higher (33-92%) compared to those with a normal karyotype. Post-radiotherapy treatments also show 6-67% (respectively altered number of structural and numerical chromosome aneuploidies. Studies on teratozoospermia (<14% normal forms), globozoospermia and infertile men with macrocephalic, multinucleated or multiflagellate spermatozoa show increased sperm aneuploidy by up to 50%) Sperm with normal chromosome structure can be exhibited in men with normal or abnormal sperm parameters.

Evaluation of the Sperm Sample

The investigation of male fertility potential was initially based on routine semen analysis. Establishing specific values ​​for semen to estimate the chance of conception provides for the need for references for male fertility. The requirements for semen analysis and semen parameters have been established as recommended in the WHO consecutive editions in 1980, 1987, 1992, 1999 and 2010. In a modern andrology laboratory, sperm sample evaluation can be measured via CASA. The use of computer aid does not exclude additional evaluation of the human eye. For the evaluation of sperm morphology, WHO recommends criteria based on strict morphology.