Serotonin (5-HT) is responsible for anxiety, aggression, and stress. Changes in the serotonergic system play an important role in the pathogenesis of neurological diseases and neuropsychiatric disorders. The wide variety of disorders associated with serotonergic neurotransmission result from different functions of 5-HT in a nervous system. It is believed that 5-HT may play a role in the pathogenesis of migraine, epilepsy, Parkinson’s disease (PD), multiple sclerosis (MS), amyotrophic lateral sclerosis (ALS), attention deficit hyperactivity disorder (ADHD), and autism spectrum disorder. (ASD)
In these diseases, disturbances of metabolites such as 5-HT and 5-hydroxyindoleacetic acid (5-HIAA) have been observed in plasma, blood platelets and cerebrospinal fluid (CSF). These changes in biogenic amine (5-HT) level may be related to malfunction of 5-HT receptors, the reuptake transporter for 5-HT (5-HTT, SERT), enzymes responsible for the synthesis and metabolism of 5-HT. And genetic variants for the serotonergic system. It appears that 5-HT and its metabolites may be used in the future as a diagnostic and prognostic marker for neurological diseases or as a target for more effective treatment in neurology.

ADHD, one of the most common childhood illnesses, is categorized as a neurodevelopmental disorder. The group of behavioral symptoms of ADHD generally includes inattention, hyperactivity, and impulsivity. The exact causes of ADHD are unknown, but 5-HT plays a potential role in its pathomechanism. Studies provide evidence that the presence of 5-HT and altered metabolism can lead to impulsivity. Moreover, studies show that 5-HT deficiency leads to a failure of 5-HT mediated inhibitor control of aggressive behavior and can also occur in adults.
Some of the studies have shown decreased levels of 5-HT and 5-HIAA in blood, urine, and CSF in individuals with ADHD compared to healthy controls, but other studies have found no difference. However, studies show that 5-HT levels in platelets are much higher in impulsive children. There was no correlation between platelet 5-HT concentration and other common ADHD symptoms, no significant difference between platelet 5-HT concentrations in children with ADHD compared to controls.
Abnormalities in 5-HT receptors have been observed in patients with ADHD: aggression and impulsivity are associated with increased 5-HT2A and decreased 5-HT1A receptor binding. Moreover, the under-expression of 5-HT1B is an indicator of increased impulsive behavior, but not an indicator of impulsive selection. Changes in 5-HTT activity in various brain regions are thought to be associated with ADHD. Changes in 5-HT level can also be caused by low activity of MAO-A and lead to impulsivity and aggressive tendencies in ADHD.
Disturbances in the serotonergic system can be the result of many polymorphisms. Animal model studies have found that inactivation of the brain-specific Trp hydroxylase-2 (TPH2) gene leads to increased aggression due to impaired neuronal 5-HT synthesis in raphe neurons of the brainstem. Several SNPs of the TPH2 gene have been found to be strongly associated with altered functions of the prefrontal cortex during a response inhibition task in adults with ADHD.
Hyperserotonemia is one of the biomarkers of ASD, another neuropsychiatric condition, and occurs in approximately 30% of patients. ASD is a group of neurodevelopmental disorders characterized by communication difficulties, social deficiencies, and repetitive behavior and associated with mental health problems, poor motor skills, gastrointestinal symptoms, and sleep problems. Symptoms range from mild to severe. The pathomechanism of ASD and its contribution to the pathophysiology of the 5-HT system are unknown. 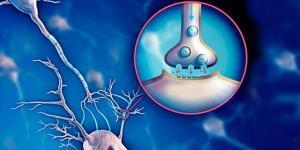 One of the consequences of hyperserotonemia is increased 5-HT catabolism. Blood 5-HT concentrations are regulated by the activity of peripheral 5-HT related proteins. It has been suggested that increasing the kinetic rate of MAO-B may be a response to high concentrations of 5-HT in platelets. Hyperserotonemia in platelets in autism may be due to increased 5-HT uptake into platelets. Children with autism carrying the short allele of the 5-HTTLPR polymorphism associated with decreased 5-HTT expression showed better connectivity than autistic youth and the long allele of this polymorphism.
Changes in 5-HT receptors have been noted in patients with Asperger’s syndrome. Abnormalities in 5-HT2A receptor density and decreased 5-HT1A receptor binding density in several brain regions have been demonstrated. Future studies are needed to understand the role of the serotonergic system in ASD.
Neurological diseases such as migraine, epilepsy, PD, MS, ALS, and neuropsychiatric disorders (ADHD, ASD) can be linked to abnormal 5-HT levels in various mechanisms. Synthesis and metabolism efficiency of 5-HT changes in neurodegeneration. Patients with ALS and MS are present with decreased levels of both plasma and CSF of Trp, which may be associated with a decreased synthesis of 5-HT. Also, 5-HT synthesis in MS is reduced due to the overactivation of the kynurenine pathway, which removes Trp from 5-HT synthesis. This pathway is overactivated by inflammatory molecules such as tumor necrosis factor alpha (TNF-alpha) and interferon-gamma (IFN). In MS, the 5-HT concentration is reduced due to the production of neuroprotective metabolites such as NAS and melatonin. 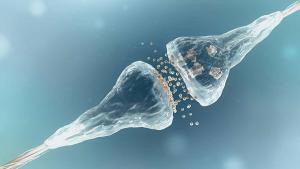 In ALS, platelet 5-HT level is decreased compared to controls, and there is a positive relationship between platelet 5-HT and survival. In MS, a lower level of platelet 5-HT was found in patients with more severe fatigue syndrome. Simultaneously, post mortem studies of ALS patients showed decreased levels of 5-HIAA and 5-HT in spinal cord and brain tissue. However, lower levels of 5-HIAA in CSF were found in MS patients.
In addition, there is a negative correlation between the 5-SIAA CSF level and disability scales scores in RRMS. A lower 5-HIAA level was also observed in the CSF of epileptic patients and in migraine during attacks. However, a lower 5-HTT level in FM and PD patients is associated with genetic variants. Understanding the mechanisms and precursors of changes in 5-HT level in neurological diseases and their metabolites may contribute to finding new biomarkers related to the diagnosis and treatment of these diseases.