Water and wastewater treatment plants (WWTPs) receive wastewater from rainwater runoff from households, institutions, businesses and industries, and sometimes urban areas. Wastewater treatment plants focus on the removal of large solid debris while reducing the concentration of nutrients and organic materials. To complete this, a combination of physical, chemical and biological processes is used. Some plants also include a final treatment using a disc filter or a membrane bioreactor (MBR) to reduce the amount of particulate material in wastewater. Typically, a wastewater treatment plant is divided into three main steps;
Primary treatment
Secondary treatment
Tertiary treatment
Generally, a pretreatment is applied to remove solid materials that may interfere with the later stages of the process, which may include coarse screening, sand removal and grinding of large objects. Primary treatment uses sedimentation and stripping to remove precipitatable organic and inorganic solids, and can achieve 50-70% removal of total suspended solids, in addition to eliminating biochemical oxygen demand and oil and grease.

The secondary process focuses on the removal of residual organic and suspended solids. Usually applies biological treatments such as activated sludge, drip filters and rotating biological contactors. Some plants apply a tertiary or advanced process to remove nitrogen, phosphorus, additional suspended solids, refractory organics, heavy metals and dissolved solids. Today, the contribution of WWTPs to the discharge of large quantities of microplastics into the environment is still a matter of debate among authors. In addition, the lack of standardization in the methodology applied to collect and interpret data makes it more difficult to reach a common understanding of the link between microplastic pollution in water systems and WWTPs.
According to published studies, there are three main ways of pollution for freshwater systems: Waste water discharged from wastewater treatment plants is the overflow of wastewater sewage during high rainfall events, and runoff from sludge applied to agricultural land. It is estimated that about 80% of microplastics in the oceans come from land-based sources and 18% from the aquaculture or fishing industries. According to Ziajahromi et al., Land-based sources include urban runoff and wastewater discharge from WWTPs.
According to the researchers, most of the microplastics coming from the inlet are removed in the primary treatment zones where solid stripping and sludge settling processes are applied. A study published in 2016 investigated wastewater discharges from triple and secondary plants in Southern California. The importance of understanding the fate and ways of microplastics is emphasized at every step of wastewater treatment plants. For samples collected at different points throughout the purification process, filtration is applied using a combined sieve stack with mesh size between 400 and 45 ile m to determine the presence of microplastics at each step. For triple plants, it has been observed that the wastewater discharge is not an important source of microplastics. On the other hand, microplastics were available for secondary waste and can contribute to the contamination of oceans and surface water.
Another study conducted by Ziajahromi in Australia investigated the composition of wastewater through primary, secondary and tertiary treatment. This study detected 0.28, 0.48 and 1.54 microplastics per liter in each respective process step. Dayachenko et al. Observed the presence of 0.09 particles per about 4 liters of waste, but this number could reach 0.64 particles in the peak flow of a WWTP in the USA using wet peroxide oxidation. Most of the particles were classified as secondary, and the presence of microbeads made up only 10% of the total. Estahbanati and Fahrenfeld investigated the contribution of WWTPs to microplastic pollution in freshwater environment in the USA. In a study of the spatial distribution pattern of MMP in a Waste Water Treatment Plant, the main presence of secondary microplastics was observed during the treatment process, but noticed that the primary microplastics concentration increased downstream of the WWTP. According to Ziajahromi, although the number of particles does not appear to be very threatening, these numbers represent a huge amount of microplastics, given the enormous amount of water that is treated and discharged daily by these plants.

In the area of ​​prevention, there are many challenges associated with investigating microplastic contamination. Although the interest of the scientific community on this issue has increased and the number of published studies has increased, the lack of a solid definition of what can be considered microplasty makes it difficult to compare results obtained in different studies. In addition, there are differences between the methodologies applied in the studies; therefore the results are not always comparable among themselves.
As far as practical application is concerned, one of the challenges of preventing microplastic pollution in water bodies is the lack of technology that effectively holds such materials in wastewater plants. Many studies have focused on analyzing the presence of microplastics on final waste water; Details on removing this microplastic at every step of wastewater treatment plants are still unknown. In a previous study, it was observed that microplastics were removed at a very high rate in small capacity wastewater treatment plants. However, even with high removal, small amounts are discharged into water bodies and continue to cause harmful consequences to the environment.
According to Beljanski et al., There are existing technologies that can effectively remove microplastics during wastewater treatment, but they can be expensive, difficult to install in existing facilities, and are used only when high quality standards are required. Membrane bioreactors are an example after primary and secondary treatment using cross-flow filtration, dispersing only water and small particles. Another disadvantage of this technology is the high energy demand and therefore higher operating costs. In a study published in 2016, Beljanski et al. He researched the design of a low cost, energy efficient system with easy retrofiltration. Two different filter media have been investigated in terms of clogging, retrofiltration capacity and short term durability.
There are many facilities in Canada that use membrane technology in the treatment process, but this has not been reported to be a role specifically for microplastic removal. Previous studies elsewhere have shown that membrane processes can reduce the amount of microplastics in final effluent, but there are many questions regarding the economic feasibility of its use due to the high implementation cost. In 2016, Michielssen et al. evaluated the efficiency of the different unit processes in three AATs in the removal of small anthropogenic small parts (SAL). The sampling facilities used a pilot membrane bioreactor system that finishes the treatment with secondary treatment (activated sludge) or tertiary treatment (granular sand filtration) as a final step, as well as microfiltration. 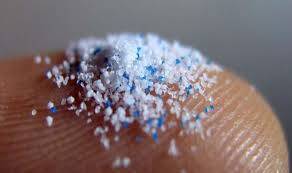 The presence of microplastics is becoming a dangerous environmental problem. Part of the problem stems from the fact that determining the exact source of microplastics can be difficult due to their relatively fragmented nature, small size, and wide range of potential sources. Microplastics have become a concern reflected by sites with unusually high concentrations and a threat to the environment with the possibility of even higher concentrations in the future. As a result, the use and subsequent release of microplastics as part of a global initiative must be greatly reduced, even before research studies outlining these long-term risks are in place.
Monitoring programs can play a key role in the prevention and management of microplastic pollution. The majority of countries, on the other hand, have not developed a strategic approach to investigate the primary sources of microplastics accumulated in water resources, or methods to effectively address their specific properties. Some nonprofits have committed to collecting and researching data from various regions to monitor and question these concerns globally, particularly in hard-to-reach or isolated locations.
Researchers need to collaborate on an effort that can provide a practical strategy for minimizing microplastics applications. Although several research projects have examined the effects of microplastics on final wastewater, the specific dynamics involved in microplastics removal during each separate step of the wastewater treatment plant are still unknown.