In the last two decades, there has been a silent revolution in the space field, which has led to what is now known as the new space. Some universities and research institutes in a selected group of countries have done a lot of work to take part in this space agency and the big industry that builds, launches and operates satellites and other spacecraft. The key to this is the definition of the CubeSat standard that dates back to 1999. In 2013, the commercial Earth Observation industry entered the commercial Earth Observation industry with the first launches of two companies currently running more than 100 CubeSat constellations for optical imaging. Today, the same revolution is happening in the fields of Telecommunications and Astronomical Scientific Missions. 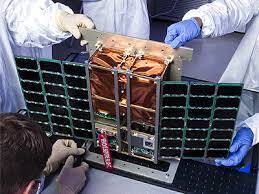 In terms of education, ESA launched the first CubeSat Call for Proposals in ESA member universities and collaborating countries in February 2008. Seven student-made CubeSats were launched on the Vega first flight on February 13, 2012. Since then, 12 more CubeSat have been enrolled in the Un program. Since 2013, ESA has invested more than 16 M € in 12 CubeSat IOD missions under the General Support Technology Program (GSTP) FLY Element. In April 2019, the CubeSat Systems Unit was established under ESA’s System Department Project Office, Technical and Engineering Quality Directorate. In addition to the work carried out by this unit, there are a number of other initiatives related to CubeSat in ESA and they are as follows:
Telecommunications and Integrated Applications Directorate, developing a pioneering set of CubeSat missions to test new telecommunications technologies,
• To have ready-to-fly OPS-SAT, an IOD test bed for innovative mission control software, in the Operations Directorate,
• Man and Robotics Reconnaissance Directorate, establishing a CubeSat mission to test an essential capability for Mars sample return optical detection and navigation from orbit to a sample container.
• The Science Directorate is also adapting some CubeSat technologies to work in the deep space environment and examining the potential use of CubeSats to support planetary science missions.
• Earth Observation Directorate will fly the FSSCat, a double 6 U CubeSat mission for tandem observation of polar regions, and conduct soil moisture mapping using a combined L-band microwave radiometer FMPL-3 (UPC, ES). And to create a GNSS-Reflectometer using a software-defined radio and an AI-enhanced HyperScout-2 (Cosine, NL) for cloud detection, a VNIR and a TIR hyperspectral viewer,
In addition to the initial ESA CubeSat missions, there are numerous studies focusing on the applications of CubeSat missions and miniaturized payloads, remote sensing with cooperative nanosatellites, asteroid impact missions, Moon CubeSats, astrobiology / astrochemistry experiment CubeSats, asteroid observer missions.

By 2010 maturity achieved by CubeSats, distributors, launchers on the one hand and some EO technologies (high resolution multispectral images and GNSS-RO) on the other, a number of companies have developed applications based on commercial constellations. The situation is completely different today, thanks to intensive technology R&D, and there are three reasons for this. On the one hand, it was difficult to add deployable solar panels to increase the electrical power generated due to their small size, and on the other hand, it was difficult to include large antenna reflectors and transmit sufficient RF power. The third reason is poor marking accuracy, which is now significantly improved thanks to miniaturized star tracers and reaction wheels. It should be noted that synthetic aperture radars (SAR) have recently been successfully mounted on microsatellite platforms, although so far these reasons have kept active optical (LIDAR) and active microwave sensors (RADAR) away from CubeSats. 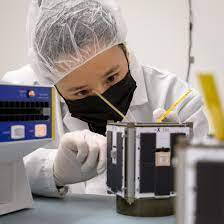 For space-based EO applications, the frequency bands are limited to the microwave and millimeter wave portions of the radio spectrum, and long-wave infrared (LWIR), near infrared (NIR), where the atmosphere exhibits a high permeability. For astronomical observations, ground-based observations are also limited to Earth’s atmospheric windows in the radio and optical parts of the spectrum. Therefore, space-based observatories are needed to explore the rest of the EM spectrum. In any case, whether for EO or astronomical observations, the lower cost of CubeSat-based missions allows you to have more units, which reduces the revisit time at a certain cost. This opens up a range of new science opportunities.
Earth science:
• Multipoint high temporal resolution of world processes,
• Reducing data gaps,
• Continuous monitoring,
Astrofizik:
Space telescopes provide access to energies across the entire electromagnetic spectrum, avoiding large gaps in the radio, far IR and the entire high energy range (UV to & # 947; rays),
• The feasibility of running time domain programs that are very challenging in flagship missions such as the Hubble Space Telescope and the James Webb Space Telescope,
Heliophysics, eg measurement of plasma processes in the magnetosphere-ionosphere system,
Planetary science: in-situ study of planetary surfaces or atmospheres.
Astronomy and astrophysics: low-frequency radio science and the study of extrasolar planets,
Biological and physical sciences, for example the survival of organisms and their adaptation to space,

Because the CubeSat standard was proposed in 1999, it took nearly ten years for NASA to launch the Educational Launch of Nanosatellite (ELaNa) in 2010. With universities in the US, NASA’s CubeSat Launch Initiative (CSLI) has since flown 85 CubeSat missions into 25 ELaNa calls, and 34 CubeSat manifests in 4 more calls. While providing NASA with valuable opportunities to test new technologies that could be useful in future space missions, college students are involved in all phases of the mission, from instrument and satellite design to launch and tracking. In early 2012, NASA’s Science Mission Directorate (SMD) technology programs began adapting to CubeSats’s use for validation of new science tools. It has also strategically promoted the use of small spacecraft to enhance its science portfolio. 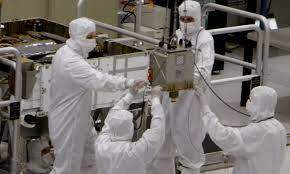 On the one hand, the Earth Science Technology Office (ESTO), which is responsible for identifying and developing technologies to support future Earth Science Department missions, is managing three major observational technology programs that demand new rewards over a 2-3 year selection cycle. And on the other hand, following its results in 2014, the Department of Planetary Science (PSD) took significant steps towards exploring the solar system and accommodating small moons for astrophysics research. The result of these ongoing investments has been demonstrated by most CubeSat missions in 2012 that many EO techniques can be implemented after 5 years.