While it is important to protect animals such as whales, sharks, dolphins and their habitats, sometimes lesser-known species are secondary. The sea cucumber is one of the most understated and often overlooked of marine species. Sea cucumbers, also called sea eggplants, are found along rocky shorelines and sandy shores, as well as in the coral reef environment. Most closely related to starfish and sea urchins, this primitive, chubby, cylindrically shaped soft-echinoderm (echinoderm) has multiple important biological roles in marine ecosystems, and it is important to protect all sea creatures that play a critical role in marine ecosystems. Like starfish, spiny-skinned sea cucumbers are equipped with tube feet on their undersides that allow them to move slowly (3 inches per hour) by absorbing sand and debris across the ocean floor. Incredibly, over the course of a year this creature can vacuum up to 200 pounds of sand. In addition to swallowing sand, sea cucumbers feed primarily on seagrass (seagrass) and algae. Sea cucumbers produce mucus to trap food, and the mucus causes sand and plant debris to stick to their body. Meanwhile, the tube takes its feet to its mouth and sucks the food.
Note: 3 inches is 7.62 centimeters, 200 pounds is 90,71847 kilograms.
Another situation where sea cucumbers benefit from this sticky property is in self-defense. When this unique animal senses a threat, it has the ability to push part of its intestines out of its body and onto the attacker. The presence of these guts, which can be very sticky, tends to deter predators. After the sea cucumber uses this defense mechanism, its guts need to regenerate, which takes about six weeks to complete. It is a good thing that sea cucumbers have developed such a mechanism, because their population tends to increase very slowly and needs all kinds of support. Sea cucumbers have two sexes that reproduce through the release and fertilization of eggs and sperm into the surrounding water. As a result, a larva is formed, which will eventually develop into an adult species that can range in size from 10 to 30 centimeters.

Marine Ecosystems Could Deteriorate If Their Numbers Decrease

Removing too many sea cucumbers from their natural habitats, particularly soft bottom and reef ecosystems, can cause too much degradation of the ecosystem they live in. Sea cucumber species that are harvested and exploited are sediment feeders that collect organic debris and sediment from the lower substrate. Like worms, sea cucumbers ingest sediment and remove organic matter as the sediments pass through the gut. This process contributes to the marine environment by cleaning various wastes and residues of microorganisms (bacteria, microalgae, etc.). Sediment-fed sea cucumbers play the role of a person who regularly sweeps and mops the floor to keep it clean. If this activity stops, the ground quickly becomes dirty and uninhabitable. The volume of sediment passing through the guts of sea cucumbers is remarkable. It is estimated that a single sea cucumber can process between 4 and 37 kilograms of sediment per year.

Many species of sea cucumbers nest on the sea or ocean floor, and this action is an important source of bioturbation (biomixing) that allows other species to thrive on the seafloor. Bioturbation refers to the process of degradation and reprocessing of sediment layers by organisms. This activity mixes the surface and subsurface sediment layers, which increases permeability as the sediment becomes more porous and less compact. This increases the change in the water-sediment interface leading to a higher oxygen supply in the deeper sediment layers. This, in turn, has beneficial effects on the infauna community. 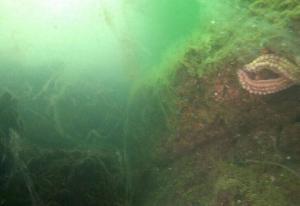 Sea cucumbers are a vital part of the marine ecosystem. Sea cucumbers that clean the seafloor also control ocean acidity levels and share a symbiotic relationship with dozens of other sea creatures. Because of their so beneficial and sedentary life in shallow waters, sea cucumbers can be easily harvested for commercial gain. If the foraging strategy of sea cucumbers is not properly managed, they can quickly become overfished and therefore become extinct. They may be affected to such an extent that there are not enough adults (breeders) left in the wild to rebuild their natural populations. If this happens, it could take years, if not decades, for sea cucumbers to resume their harvesting activities. In some cases, re-seeding of harvested areas may only be possible through reseeding by aquaculture individuals, but is a very difficult and expensive task. While their aggregation can generate short-term revenues for the local economy, it puts the prospects for long-term returns and the health of sea cucumber populations, the reefs they inhabit, and the waters at risk.
Their potential to alter the chemistry of seawater is an important advantage of maintaining sea cucumber populations in their natural habitat. Sea cucumbers feed mostly on debris and other organic matter, releasing inorganic nitrogen and phosphorus. This nutrient recycling and sediment redistribution is critical to maintaining productive and biodiverse ecosystems such as coral reefs. On a local scale, sea cucumbers can increase the alkalinity of seawater with their excrement, meaning that seawater may become less acidic. The oceans are slowly acidifying due to global climate change. Seawater acidification as the acid dissolves coral reefs will have potentially serious long-term effects on the degradation of coral reefs. Sea cucumbers contribute to maintaining reef structure by helping to prevent seawater from becoming more acidic. increases the total biodiversity of the ecosystem. Therefore, the importance of these strange-looking creatures cannot be underestimated.
Finally, sea cucumbers serve as a food source for a number of predatory species, thus acting as a link between microalgae and organic waste (sea cucumbers’ food) for consumers at higher trophic levels. Humans prey on most of these predators. In this way, sea cucumbers form an indispensable link in the marine food chain, and their absence can have cascading effects on other aquatic products.
In summary, sea cucumbers provide many services in the ecosystems in which they live, particularly to improve sediment quality, alter water chemistry, increase biodiversity, and provide a link in energy transfer to higher trophic levels in marine food webs.

There are more than 1,400 species of sea cucumbers that inhabit every corner of the marine world, from the ocean floor of Antarctica to the pristine reefs of the tropics. At least seventy of these species are currently exploited in a multibillion-dollar trade. About 80 percent of worldwide sea cucumber exports are then re-exported to mainland China and often sold as a dried product. Praised for its medicinal and health benefits, sea cucumber has been a prized delicacy in China since the Ming Dynasty. Bioactive compounds produced by sea cucumbers have been used in traditional Chinese medicine to treat a number of ailments, including arthritis and cancer, and there is ongoing research into a range of nutraceutical (food with medicinal benefits) and pharmaceutical (pharmaceuticals) applications around the world. . However, most sea cucumbers are harvested for human consumption. As sea cucumber is considered a gourmet delicacy in most parts of the world, the demand for this creature is increasing. Delicacies such as sea cucumbers, totoaba dried swim bladders, abalones, shark fin and bird’s nest soup are highly preferred by Asians as food, often becoming symbols of abundance and luxury on special occasions such as weddings, banquets and “Chinese New Year” celebrations.

Generations Must Be Protected

In South Africa and the Far East, the hunting and sale of wildlife products such as sea cucumbers and abalone, a shellfish, is often part of complex criminal barter trade networks. The high price of sea cucumbers has led to high levels of illegal, unreported, unregistered and unregulated fishing, thriving illegal market trade, and declining sea cucumber populations due to overfishing in many parts of the world. Extreme 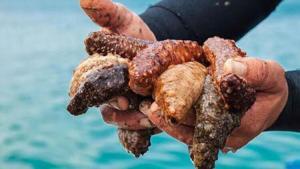 The massive extinction of sea cucumbers by hunting is likely to affect the productivity and diversity of soft-bottom and coral reef habitats. Fisheries managers should consider their ecological benefits when developing and implementing policies for sea cucumber harvesting. It could be argued that the economic returns from maintaining sea cucumber stocks will greatly outweigh the profits when used unsustainably. In the mid-90s there was a significant decline in the population of sea cucumbers on the Galapagos Islands (South America) due to overcrowding, but currently sea cucumbers are a protected species in that area. As a result, three species of sea cucumber were added to Annex II of CITES (Convention on Trade in Endangered Species) for the first time in August 2019, providing greater protection and necessitating tighter controls on international trade.
It is often the smaller, less charismatic species that play vital roles in ecosystems. For example, krill, one of the keystone species at the center of Southern Oceans food webs, helps keep these habitats healthy for all species. All species deserve protection and species such as the sea cucumber should not be neglected. Conservation of species of high ecological importance, such as sea cucumbers, will not only protect them, but also other species and ecosystems.