The article published in 1998 by Andrew Fire and Craig C. Mello proposed the role of double-stranded RNAs in post-transcriptional gene silencing through a mechanism known as RNA interference (RNAi) and revolutionized the field of gene silencing. This work contributed to understanding the secrets of gene silencing or expression in fungi and plants and identified the central role of non-coding RNAs in gene expression. Later, together with the Elbashir and Caplen teams, they reported that small-size double-stranded RNAs with silenced gene sequence homology were key mediators of sequence-specific post-transcriptional gene silencing in animals and plants. These small and short interfering RNAs (siRNAs) are processed from longer dsRNAs by ribonuclease III and have a characteristic structure (5′-phosphate / 3′-hydroxyl ends) with a 2-nucleotide 3′-overhang on each double strand. with). 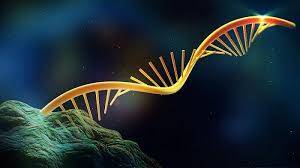 These studies revealed that the siRNA molecule in mammalian cells induces RNAi without undesirable interferon responses and is now considered a simple universal biological tool for gene silencing studies. RNAi is a mechanism used by cells to downregulate gene expression in genetic abnormalities and infections. Therefore, RNAi approaches have been discovered and adapted as a potential therapeutic strategy for the treatment of different diseases, including cancer. The power, flexibility and variety of the RNAi or siRNA approach is of interest for prospective drug development targeting proteins that fail through classical approaches of small molecule inhibitors. RNAi-mediated therapeutic approaches use the natural machinery of targeted cells to silence genes. These approaches include siRNAs, small hairpin RNAs (shRNAs), microRNAs (miRNAs), long double-stranded RNAs processed through Dicer, and small specific sequences synthesized to meet the RNAi criteria. Double-stranded siRNAs (ds siRNA) are prodrug-like molecules composed of the complementary duplex of the sense and the antisense strand.
Interestingly, the sense strand (passenger strand) of the siRNA formally meets the definition of drug delivery vehicle, it is non-covalently associated with the antisense or guide strand complementary to the target RNA / transcript. It keeps it intact and helps the antisense thread to be loaded onto the Ago2. After the sense strand is loaded into Ago2, it is removed before pharmacological activity is performed. The antisense helix directs the Ago2-mediated RNA-induced silencing complex (RISC) to the target site, and the siRNA’s complete complementarity with the target silences cleavage (known as slicing activity) and gene expression. Ago2 is an RNA endonuclease with RNase H domains, but unlike RNase H1, it cleaves the RNA in the RNA-RNA duplex (not the DNA-RNA duplex). The Ago2 complex plays an important role in facilitating the binding of the antisense strand to the target transcript and thus has become the key regulator for efficient RNA-based pharmacological mechanisms with different properties.
Loading the siRNA, or especially the antisense strand, into Ago2 is a very efficient process, but Ago2 has some stringent structural requirements for effective binding and cleavage activities. For example, the presence of the 5′-phosphate or phosphate analog allows for relatively little modification at the 2 ‘site located in the distal region of the seed sequence (the nucleotide sequence recognizing the RNA targeting region). Ago2 also extends the duration of action since the antisense thread holds the thread for a longer time after it is loaded. The localization of Ago2 is cytoplasmic, so siRNAs are used as important tools for targeting cytoplasmic RNAs. Studies show that some changes in traditional siRNA sequences or designs may enhance pharmacological benefits such as increased potency and reduced targeting. A few examples of atypical siRNAs include single-stranded RNAs, divalent siRNAs, self-delivered siRNAs, small internal segment siRNAs, and Dicer substrate siRNAs. The results of RNAi studies have recently led to the FDA approval of two siRNA-based therapeutic agents, Patisiran and Givosiran. The use of RNA as a drug is a fundamentally new approach to traditional small molecule inhibitors. The idea of ​​turning the mechanism of inhibition of RNA oligonucleotides into clinics took almost four decades to become reality. Recent FDA approvals of Givosiran, mRNA-1273-P301 (Moderna) and BNT162b1 (Pfizer-BioNTech) COVID-19 vaccine have brought the RNAi wave or mRNA-based therapies into the mainstream of drug development. The results of RNA-based therapies also open up a new aspect of cancer therapy development and alternative therapeutic strategies to discover RNA fragments. Advances in understanding siRNAs and miRNAs are expected to facilitate the development of more effective combinatorial approaches to treat cancer through the multiple targeting properties of these small RNAs. Because this is a problem with multiple genes.
The potential of RNA therapies in susceptible genetics such as the treatment of hereditary transthyretin amyloidosis and acute intermittent porphyria holds promise for similar applications in cancer treatments. Next-generation ASOs with GalNAc conjugation (Givosiran) showed improved liver-specific delivery and greater than twenty-fold increased potency for RNase H1-dependent ASOs. There is also the possibility of developing anticancer molecules to deal with organ-specific metastases of LC or other cancers. The success and enhanced potency of targeted delivery of ASOs provides a strong motivation to identify ligands or conjugates that can increase potency and targeting in other tissues. Targeting is a big problem in cancer drug development, so such modifications also provide a possibility to further optimize the targeting of anticancer RNA drugs. 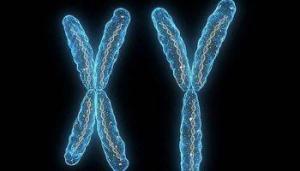 However, RNA treatments can potentially reach a golden age in some diseases, but there are a few challenges, especially for cancer research, before reaching the goal. Some of the major barriers are targeted delivery, stability of chemically synthesized RNAs compared to in-vitro / in-vivo transcribed RNAs, modulation of immune responses, and efficacy enhancement. RNA nucleoside modifications or epitranscriptomic domain have not been adequately studied, including the identification of oligonucleotides capable of targeting RNA modifications and related molecular pathways for the development of cancer treatments.
However, some of the ASOs or small RNAs did not progress to clinics and yet demonstrated the potential and consequences of the strategy of further modifying and optimizing RNA groups for the development of effective treatments for LC. The results of the studies have also demonstrated the application and potential of combining chemotherapeutic drugs and RNAi vehicles, or proposed possibilities of linking multiple antisense molecules to a single nanoformulation aimed at expanding the effectiveness of LC treatments. This includes identifying oligonucleotides capable of targeting RNA modifications and related molecular pathways for the development of cancer treatments.
The recent results of liposomal encapsulated mRNA-based tumor vaccines are promising in melanoma. This vaccine provides a persistent antigen-specific cytotoxic T cell immune response in patients treated alone or with a checkpoint inhibitor (PD1) and provides vital evidence for the use of non-mutated widely shared tumor antigens for the development of cancer vaccines. This initial success has raised prospects for cancer vaccine development, and the focus now is to identify tumor-associated antigens that could serve as potential antigenic targets for tumors with high mutation loads, such as NSCLC and SCLC.