Recently, DNA fragmentation tests have been widely incorporated into laboratory practice. DNA integrity and sperm hereditary information are very important for offspring, as male gametes contribute greatly to fertilization processes, embryo quality, and embryo development even at early pregnancy stages. Sperm contains about 3000 different types of mRNAs encoded for proteins that are active during early embryonic development. There are also others that are not yet known and have no equivalent in the oocyte.

Since the introduction of ICSI as a routine procedure, the importance of standard semen analysis has been neglected as sperm concentration and motility are no longer so important as a single sperm cell needs to be injected. When performing the standard ICSI procedure under a Hoffman modulation contrast microscope or Nomarski optics at magnification × 400, visualization and evaluation of the midpiece and tail of the sperm head (size and shape) is possible, but detailed ultrastructural morphology examination is limited.
When traditional ICSI is applied, it will be difficult to evaluate and select morphologically normal sperm based on its detailed structural portrait. Vacuolization, membrane invaginations, midpiece thickness or deformity, etc. It is controversial whether high vacuolization in the sperm head is associated with higher DNA fragmentation and aneuploidy rate and may have adverse effects on embryo quality and post-implantation development, and a higher frequency of pregnancy loss in early pregnancy stages. However, for some couples, ICSI is preferred prior to detailed sperm examination.
Intracytoplasmic morphologically selected sperm injection (IMSI) is the cornerstone of sperm morphology assessment. Based on the study of motile sperm organelle morphology (MSOME), IMSI is the only real-time, unstained method used to select motile and morphologically normal sperm for intracytoplasmic injection. IMSI was first introduced by Baratoov et al. The choice of MSOME is made under a Differential interference contrast inverted light emitting microscope or Nomarski differential interference contrast optics and digital camera at high magnifications ranging from × 6600 to × 13,000. Using MSOME criteria, motile sperm fraction and each cell malformation are evaluated according to the morphological status of six organelles consisting of acrosome, post-acrosome lamina, neck, mitochondria, tail, and nucleus. Only 33% of the spermatozoa in the examined samples appear morphologically normal according to these criteria.
The defects identified for each area are:
• Acrosomal area – incomplete, partial or vesicular;
• Post-acrosomal lamina – absent or vesicular;
• Neck – abaxial, cytoplasmic droplet.
• Mitochondria – deficiency, partial, disorder;
• Tail – missing, curled, broken, many, short;
• Nucleus – small or large oval, narrow, broad or short, regional disorder, vacuoles occupy more than 4% of the nuclear area. However, the evaluation of motile sperm can be determined in different ways by various scientists. 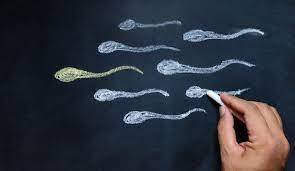 The most important thing in real-time observation of motile spermatozoa under high magnification is the assessment of the presence of vacuoles in the number, size and location of the sperm cell head. The exact origin of the vacuoles is still unknown, but different hypotheses suggest that they originate from early stages of spermatogenesis during sperm maturation and that their number increases due to the area of ​​the vacuoles. Other studies suggest that vacuole formation in spermatozoa begins during the capacitation period after incubation and ejaculation.
However, high vacuolization or the presence of large vacuoles in the sperm head may be associated with increased DNA fragmentation rates and increased chromatin immaturity level and may affect fertilization and pregnancy rates. Sperm morphology assessment can be based on the Cassuto and Barak Score as a precise ratio system for sperm selection. Six parameters of the spermatozoa were taken into account to generate the score: head, acrosome, vacuole, base, insertion, and cytoplasmic droplet (“HAVBIC”). Head, vacuole, and base were considered the main criteria for abnormalities, and acrosome, insertion, and cytoplasmic droplet were minor criteria for sperm evaluation. The following equation was developed:
S c o r e o f s p e r m a t o z o a = ( 2 × H e a d ) + ( 3 × V a c u o l e ) + ( 1 × B a s e ) Spermatozoa puanı=2×Kafa+3×Koful+1×Baz E1
Depending on the formula, the sperm cells score can range from 0 to 6, and three groups are distinguished according to quality:
• Class 1 – High quality spermatozoa (score 4–6)
• Class 2 – Medium quality spermatozoa (score 1–3)
• Class 3 – Low quality spermatozoa (score 0) 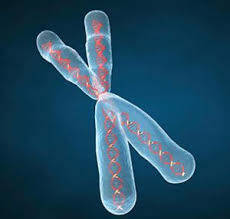 Based on the first articles showing an increase in pregnancy rates using IMSI compared to ICSI, since its introduction the method has been widely incorporated into laboratory practice, although it is a time-consuming technique.
Evaluation of motile spermatozoa under high magnification is appropriate for patients with high levels of DNA fragmentation sperm aneuploidy, severe oligo- or oligoasthenozoospermia and/or teratozoospermia, a history of recurrent implantation failures or recurrent early miscarriages, advanced female age, and advanced male age. Subsequent studies provided further analysis and information on the importance of the new method of assessing sperm morphology for better outcomes in patients with male factor infertility.
There are still controversial study results regarding the effect of the IMSI procedure on in vitro cycling outcomes. However, what appears to benefit its application is a better understanding of sperm morphology and function.

Y-chromosome deletion is associated with azoospermia, oligozoospermia (low sperm count), or abnormal sperm morphology and motility. When AZFa and AZFb deletions are detected, testicular sperm retrieval will be ineffective, but is a successful option for most men with AZFc deletions. There is one case reporting natural conception and Y-microdeletion transmission. When diagnosed and considering Y chromosome infertility is inherited in a Y-linked fashion, patients should discuss their specific genetic status with their geneticist, which may lead to infertility in future generations.
Another gene that can be investigated to obtain the TESE option is Testis expressed gene 11 (TEX 11). Studies show that TEX11 (X-linked meiosis-specific gene) is mutated in azoospermic males. Sperm retrieval is not available for these patients. Congenital absence of bilateral vas deferens (CBAVD) and absence of sperm cells in the ejaculate can be superseded using microsurgical TESE or PESA followed by ICSI. Because CBAVD is associated with mutations in the cystic fibrosis transmembrane conductance regulator (CFTR) gene, consultation should be sought prior to genetic testing and procedures investigating the condition because the couple is at risk of having children. (cystic fibrosis)
As a result, prenatal genetic diagnosis (PGD) or preimplantation genetic screening (PGS) should be offered as part of fertility treatment, as well as genetic counseling.