Human social relationships can sometimes be the source of serious conflicts. When examined in the light of social change theory, it is clear that the individual is often subjected to serious distress in the high cost environment of the temporal, monetary and emotional tension of social interactions. There is much evidence to present the social-psychoimmune consequences of distorted human relationships. Negative or unstable social relationships, the resulting conflicts, and the negative emotions associated with them can affect immune processes. Hostility, which is essentially known as the cardiovascular risk factor of psychosomatics, elevation of CRP and IL-6 according to Suarez’s study, and pro-inflammatory cytokines that are also typical for depression. Depression highlights a separate area of ​​research within social-psychoimmunology, taking into account correlations between depression and social integration, as well as relationship conflicts and its negative impact on social perception. Depression has been proven to be a mediating factor between socioeconomic patterns (personal income) and physical outcomes (number of sick days) in a behavioral and epidemiological study called Hungarostudy, confirmed by path analysis. It has also been proven that depression is an independent risk factor for myocardial infarction. Attitudes and emotions that increase the stress of social interaction and interpersonal emotional relationships, such as the difficulties caused by anger or depression, are also reflected in differences in immune response. Social conflict affects the course of rheumatoid arthritis, in which case catecholamine plays an important role among neurohormonal factors mediating psychosocial distress. On the social network of indecisive individuals, it is indecisive people who also exercise positive and negative effects.
Uchino and his team reported that contact and conflict with unstable persons caused an increase in systolic blood pressure. In bad marriages, where worse health indicators are often observed, according to the findings of Kiecolt-Glaser and Newton, long-term tightly unstable human relationships rich in conflict are common. Indicator of marital dissatisfaction is accompanied by worse indicators of immunity, as seen in the proportion of anti-EBV antibodies, CD4 + or CD8 + cells. According to the study of Malarkey et al., Hostile behavior peculiar to bad marriage, impulsivity that causes interruptions when talking, critical and judgmental impatience may be indicative of physiological differences and increased blood pressure and endocrine values. In the study by Kiecolt-Glaser et al, suppressed immune function was demonstrated in samples taken 24 hours later among newlywed couples who were more prone to adverse, hostile reactions, and this was recalled during a short 30-minute discussion. They stated that this inconsistency, indicating dysfunction of endocrine-immune regulation, also applies to older couples during discussions in which they had to remember their conflicts.
The amount of negative behavior correlates directly with the attenuation of the immune response. Mayne et al. Confirmed that a 45-minute exploratory discussion is sufficient to reduce lymphocyte proliferation in the women studied. During prospective research, Levenstein and team found a link between ulcerative inflammation in the oral cavity and marital stress, while Kiecolt-Glaser and team observed approximately 60% longer wound healing in couples with hostile behavior. According to Mayne and her team, trait-like hostility characterized by aggression, anger, and cynicism causes an even more pronounced immunoregulatory disorder in case of family conflicts. Miller et al found a significant relationship between hostile, sarcastic attitudes and behaviors during conflict management and cardiovascular response, cortisol, and immune compromise. Social stressors also trigger the increase of proinflammatory mediators, and according to the findings of Denson and his team, relationship conflicts have significant proinflammatory effects compared to rejection and exclusion, depression, and various life events.

Neuroendocrine effects triggered by threatening environmental stimuli in the brain can create a preparatory pathogen-host defense effect on the innate immune system. As a result, the redistribution of natural immune system cells and their migration to the exposed area are detected. All this leads to an increased rate of recovery after an injury. This response can be triggered by both the presence of predators and the emergence of an important conflict situation. In Slavich and Cole’s view, activation of innate immunity is not just an evolutionary residue, but something that can be triggered by symbolic threats, social conflict, rejection, isolation, and exclusion. Considering the genetic basis of the neuroendocrine and immune systems while investigating the immune systems of mammals, it is possible to determine a typical pro-inflammatory / anti-inflammatory response pattern by examining the transcriptome of the leukocytes circulating in the body.
Under normal conditions, the activity of the sympathetic nervous system enhances the negatively-protected transcriptional response (CTRA) with the help of adrenergic receptors. And the activity of the HPA axis reduces the CTRA-induced inflammatory response as a result of the released cortisol. However, in the case of chronic social isolation, mourning threat, and post-traumatic stress, reduced activity of the anti-inflammatory glucocorticoid receptor (GR) can be detected. Thus, the transcriptional response protected against negativity is triggered by threatening, stressful, or permanently uncertain difficulty as noted in Antoni’s report. As mentioned, the threat of grief, traumatic stress, social isolation, low socioeconomic status or cancer diagnosis results in proinflammatory transcription disorders. In experimental animal models, social instability, low social ranking, and repeated failure also resulted in a CTRA. 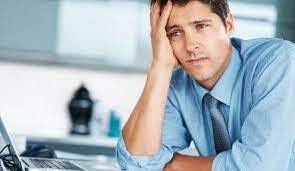 Such challenges increase the activity of genes responsible for the inflammatory immune response to extracellular pathogens and bacterial infections. And it inhibits genes responsible for antiviral immune response against intracellular pathogens. The selective evolutionary advantage of all this is demonstrated by the fact that it increases the CTRA rate, wound healing, and response to infection in the event of a real physical threat. However, from observations, a few of the CTRA’s are symbolic, social, expected, or imaginary emergencies experienced in everyday life. In the case of long-term perceived and real danger, social or physical threat, a glucocorticoid resistance may develop, which can lead to more severe inflammation or depression. This phenomenon develops as a result of the co-evolution of the hierarchical layers of the social, cognitive, neural, immune and transcriptomic, genetic layers of this hierarchical structure of different interconnected networks. The highly protected biological response to the challenges described is crucial to dealing with physical threats or injuries. Modern day social, symbolic, or perceived, even imagined threats can also lead to the pro-inflammatory phenotype of the (bad) adaptive response.
Elevation of proinflammatory cytokines such as IL-1 and IL-6 may contribute to the emergence of depressive symptoms. The overlap of depression with various physical conditions such as asthma, rheumatoid arthritis, chronic pain, metabolic syndrome, cardiovascular disease, obesity, and neurodegeneration demonstrates the psychosomatic significance and network character of this civilization paradox. This is a central issue of psychosomatics and is based on the maladaptive linking of different environmental, social, cognitive-emotional, neuroimmune and genetic networks. Psychosomatics deals with this network of networks where the information paths are the ends between nodes, hubs, and more extensive network patches. The so-called social signaling theory of depression is a suitable example for tracking how social-environmental information activates biological processes that lead to depression. The hypothesis that experiences of social threats and distress up-regulate components of the immune system associated with inflammation is central to the social signaling theory of depression. Proinflammatory cytokines play a center-like role in waxing, which can affect profound changes in behavior such as psychomotor retardation and social behavioral withdrawal, can affect the immune networks and affect the neural regulation of mood, anhedonia, and fatigue as symptoms of depression. Self-perceived low social status is associated with higher proinflammatory cytokines (IL-6) in dorsomedial prefrontal cortex (DMPFC) activity. The DMPFC plays a crucial role in the so-called mentalization network that is active in the brain processes that model the thoughts and emotions of others and in assessing the social state associated with this process. The ventromedial prefrontal cortex (VMPFC) is important in detecting and evaluating signs of dominance. VMPFC damage leads to insensitivity to social hierarchy and a lack of respect for age and gender. The amygdala plays an integrative role in the perception of dominance, learning processes are associated with the social hierarchy, the perceived value of the individual within the group is linked to the amygdala, their relationship to the hippocampus and striatum is productive.
While the lateral prefrontal cortex (LPFC) combines social hierarchy information from the intraparietal sulcus and hippocampus, the VMPFC is responsible for organizing adaptive behavior. The network approach gives these centers a true social-psychoneuroimmune central position. While the perceived value of the individual within the group is linked to the amygdala, its relationships with the hippocampus and striatum are productive. On the other hand, various anatomical connections connect it to the amygdala, hypothalamus, and periacocueductal gray matter to reach stress pathways that affect immune processes. Beyond its role in empathy and mentalization, it is also part of the so-called deterrent augmentation subnet that activates appropriate limbic areas in the event of a stress threat. In this context, it plays a role in the processing of social impulses, the perception of others’ high positions in the social ranking as the source of critical, negative, exclusionary and punitive social impulses, as well as their dangerous qualities. The low social status assumption is associated with increased activity in this brain region. The hypothesis of the social signal transmission theory of depression regarding the experiences of the psychoimmunological effects of social threats and distress is at the center of our network psychosomatic theory.