Although labor induction (IOL) has increased over the years, corresponding improvements in perinatal outcomes have not occurred. Depending on factors such as IOL, gestational age (GA), Bishop score of the cervix and the methods used, it may cause an increase in risk for the mother and baby. Failed IOL resulting in increased cesarean section may be due to immature cervix, insufficient use of Pitosin and wrong patient selection.
The medically indicated IOL does not require waiting for a 39-week GA. IOLs that are not medically indicated before week 39 may cause neonatal morbidity. Patients at 39 weeks of GA can be induced voluntarily and do not have to wait for delivery. Cervical ripening methods include vaginal, oral, or IV drugs and can be applied as outpatient rather than hospitals to reduce financial and time constraints.
Labor induction (IOL) is defined as the onset of uterine contractions to allow vaginal delivery before the onset of spontaneous delivery. Perinatal outcomes did not improve proportionally, although IOL rates, including elective inductions, nearly doubled. Although the IOL can occur in any GA after 20 weeks, generally this intervention is reserved for those that occur early or late. If women give birth spontaneously, in general 96% will enter active labor 15 hours after the onset of contractions. If the duration of the latent phase is prolonged, the rate of caesarean section (C / S) increases, as does the rate of complications (eg postpartum hemorrhage, chorioamnionitis). However,> 40% of patients with a latent phase> 18 hours will deliver vaginally. If labor is initiated, the majority of women will have a vaginal delivery. The rate of failed IOLs is 12-15%, especially if the cervix is ​​immature at the beginning of the intervention. If it is based on evidence-based medicine, optimizes maternal and fetal outcomes, and is cost-effective, the IOL should be considered a viable option.

Timing of the IOL

There are no clear recommendations regarding the timing of eIOL in early and late pregnancy. If there is a medical indication for the IOL, it is not necessary to wait for a 39-week GA. Early IOL, which are not medically indicated, should not occur before 39 weeks of GA. Since nonrespiratory morbidity has also increased, even documenting fetal lung maturity alone is insufficient to justify this intervention in below-average pregnancies.
Timing the IOL at the 39th GA and managing the pregnancy as expected until the onset of labor but before the 42nd week is a desirable option. Bailit examined 31,000 primiparas administered as expected and found that the rate of developing maternal hypertension after 39 weeks of GA was 5%. Increased fetal macrosomia rates and placental insufficiency also occurred. Fetal death risks have also increased.
Disclosed the results of a study comparing IOL at 41-week GA to expected management up to 42-week GA. Although there was no significant difference in C / S ratios between the two groups (10.8% in both), it was less adverse perinatal outcome in the IOL group compared to expectation management. (5-minute Apgar score <7, meconium aspiration). group (3.1% versus 1.7%).
They reported 9383 patients out of 22 studies performed and found that the expected treatment up to the onset of labor up to 42 weeks of labor resulted in a higher C / S ratio (180/1000 women) compared to 160/1000 women with IOLs. With an increase in perinatal deaths from all causes, 410 (95% CI 322-1492) needed to be treated to benefit with IOLs (NNTB) to prevent 1.1 perinatal death in the IOL group.
At week 39, they reported a Monte Carlo micro-simulation model of eIOL or expected management (EM) with the IOL for standard medical or obstetric indications or at 41 weeks if not delivered. EIOL at 39 weeks resulted in less maternal and neonatal risks in non-delivery patients with IOL at 41 weeks compared to EM. The C / S ratios were statistically significantly higher in the EM arm (35.9% versus 13.9%). When patients had an unfavorable cervix, eIOL at 39 weeks resulted in less C / S than EM (8.0 versus 26.1%; p <0.01). Between the two groups (0% eIOL vs EM 0.01%, maternal mortality was no difference, p = 0.32), EM maternal morbidity 21.2 vs 16.5% p <0.01. The stillbirth rate in EIOL was 0.13% versus 0% in EM (p <0.0003). Neonatal deaths were 0.12% in eIOL, 0.25% in EM (p <0.03), neonatal morbidity was 9.4% in eIOL and 12.1% in EM (p <0.01). Therefore, preference modeling calculations reveal that the 39-week eIOL is the preferred choice over EM. 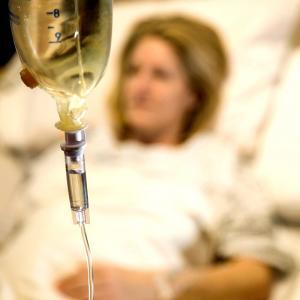 Perinatal outcomes of IOL at 39-week GA among 6106 low-risk nulliparous women from 412 hospitals in the unmasked RCT parallel group were studied. Neonatal death or serious neonatal complications were 4.3% in the IOL group and 5.4% in the EM group (RR 0.80; 95% CI 0.64-1.00). In the IOL group, the EM group had a C / S ratio of 18.6% versus 22.2% (RR 0.84; 95% CI 0.76–0.93). The rate of hypertension / preeclampsia was 9.1% in the IOL group and 14.1% in the EM group. They concluded that among low-risk nulliparas who underwent elective IOLs at 39 weeks of age, 1 C / S could be avoided for every 28 deliveries. They advised that if the EIOL option was not used, patients should be informed of the higher probability of developing hypertension / preeclampsia and the need for C / S when following the EM option.

The Bishop score is the most commonly used method for evaluating the maturity of the cervix, which helps predict the likelihood of a successful IOL, i.e. vaginal delivery. This calculation was originally intended to help estimate the probability of having labor for very fertile women who are in term. Today, Bishop score is used to evaluate the probability of a successful vaginal delivery in both nulliparous and term multipara. The score includes the station evaluation of the cervical dilatation, effacement, consistency, position, and presentation part. A low score of 5 suggested that spontaneous labor would not occur within the next 2-3 weeks. A higher score (6–7) indicated the likelihood of labor occurring within the next 7-10 days. In the case of a low Bishop score, the probability of a failed induction (i.e., C / S need) is 25%. Therefore, when an IOL is planned, every attempt should be made to first “mature” the cervix, ie to increase the Bishop score to 7.

Misoprostol, Cervidil, Foley balloon (with or without oxytocin), amniotomy, and peeling membranes are accepted techniques for IOL. Each of these options has its own risks and complications.
Misoprostol is inexpensive, stable at room temperature, and can be used both orally and rectally, even in poorly sourced environments. Although it is not FDA-approved for this indication, it is a widely preferred option. Wallstrom et al. They tried against taking rectal or oral tablets with 4002 patients who received liquid misoprostol every 2 hours. The C / S ratio was 17% versus 26% on the tablets and none of the perinatal outcomes (low Apgar scores, pH values, PPH) were present. This option can be used when a faster and more reliable absorption of the agent is desired.
Cervidil (dinoprostone) is the only FDA-approved intervention for cervical maturation, but it is more expensive than misoprostol. Tsikouris et al. He compared 50 g of misoprostol to 3 mg of dinoprostone in two vaginal doses 6 hours apart, and compared this with oxytocin for induction of labor with unfavorable cervix (Bishop score 6), at low risk post-term (> 40 weeks CI), when needed. They found that women in the dinoprostone group were more likely to need a second vaginal dose to continue labor (43.4% versus 21.5% in the miso group, p = 0.01).
Both groups had equally successful IOL rates (91.6% with miso and 85.8% with dinoprostone). Although the delivery time was shorter with misoprostol compared to dinoprostone (11 versus 14.1 hours, p <0.001), this group showed a higher rate of tachysystole-miso. (16.8 vs 4.0%, p = 0.007). One 180 multiparate RCT randomized to the simultaneous use of the Foley balloon with oxytocin given after removal of the Foley balloon reported a statistically increased probability of delivery within 24 hours (87.8% in the concurrent group vs. 73.3% in the sequential group; p = 0.02).
This group also has a significantly shorter induction up to birth interval and greater cervical dilation in balloon removal. Delivery method and intraamniotic infection rates were similar. Therefore, the concurrent option is preferred. On 140 women with a Bishop score of 6, Foley performed an RCT with or without tension on the balloon catheter in 30 minute increments. Results (vaginal delivery within 24 hours and C / S ratios) were similar in the two groups and therefore it was concluded that this intervention was not necessary. The results of a Cochrane review on the efficacy and safety of amniotomy have been reported. Although amniotomy causes a 20-minute drop in the first stage of labor and a lower C / S rate, they are not statistically significant. Therefore, amniotomy should not be a routine part of labor management, but should be considered if clinical indications exist, such as the need for an internal fetal scalp electrode to obtain reliable fetal heart monitoring.
Stripping of the amniotic membrane causes the release of prostaglandins and is a safe, effective and inexpensive method to induce labor. When done at 38-40 weeks GA, it increases the probability of spontaneous delivery, reduces the need for additional induction methods, and reduces the likelihood of post-term pregnancies. GBS prophylaxis is not indicated for this intervention. However, with this option, there is no date for the transmission of hepatitis B or HIV to the fetus and patients should be informed accordingly.