Today, there is a lot of scientific evidence that lead exposure negatively affects reproductive health. The main source of exposure is often professional choices. But there is no doubt that environmental exposure to lead has decreased in recent years, especially in developed countries such as the United States, Canada and others. The main role in this reduction is the practice of eliminating leaded gasoline. Yet the risk of lead poisoning still remains, especially in developing countries, due to some sources of exposure, such as lead paint, cosmetics, traditional medicines, electronic waste, and glazed ceramic containers, among others.
It is very difficult to give up lead due to its use in a wide variety of industrial lines such as melting, manufacturing and recycling of car batteries and lead crystal glassware. However, in recent years, there has been an increase in the prevalence of the damage caused by lead and the measures to be taken to protect the health of people. Identifying risk factors for having high BLL has contributed to reducing the prevalence and severity of lead poisoning. In a way, the results of the research help people realize the toxicity of this metal and the danger it poses to their health. 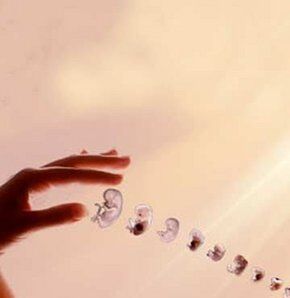 Health interventions in recent years have been effective in less lead exposure. Despite this, protection measures especially for women and children need to be increased. To date, there is no exposure lead level that can be considered safe. Although the CDC has set a reference value of 5 gg / dL for BLLs in children, epidemiological studies have shown that adverse health effects can occur even at lower lead concentrations.
Regarding women, adverse reproductive results were also observed in BLLs below 5 g / dL, with a decrease in delta-aminolevulinic acid dehydratase (ALAD) activity in pregnant women with a mean blood lead of 2.2 g / dL. Damages to the female reproductive system have been reported for BLLs above 2.5 g / dL. Some prevention strategies should be considered to protect the toxic effects of lead. Preventive measures should include at least the following:
• Developing public awareness campaigns to identify sources of exposure to health
• Evaluation of risk factors for all pregnant women in prenatal care
• Education of women of childbearing age to avoid lead exposure sources
Screening for lead exposure for all pregnant women through diagnostic tests such as blood lead, ALAD activity and urine ALA
• BLL & # 8805; Keeping children and pregnant women up to 5 g / dL away from sources of exposure
• Requiring employers to take measures to reduce lead levels in workplaces
• Requiring exposed workers to use protective equipment
• Reviewing regulations to provide further protection for the exposed population
Environmental monitoring (in air, soil, water, etc.) to detect any deviation from established standards
Investigation of new biomarkers with high sensitivity and specificity to assess body exposure and effects

The Effect of Gender Differences on Lead Toxicity

The effect of gender on the health effects of lead is a controversial issue. Although gender differences in lead exposure, absorption, and metabolism have been reported by some researchers, the results are not conclusive. In a prospective cohort, the effects of sex differences on the relationship between lead exposure and neurodevelopmental toxicity were analyzed. Lead levels were determined in the early and late stages of pregnancy, in the cord blood at birth and in the blood of 2, 3 and 5 years old children.
In conclusion, a significant relationship was observed between lead concentrations at the end of pregnancy and the risk of behavioral problems, while blood lead measured in children aged 2 to 5 years was associated with an increased risk of behavioral problems in women. According to previous data, the sensitivity of lead to the neurotoxic effect of lead in the early period of life is higher in boys than in girls. On the other hand, experimental data show that the sensitivity to the immunotoxic effects of lead is higher in women. More research is needed to highlight these inconsistencies.
The biological effects of lead exposure in humans also appear to differ by gender. In a study conducted in Japan, the authors aimed to determine the effects of sex on porphyrin metabolic disorders caused by lead exposure. Blood lead, plasma delta-aminolevulinic acid (ALA), urinary ALA and urinary coproporphyrin (CP) were determined in exposed workers. Although no significant difference was observed in blood lead concentrations between male and female workers, women had higher plasma ALA concentrations and higher urinary ALA and CP excretion compared to men. The mechanism that could explain this difference is still unclear.
Regarding the reproductive system, even very low levels of lead exposure have been observed to have health hazards in women. A study conducted in Taiwan evaluated the relationship between low-level lead exposure and infertility risk. The mean lead concentration (3.5 g / dL) in infertile women was significantly higher than that in the control group (2.78 g / dL). Also, women with BLL> 2.5 g / dL had a three times higher risk of infertility than those with BLL 2.5 g / dL. In contrast, the harmful effects of lead on the male reproductive system were detected at higher exposure levels than women. 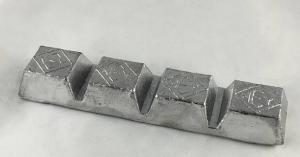 The importance of finding an explanation of gender effects for lead and other environmental toxicants was discussed by the Women’s Health Research Association in a roundtable at the National Institute of Environmental Health Sciences in October 2002. Despite the above results, several studies have considered gender differences in susceptibility to lead poisoning. Some studies have included gender as a confounding factor in the relationship between lead exposure and health impairment. However, in some studies, no differences were found between men and women in terms of the harmful effects of lead.
Based on the results of the studies, the following differences can be highlighted between men and women regarding lead exposure:
• In general, blood lead levels in unexposed individuals are higher in men than in women.
• Female reproductive health hazards may occur at lower exposure levels than men.
• Women are at higher risk of experiencing behavioral problems associated with prenatal lead exposure in early childhood.
• Sensitivity to the neurotoxic effects of lead appears to be higher in boys than girls.
• Sensitivity to the immunotoxic effects of lead is higher in women.
• Biologically, porphyrin metabolic disorders caused by lead exposure affect women more than men.
• Impairment in the synthesis and function of hormones has been observed in both genders. However, little is known about the differences between male and female regarding the mechanisms that affect lead’s reproductive system.
In summary, gender difference should be considered as an important factor in order to better evaluate the harmful effects of lead on health. More research is needed to better understand the role of gender as a modifier of the effects of lead exposure.

It is thought that lead can affect the development of the reproductive system of children. There is evidence that lead exposure from both the father and mother can have a detrimental effect on the structure and function of the gametes and may have adverse effects on the health of the newborn. Embryos and fetuses are extremely sensitive to environmental toxic substances. Since lead can cross the placental barrier and reach the fetus, it is known that exposure to lead during pregnancy can impair fetal development.
Lead is known to affect testosterone levels in adults and cause reproductive impairment. Low testosterone levels can decrease semen quality and increase genital malformations in men. In contrast, high testosterone levels in women are associated with higher polycystic ovary syndrome (POS) and puberty disorders. However, few studies have focused on the relationship between lead exposure and androgen hormone levels in children. One of the few longitudinal studies on this topic was conducted in Russia.
This study evaluated the effect of organochlorine chemicals and lead on growth and pubertal timing in 516 boys. Children were enrolled in the study at 5-7 years of age and were followed up to 18-19 years of age. Lead exposure is negatively associated with adolescent growth. In addition, it has been suggested that lead may delay the timing of male puberty.
In a study conducted in the USA to evaluate the relationship between blood metal concentrations and testosterone levels, the concentrations of lead, cadmium, mercury and selenium in the blood of children and adolescents and serum testosterone levels were determined. Although no significant association was observed between blood lead and total testosterone (TT), TT concentrations were significantly higher in girls in the fourth quarter compared to those in the first quarter. On the other hand, in a prospective study conducted in Mexico City, maternal patella lead and blood lead in early childhood were inversely correlated with breast growth in girls. In addition, the increase in the maternal patella lead of the girl is associated with advanced age menarche. Childhood blood lead is negatively associated with growth of pubic hair in girls, and no association has been observed in boys. 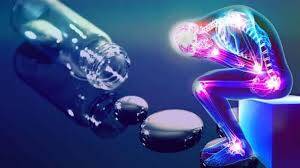 There is ample evidence that lead exposure can harm the reproductive health of both men and women. The harmful effects of lead have mostly been observed in occupationally exposed people. However, research in recent years has shown that these damages can occur at levels of lead that were previously considered harmless. Most of the effects observed on the male reproductive system are related to the direct effect of lead on semen quality such as ejaculation volume, sperm density, abnormal morphology, sperm count and motility. It can also alter the concentrations of some male reproductive hormones, such as lead, follicle-stimulating hormones, testosterone, and luteinizing hormone.
In women, prenatal exposure to lead, even at very low levels, has been shown to be harmful to both mother and fetus. Therefore, any level of lead exposure can be associated with adverse reproductive outcomes. Lead has been associated with a wide range of adverse outcomes, including spontaneous abortion, intrauterine growth restriction, preterm birth, stillbirths, gestational hypertension, preeclampsia, and low birth weight.
Several recent studies have hypothesized the mechanisms that lead affects male and female reproductive health. However, more research is needed to clarify these mechanisms. As a result, lead exposure continues to be a health problem for both male and female reproductive health. It is important to take preventive measures to avoid the harmful effects of this toxic metal on the reproductive health of both men and women.