Aging is a natural process. Everyone should experience this phase of life at their own time and pace. Aging in a broader sense reflects all the changes that occur throughout life. These changes begin with birth, the person grows, develops, and reaches maturity. Getting older is exciting for young people. Middle age is when people notice age-related changes such as graying of hair, wrinkled skin, and a fair amount of physical regression.
Even the healthiest, aesthetically in good condition cannot escape from old age and these changes. Slow, stable physical impairment and functional impairment are noticed and result in increased dependence in old age. According to the World Health Organization, aging is a course of biological reality that begins when conception and ends with death. It has its own dynamics far beyond human control. However, this aging process also depends on the structures that each society makes sense of old age. In most developed countries, age 60 is considered the equivalent of retirement age and is said to be the beginning of old age. This article contains information about aging processes and related physiological changes.
Changes in the nervous system
Aging is associated with many neurological disorders as the brain’s capacity to transmit and communicate is reduced. The biggest fear among the elderly, which includes the loss of personality due to dementia (usually Alzheimer’s disease), is the loss of brain function. Many other neurodegenerative conditions are also increasingly common with age, such as Parkinson’s disease or the sudden onset of a stroke.
Alzheimer’s and Parkinson’s diseases are progressive neurodegenerative diseases associated with aging. Alzheimer’s is characterized by progressive cognitive impairment with a change in behavior and a decrease in activities of daily living. Alzheimer’s is the most common type of pre-senile and senile dementia. This disease causes nerve cell death and tissue loss in the brain and affects nearly all functions. 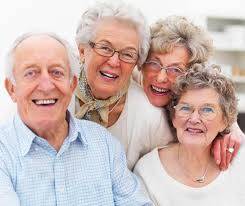 The cortex in the brain shrinks and this damages areas related to thinking, planning, and remembering. The shrinkage in a nerve cell is particularly severe in the hippocampus (an area of ​​the cortex that plays a key role in the formation of new memories) and the ventricles (fluid-filled cavities in the brain) also enlarge. Alzheimer’s disease causes a general imbalance among the elderly by causing memory loss, changes in personality and behavior-like depression, apathy, social withdrawal, mood swings.
Approximately 33 million Indians have neurological disorders, and these are twice as common in rural areas. According to the World Health Organization (WHO), about 5% of men aged 60 and over and 6% of women worldwide are affected by Alzheimer’s type dementia. The total prevalence of dementia per 1000 elderly in India is 33.6%, of which about 39% is vascular dementia and about 54% is Alzheimer’s disease. Stroke was another common cause of death worldwide. However, it is reported that the prevalence rate of stroke among the elderly in India is very low compared to Western countries.
Knowledge
A slight decrease in overall accuracy is observed in the early 60s, which progresses slowly, but sustained attention is good in healthy older adults. Cognitive functions are reduced and disorders are common in the elderly. Normally these changes occur as the results of distal or proximal life events where distant events are early life experiences, such as cultural, physical, and social conditions that affect functionality and cognitive development. Cognitive decline is caused by proximal factors (multiple serial cognitive processes), including processing speed, size of working memory, inhibition of external environmental stimuli, and sensory losses. This is a threat to the quality of life of affected individuals and their caregivers.
Cognitive impairment among the elderly is associated with an increased risk of harm to self or others, a decrease in functional activities of daily life, and an increased risk of mortality. Mild cognitive impairment is increasingly recognized as a transition state between normal aging and dementia.
Memory, learning and intelligence According to various studies, the effect of normal aging on memory may be due to the finely changing environment in the brain. The volume of the brain peaks in the early 20s and gradually decreases for the rest of life. In the 40s, the cortex begins to shrink and people begin to notice subtle changes in their ability to remember or perform multiple tasks at once.
Other important areas such as neurons shrink or atrophy, and a large reduction in the width of the connections between neurons (dendritic loss) is also noticeable. During normal aging, the blood flow in the brain decreases and it becomes less efficient in taking different parts into operation. All changes in the brain that occur with aging reduce the effectiveness of cell-to-cell communication, which reduces the ability to retrieve and learn. It also affects intelligence, especially fluid intelligence (problem solving with a new material that requires complex relationships) rapidly declines after adolescence. Perceptual motor skills (timed tasks) decrease with age.
Vision
It includes aging, a decline in adaptation (presbyopia), glare tolerance, adaptation, low contrast activity, careful visual fields, and color separation. Changes occur in the central processing and components of the eye. These many changes affect reading, balancing and driving.
Hearing
Aging causes conductive and sensory hearing losses (presbycusis); the loss is primarily high tones, making it difficult to distinguish consonants in speech.
Sharpness of taste
Losing their sense of taste is a common problem among adults. Taste sharpness does not decrease, but salt fixation decreases. The perception of dessert does not change and bitterness is exaggerated. The salivary glands are affected and the volume and quality of saliva decreases. All the changes come together making it less interesting to eat. Studies show that the physiological decrease in taste acuity and papilla density results in decreased taste function.
In fact, studies on taste dysfunction show that changes in taste acuity intensity associated with aging can affect taste function differently in different parts of the tongue. The sense of taste decreases during the normal aging process. A study conducted on healthy elderly people shows that after about 70 years of age, the threshold of taste starts to increase and as a result, dysgeusia occurs. Chewing problems associated with tooth loss and prosthesis use also interfere with the sense of taste and cause a decrease in saliva production.
Koku 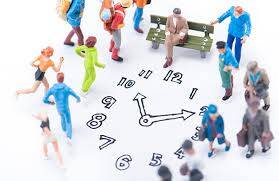 Our olfactory function decreases as we age. Along with normal aging, hyposmia (reduced ability to smell and perceive odors) is also observed. With increasing age, the sense of smell decreases, and this affects the ability to distinguish smells. It can lead to significant deterioration in quality of life, including decreased sense of smell, taste disturbance, and loss of food pleasure resulting in changes in weight and digestion.
It has been reported that more than 75% of people over the age of 80 have evidence of major olfactory impairment. Many long-term studies show evidence of a significant reduction in olfaction after the seventh decade. Another study found that 62.5% of 80-97-year-olds had olfactory disorders.
However, it is widely accepted that taste disorders are much less common with age than loss of smell. Aging also causes atrophy of olfactory bulb neurons. Changing central processing causes decreased perception and decreased interest in food.
Do not touch
As we age, our sense of touch often decreases due to skin changes and decreased blood circulation to the touch receptors or to the brain and spinal cord. Minor dietary deficiencies, such as thiamine deficiency, can also be a cause of changes. The sense of touch also includes awareness of vibration and pain. The skin, muscles, tendons, joints, and internal organs have receptors that sense touch, temperature, or pain.
A decrease in touch affects simple motor skills, grip strength, and balance. Studies have shown that the functions of the muscle shaft (sensory receptors that primarily perceive changes in the length of this muscle within the muscle) and mechanoreceptor (a sensory organ or a cell that responds to mechanical stimuli such as touch or sound) decrease with aging and further interferes with balance.