It is assumed that it takes only 3 weeks for a person to develop a habit. However, a major concern with daily personality habits is how they gradually destroy the environment, and interestingly, much of it stems from ignorance. From driving to brushing teeth to wasting food, every single habit affects the environment in one way or another. All that is needed is to make small changes in daily lifestyle to reduce the carbon impact on the environment. 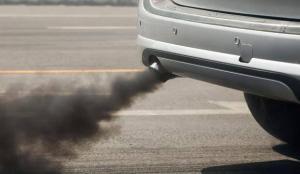 Drive: Driving is one of the main means people prefer to do their daily activities. However, only America Because there are 273.6 million motor vehicles in the United States, the environment pays for the smoke produced by cars from gasoline fuel. The fact that so many people own cars in other countries of the world has a huge negative impact on the environment. Therefore, people should not use cars too much or be more willing to use public transport as a means of travel to reduce their carbon footprint.
Improper disposal of batteries and ink: Household batteries used in everyday life contain traces of mercury and other toxic chemicals that can harm wildlife and marine life when they accumulate and leak into ecosystems around the world due to improper disposal. Ink cartridges, on the other hand, have more toxic effects on the environment if not disposed of properly. Millions of cartridges are thrown into landfills every year, which poisons the soil and further degrades the environment. These chemicals cause an intense accumulation of harmful substances in the body of animals, called biomagnification. This means that animals pass through their life cycle and through food chains that harm more animals.
Excessive use of plastic: Products sold in stores are most often packaged in plastic wraps. On top of that, most carrying cases offered in the case are also plastic in nature. Statistically, food packaging makes up about 70% of all household rubbish and waste that eventually ends up in landfills. The problem is that plastics are a major pollutant for the environment, as they do not degrade naturally but have a life cycle that can extend up to thousands of years. This means that as more and more plastic is dumped in landfills, decomposition does not occur, thus adding any negative value to the world.
Disposing of food as waste: Many people consider it a formal courtesy to completely finish the plate during a meal. But throwing away food is bad in that it is a basic need out of reach of poorer people. Disposal of food is even worse for the environment because forests are cleared and emissions are created during the cultivation, transportation and processing process. Also, when waste food is not disposed of properly, it can cause an increase in organic matter that can increase the growth of algal blooms in waterways and other aquatic environments.
Using paper: Paper is used by people in different ways on a daily basis. For example, the use of paper towels in the kitchen, the use of tissues in the toilet and daily newspapers. Whatever the daily use of paper, what people overlook is that it is made of paper. Trees continue to be cut down continuously to meet market demands as there is a constant increase in demand due to lifestyle and changing definition of hygiene. Therefore, it causes deforestation by constantly increasing the number of trees to be cut down each year.
Boiling water with electricity: Boiling water is extremely necessary for morning coffee, for use in the shower or in the kitchen. The amount of energy used to boil water using electricity makes it one of the most expensive methods compared to gas. Therefore, since a lot of electricity is produced by coal and diesel engines, increasing the power load by using a boiler or coffee machine causes great harm to the environment.
Washing your face: People often use face washes that contain plastic exfoliating microbeads, which has been termed a serious environmental issue by researchers. Microbeads are not filtered during sewage treatment due to their small size. When released into bodies of water, they are swallowed by fish and other marine animals, which can harm aquatic life’s health at levels that can poison their organs or damage their gills. Since microbeads are made by humans for scrubbing during use, they also destroy the animal’s internal systems. What harms aquatic animals is the corrosive nature of the bead.
Eating meat: One of the most produced greenhouse gases in the world is methane, and this gas traps heat in the atmosphere. As one study suggests, the largest producer of methane gas is livestock. In this sense, the production of animal products is a major contributor of methane, a greenhouse gas that mostly originates from animal manure and enteric fermentation. By continuing to demand meat products, farmers continue to increase the supply of goods by keeping more animals and thus creating more greenhouse gases. So this cycle creates more problems for the environment. Alternative protein sources must be sought to provide food for people without the environmental cost of farm food.
flushing the toilet: Flush the toilet uses a bucket of water for each cycle. What’s even more devastating is that once you flush the toilet, the water immediately turns into black water and serves no other purpose until it’s treated at the sewage plant. Accordingly, such use of water is very inefficient as it uses water alone and then requires fresh processing. A better alternative is to use compost toilets. It is a good alternative to use this option instead of water, since wastes can be used in projects such as fertilizer production. However, this selection may be too large for some and may not be applicable in some areas. Therefore, the alternative may be to reduce the number of toilet flushes or to install low flush toilets. 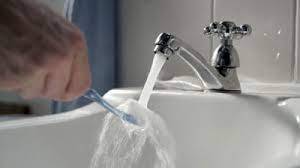 Brushing teeth: Brushing teeth is another bad habit as it wastes water. Brushing techniques are particularly poor at conserving water, as people drain water while brushing their teeth, and this means a lot of water is consumed in the long run. One option is to turn off the tap while brushing, while the other is to use brushing techniques that do not require water. Various plant shoots and leaves have been used for centuries to balance the breath. It provides individuals and dental hygiene and provides protection against germs that cause caries. The best example is among the Masai in Tanzania and Kenya. They use a tool colloquially known as the toothbrush tree (Salvadorapersica). The stem of this is used to clean teeth, it also has additional health benefits as it is associated with the treatment of complications from rheumatism and cough.
Spending time in front of a screen such as TV, mobile phone, computer: For most people, spending most of their time in front of a TV or other screen is a daily human habit that consumes energy from the device or requires the use of electricity. Spending almost 11 hours a day in front of some kind of screen increases the electrical load. The remedy is to reduce the amount of time electronic devices are used to reduce the electrical load on the electrical grid.
Usual spending: Consumerism is the constant and excessive purchase of consumer goods. It comes after the satisfaction of basic needs that allows individuals to purchase products for entertainment or any other purpose. This habit increases the demand for consumer products, enabling the market to produce more by constantly running production factories. As a result, there is a constant consumption of energy that harms the environment as it involves the burning of fossil fuels and the subsequent generation of associated greenhouse gases. In order to avoid habitual expenditures, the number of goods purchased must be reduced to reduce the demand and thus the supply and production of these goods. As a result, such an approach reduces industrial processing and protects the environment.

Not recycling: The last of the habits that destroy the environment is not recycling. By not recycling, too many resources are sent to landfills such as plastic and glass. Recycling conserves energy and resources by repurposing already produced products. This means that the energy that needs to go into the production of completely new products can be reused or conserved.
Keeping electronics on: You’ve probably heard it a thousand times before, but turning off electronics when not in use makes a difference to the environment. It not only helps to reduce the monthly electricity bill, but also plays an important role in reducing the carbon footprint on the environment.
Shopping online: With eCommerce companies expanding their reach every year and the technology at hand to order products online, online shopping today has become terrible for the environment in many ways. Emissions from trucks carrying goods and the plastic packaging of goods going to landfills are some serious issues that need to be investigated.