Transplant is the definitive treatment for end-stage organ disease. Active management of potential organ donors is becoming increasingly important, as the lack of suitable organs is its main limitation. Most solid organs are still obtained from donors after confirmed brain death. Brain death is the complete and irreversible interruption of all brain functions, triggering various serious pathophysiological changes in the cardiovascular, hormonal and metabolic state that can cause organ damage. Moreover, brain death is associated with a cytokine storm and a massive inflammatory response combined with complement activation that increases graft immunogenicity and negatively affects graft survival. Organs from brain-dead donors are more prone to graft dysfunction and rejection than organs obtained from living donors. Brain death is the complete cessation of all brain functions, including the brainstem, when the etiology of brain dysfunction is known and considered irreversible. All reversible causes should be examined and excluded. According to the American Academy of Neurology (AAN), the basic criteria for brain death are coma or unresponsiveness, absence of brainstem reflexes, and apnea. A patient determined to be brain-dead is legally and clinically dead and can be considered as an organ donor in accordance with the choice of both himself and his relatives. Loss of central regulation leads to serious pathophysiological changes in hemodynamics and respiratory, inflammatory and endocrine systems.

Increased intracranial pressure following cerebral trauma, infarction or bleeding causes increased arterial blood pressure as an attempt to restore adequate cerebral perfusion. If this fails, it creates a reflex response known as the Cushing reflex, along with pons ischemia, bradycardia, and hypertension. Ischemic damage then progresses throughout the brain, resulting in a catecholamine characterized by sympathetic stimulation, hypertension, tachycardia, and severe peripheral vasoconstriction. A more explosive increase in intracranial brain pressure is associated with a higher increase in catecholamine concentrations. As a result, despite the increased systemic perfusion pressure, a significant reduction in blood flow prevails, leading to visceral and myocardial ischemia.
Observations in brain-dead donors show evidence of myocardial ischemia on echocardiographic examination. The first stage of catecholamine storm is followed by loss of sympathetic tone and deep vasodilation due to ischemia in the vasomotor nuclei of the brainstem. Many factors contribute to hypotension, including vasodilation, catecholamine depletion, myocardial dysfunction, relative hypovolemia, and endocrine dysfunction. Hypoperfusion further disrupts organ integrity and, along with a catecholamine burst, has detrimental consequences for potential grafts if left untreated.

Damaged brain tissue is a rich source of potent platelet-activating and procoagulant molecules, which often leads to widespread intravascular coagulation. Hypothermia, acidosis, and catecholamines all affect platelet function and also contribute to coagulopathy.

Current recommendations and guidelines for the management of a potential organ donor in the intensive care unit (ICU) are based on experience gained from pathophysiological judgment and general ICU management strategies and are not based on evidence from randomized controlled trials. The primary goal of intensive care donor management is the preservation and optimization of organ function in order to provide the maximum number of quality organs that can be offered for donation. Ten years ago, a more simplified and easy to remember goal set known as the 100 rule was created. This means systolic arterial pressure> 100 mmHg, urine output> 100 ml / hour, arterial partial pressure of oxygen (PaO2)> 100 mmHg, hemoglobin concentration> 100 g / L, and blood glucose 100% normal.

Activation of the Inflammatory System

Aseptic necrosis of brain tissue leads to the release of multiple inflammatory mediators that trigger and support the massive local and systemic inflammatory response driven by both innate and adaptive immune systems. Hypotension with catecholamine storm and hypoperfusion of organs contributes to the additional activation of immunological pathways. One of its deleterious consequences is the activation of the cytokine system, which are polypeptide immunomodulatory molecules that both participate in immune responses and act on cell differentiation, proliferation and activity. Various cytokines have been found in brain tissue and spinal fluid after brain death. These cytokines are then released into the circulation through a faulty blood-brain barrier, continuing to stimulate peripheral target cells and organs.
Up-regulated expression of cell adhesion molecules (CAMs), including selectins, vascular (VCAM-1), and intracellular CAMs (ICAM-1), in the endothelium of potential grafts plays a critical role in numerous inflammatory processes. One of its tasks is the collection of circulating monocytes, macrophages and polymorphonuclear leukocytes as shown in organ biopsies after organ harvesting. Therefore, not surprisingly, increased CAM levels have been associated with increased mortality in transplant recipients.
Activation of leukocyte populations in peripheral organs maintains an inflammatory environment by expressing CAMs and secreting proinflammatory agents, among others tumor necrosis factor alpha (TNF) and interferon gamma (IFN-). In particular, IFN- induces the expression of major histocompatibility complex (MHC) classes I and II in graft cells, enhancing the immunogenicity of organs through the T cell recognition process. The activated organs provoke a host immune system after vaccination, resulting in severe acute or chronic rejection.
Cytokines Involved in Brain Death
Increased blood levels of various cytokines such as TNF, interleukin (IL) -6, IL-8 and IL-2R have been observed after brain death. Cytokines are mostly derived from T cells, divided into different groups according to their main functions and the T helper (Th) cell subtypes they are associated with. Th1 cell-associated cytokines are TNF, IL-1, IL-2, IL-12 and IFN. They act early in the inflammatory cascade and stimulate and support inflammation by mediating between different inflammatory pathways. They also activate endothelial cells and cellular adhesion molecules and contribute to T-cell maturation. Th2 cell-associated cytokines IL-4, IL-5, IL-10 and IL-13 are not so important, they are considered anti-inflammatory when associated with brain death and early transplant period.
One of the cytokines most involved in brain death is IL-6, a member of Th-17 cell-related mediators. Increased IL-6 concentrations have been demonstrated in both plasma and organs of brain dead donors, including the kidneys, lungs, liver, and heart. Higher IL-6 values ​​are associated with worse transplant outcomes and poorer survival of recipients. Brain death has shown a significant increase in IL-8 values ​​in bronchoalveolar lavage fluid from lung donors and is associated with early graft dysfunction after lung transplantation. In addition, high IL-6 gene expression was observed in preimplantation biopsies of patients who died within 30 days after lung transplantation. Also, IL and TNF levels are significantly higher in donor lungs rejected for transplantation compared to transplanted lungs. IL-6 and TNF-a values ​​in the myocardium of dysfunctional discarded donor hearts are higher than in transplanted donor hearts. 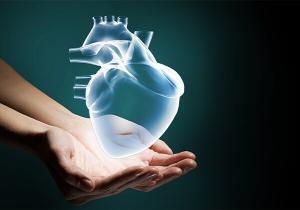 The complement cascade is an essential part of the innate immune system and the transplantation process. Activation of the classical, alternative or lectin pathway of the complement system leads to the formation of a common terminal cell lytic complex, or C5b-9, also known as the membrane attack complex (MAC). MAC induces acute inflammation by activating complement-mediated lysis of cells, proteolytic complement fragments such as C5a, C3a and to a lesser extent C4a as well as mast cells, neutrophils and endothelial cells. Studies have shown that all three pathway types play a role in systemic inflammation secondary to brain death. Complementary activation products have the ability to produce pro-inflammatory agents, including cytokines, and to function as chemotactic factors for leukocytes.
Increased complementary plasma levels of C5b9 in deceased brain donors are higher than in the plasma of living organ donors. It is higher in dying brain death and dying heart-fatal donors. C5b9 levels have been associated with worse tissue damage, higher rates of acute, chronic rejection, and poor post-transplant function. Complement activation also causes the release of anaphylatoxins C3a and C5a, potent activators of T cells. Brain dead organ donors have higher C5a values ​​in plasma compared to living donors.