Children of parents with mental illness live a life full of difficult experiences that degrade their quality of life. In addition, this process may have serious consequences in the long term that may cause them to experience severe traumas in their childhood years. However, these children are not an officially recognized group around the world and data and statistics are not collected about them. For example, UK policies acknowledge the needs of young caregivers, but they do not address the specific challenges faced by children whose parents are mentally ill. In other countries this is not the case; In Australia, these children are officially identified and known as children of mentally ill parents (COPMI) and in most Scandinavian countries as “young relatives”.
Children of mentally ill parents remain a secret group in the UK, and many are reluctant to identify as young caregivers due to the embarrassment and stigma often associated with mental illness, leaving them vulnerable and at risk of neglect. The UK Child Commissioner’s Vulnerability Report (2018) found that in an average classroom, eight children had one parent with mental health problems – equal to 25% of the school population in the UK. In 2018, Our Time, a UK charity advocating and providing support for this group, conducted an analysis of the available data.
The UK currently lives with a parent with mental illness. More evidence suggests that without support, 70% of these children may continue to develop mental health problems. In two sick parents, there is a 30-50% chance of developing a serious mental illness later in the child’s life. A WHO review stated: “Children with a parent with a mental illness or substance use disorder are at high risk of experiencing family discord and psychiatric problems. The intergenerational transfer of mental disorders is the result of interactions between genetic, biological and social risk factors that occur in early stages such as pregnancy and infancy. “ 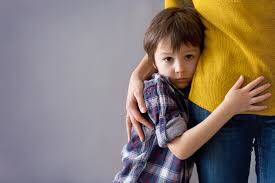 Its Impact on the Child-Parent Relationship

Using case studies and personal testimonies, research illustrates the types of difficulties experienced by children and adolescents growing up in a family with a parent with mental illness. For example, it is common for children, especially younger children, to report experiencing the same symptoms as their parents, i.e. symptoms caused by the parent’s diagnosis, such as delusions. This may be because the parent’s illness limits their emotional availability for their children. Both the symptoms of the disease and the side effects of the medication can cause the child to withdraw emotionally, which he typically perceives as rejection.
Therefore, the child intensifies his attempts at rapprochement with the parent, and this may cause further withdrawal of the parent. Not only does this create a vicious cycle of interaction between parent and child, but these attempts may expose the child to more risks, such as the distress of withdrawal to psychopathological symptoms that are not of the parent’s own.

Experience of living with a mentally ill parent often means that the child or young person adopts caring roles that are not age appropriate in their family. They can fill the gaps in their parents’ role that their parents cannot consistently fill due to their illness. This is when both the parent is noticeably uncomfortable and therefore really less capable and the parent is able to do it, but the child is used to fulfilling this role, or the parent does it while waiting for the next episode of illness.
The young can assist in maintaining well-being by taking responsibility for structuring the daily life of the family, fulfilling the needs of their siblings or housework, and also emotionally caring for their parents and other family members. These children also often turn around as they help their parents manage the symptoms of mental illness, such as emotional distress or behavioral difficulties. This often leads to a lack of focus and parentalization of the child’s needs by both the affected parent and the child himself.
The long-term impact of such experiences may be that children with this condition gradually form a perspective of the adults around them with limited abilities and therefore do not trust or expect adults to meet their needs. The responsibilities they believe they should fulfill themselves are a huge burden for a teenager to bear.
These teenagers often feel guilty for being incompetent and taking on the role of the parent while trying to overcome such unrealistic responsibilities and inevitably failing. This can also negatively affect their own self-esteem and feelings of self-efficacy, and they may start to question their abilities in other areas of their lives, which has a negative impact on their well-being. 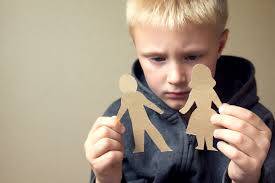 Children and families of parents with mental illness suffer from the shame and stigma surrounding mental illness in a variety of ways. It prevents communication about mental illness and emotions more generally within the family. It also prevents communication and supportive ties outside the family, ie with extended family, community and other social networks. This leads to feelings of isolation and withdrawal from social interaction. As a result, most parents with mental illness feel their child very different from their peers.
This type of shame, stigma, and isolation combined with the children’s imagination means that many of these children live with damaging fears or misunderstandings about mental illness. For example, they fear that they will “catch” their parents’ illness, decide to develop it themselves, cause the illness or symptoms. Shame, stigma, fear, and isolation further reduce the likelihood of seeking help, advice or information that will comfort them and enable them to understand their situation and develop strategies to deal with it.

The KidsTime model is built on three principles in its work with children and families affected by parental mental illness and will be explained in more detail in the next section.
• have a good explanation
• have a reliable adult to talk to
• Knowing that you are not alone

The Importance of Disclosing This Situation to Children

Many children affected by their parents’ mental illness report that their parents receive little information or explanation about their illness. Even at the hospital bedside, only 1 in 3 teenagers receives any information about their parents’ condition. Not having an explanation or understanding what is happening can be an uncomfortable experience in itself. However, teenagers who are given a statement often describe it as a key factor in helping them cope with their situation. 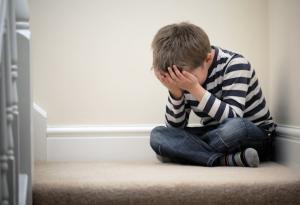 Getting an explanation about their parents’ mental illness can make a significant difference in helping affected children feel more in control of their condition. It can also mitigate or even prevent the confusion and self-blame about mental illness and the confusion that many young people feel about the origins and symptoms of the illness. This will allow children to distinguish between “sick” and “not sick” behaviors of their parents, thus reducing the likelihood of adopting any of these behaviors themselves. Having a good explanation is one of three protective factors that have been identified in international studies as key to building resistance for children with mental illness.
There is no specialist support for children affected by parental mental illness in the UK. These children may cross paths with multiple services, such as healthcare, children’s social care, schools, or professionals directly involved in their parents’ psychiatric or social care. However, these professionals lack awareness or understanding of the unique experiences of children living or caring for a parent with mental health issues, and also often lack confidence in talking to children about mental illness. This has two negative effects:
• First, it reinforces the frustration of these young people with adults as protective or supportive figures.
• Second, these young caregivers stay under the radar and are therefore unlikely to receive satisfactory explanation or helpful support.