Benzodiazepines and zopiclone drugs are frequently used in the treatment of insomnia or anxiety. Although it is only recommended for short-term use and is often the second line of non-pharmacological treatment strategies, it continues to be prescribed in high volumes in some countries. Long-term use of these drugs is associated with addiction, increased risk of falls, adverse cognitive effects, and increased risk of motor vehicle crashes.
Zopiclone is the most widely distributed and funded hypnotic drug. More people dispensed zopiclone in 12 months from October 2019 to September 2020 than the total number of people distributing any benzodiazepines. Many patients are prescribed large amounts of zopiclone: ​​one-fifth of people given zopiclone took 180 or more tablets in 12 months from October 2019 to September 2020.
Benzodiazepines or zopiclone should only be prescribed for short-term use in cases where the benefits of treatment outweigh the risks, and usage should be reviewed regularly. The preferred first-line treatment for insomnia is non-pharmacological approaches. These approaches may provide short-term benefit with hypnotic drugs, including zopiclone and benzodiazepines, but are associated with a range of side effects, especially in the elderly or those with frailty. Benzodiazepines should not be routinely initiated for the treatment of anxiety.

Use of Benzodiazepines and Zopiclone 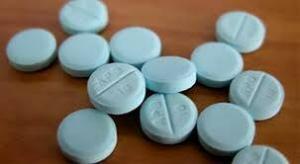 Benzodiazepines, benzodiazepine-like hypnotics * and anxiolytics are drugs that cause sedation, drowsiness, relaxation and impaired memory, depending on the drug and formulation used. Benzodiazepine-like hypnotics are often referred to as z-drugs because of their alliteration in their nomenclature (zopiclone, zolpidem, zaleplon) and the indication as hypnotic. Zopiclone is the only z drug available in some countries such as New Zealand. Benzodiazepines are Class C controlled drugs; Zopiclone is not a controlled drug. Also called benzodiazepine receptor agonists (BZRAs)
Analysis of distribution data in countries such as New Zealand shows that large amounts of benzodiazepines and zopiclone (for any indication) are prescribed to large numbers of patients. It is unclear to what extent these drugs are used by prescribed patients rather than stored, shared, or even sold.

In the 12 months from October 2019 to September 2020, more than half of the patients were given more zopiclone or temazepam than required for a four-week course. Patients should only take short-term zopiclone or benzodiazepines to treat insomnia, but without the appropriate medication before trying another There is no clear clinical guideline regarding the duration. Patients who dispense large quantities of tablets in a year may be taking them continuously throughout the year as required, or over several short courses.
• Clonazepam is not included in this table as it is an approved indication for the treatment of epilepsy. However, in practice some clinicians use clonazepam to treat anxiety. It is a long acting benzodiazepine; The NZF does not list a dose for use in anxiety.
• Half-life definitions (short): less than 12 hours, medium: 12-24 hours, long:> 24 hours. The half-life is probably longer in elderly or debilitated patients or those with kidney failure. The use of long half-lives benzodiazepines is not recommended in older or debilitated patients.
• Older patients or those with comorbidities such as renal impairment may require lower doses recommended, usually half the normal adult dose.
Nitrazepam (indicated for insomnia) and oxazepam (indicated for anxiety and acute alcohol withdrawal) have been discontinued and may have limited availability
• NZF recommends a treatment duration of no more than ten days.

Anxiety Treatment and Other Indications: Lorazepam and Diazepam

Lorazepam and diazepam are intermediate and long-acting benzodiazepines used as sedatives during anxiety treatment (short-term use only), acute alcohol withdrawal, status epilepticus, muscle spasm, and medical procedures, respectively. Lorazepam and diazepam are also indicated for the short-term treatment of insomnia, but it is not a preferred treatment. Distribution data show that in the 12 months from October 2019 to September 2020, about half of the people took more than 30 tablets, indicating that long-term use is common. As with zopiclone and temazepam, around 20% of people were given 180 tablets of diazepam or lorazepam in 2019/2020.

How to Prescribe Benzodiazepines and Zopiclone for Insomnia or Anxiety?

Benzodiazepines or zopiclone should only be prescribed for a short period of time in cases where the benefits of treatment outweigh the risks, with regular reviews of use and pursuing non-pharmacological strategies. If a hypnotic is indicated, choose a short acting preparation (eg Zopiclone, temazepam or triazolam) and it should be prescribed for a short time at the lowest effective dose (eg five to ten days).
Benzodiazepines are not a first-line pharmacological therapy for anxiety; In some cases, short-term treatment may be appropriate. Adverse effects can lead to adverse clinical consequences such as falls and increased risk of motor vehicle accidents. Particular care should be taken when prescribing these drugs to the elderly or the frail.
Benzodiazepine and zopiclone prescription should be carefully considered as patients may perceive that the rapid symptom relief often gained while using these drugs outweighs any side effects and risks. Patients may be less willing to try other treatments that are not immediately satisfactory, such as non-medical interventions for insomnia or anxiety, but these will likely be safer and more appropriate in the long term. 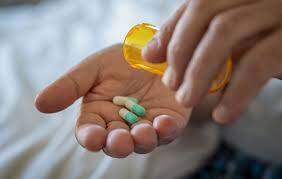 Before starting medication, patients should be informed about the risks and benefits of treatment, including side effects and addictive potential; make sure they understand that these drugs are only intended for short-term use (ie not taken regularly) and that non-pharmacological strategies must be pursued with this. In patients with severe symptoms, drugs can be used for a short time, while non-pharmacological measures can be taken. Benzodiazepines or zopiclone should only be prescribed for limited indications, in small quantities and with regular use reviewed. Prescribers should be alert to drug-seeking behaviors, such as early requests for repeat prescriptions or lost prescription requests.

Benzodiazepines and zopiclone are not preferred treatment options because:
• Cognitive-behavioral approaches (eg sleep hygiene and sleep restriction) are highly effective, supported by a good evidence base, and achieve better long-term results. However, communicating these benefits to patients seeking a “quick fix” can be difficult.
• Benzodiazepines and zopiclone approaches are known in alter sleep architecture with a lower amount of time spent in slow wave sleep, which reduces overall sleep quality compared to the equivalent duration of sleep achieved with cognitive behavior.

If a hypnotic is considered because other interventions have failed, a short acting preparation should be chosen (eg Zopiclone, temazepam or triazolam) and can be used for a short time at the lowest effective dose (eg preferably five to ten days, but up to four weeks. Non-pharmacological strategies should also be pursued. 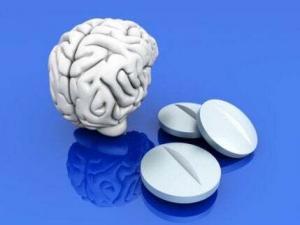 In addition to psychological support and counseling, depending on the type of anxiety disorder, pharmacological treatment options for anxiety include SSRIs, tricyclic antidepressants, buspirone, and benzodiazepines (short-term use only). Prescribing benzodiazepines as first-line treatment options even for short-term benefit can lead the patient to rely on the drug for anxiety management and deter adherence to subsequent psychological interventions due to relatively delayed symptom relief. If prescribed, discuss these risks with patients and develop a plan to minimize their occurrence, for example to prescribe only a short course or intermittent treatment of an acute panic attack should be reviewed regularly.
Benzodiazepines are often prescribed “as needed” to reduce the risk of tolerance. 10 However, irregular dosing can lead to fluctuating blood levels that can aggravate anxiety; If other first-line treatment options are not recommended or tolerated, it may be preferable to encourage regular short-term use, rather than as needed, to prevent panic attacks.

Side Effects of Hypnotics

Benzodiazepines and zopiclone can cause a range of side effects, including:
Dizziness
Muscle Weakness
Effects on cognition
• Addiction
Increased risk of dementia and possible increased risk of Alzheimer’s disease
Sleep automatism (in the case of z-drugs), including eating and even driving while still sleeping or in a sleep-like state
• Reduced libido
These adverse effects can lead to negative clinical consequences such as falls and increased risk of motor vehicle accidents. The side effects of benzodiazepines on cognitive function appear to persist even after the drug is discontinued.
The use of benzodiazepines or zopiclone in combination with opioids, alcohol, tricyclic antidepressants, and bupropion increases the risk of side effects such as sedation and respiratory depression, which increases the risk of falls and fatal overdose, especially in the elderly. Other risks associated with benzodiazepines or zopiclone and opioids or alcohol use include lack of judgment, sexual inhibition, and criminal activity.
Older or frail patients have less clearance of the drugs from their body and likely need a lower dose of benzodiazepine or zopiclone to minimize side effects, such as half the normal adult dose. Benzodiazepines with a long half-life should be avoided because of the increased risk of drowsiness and falling over the next day. Particular attention should be paid to diazepam, which is both long half-life and active metabolites.