For better or worse, oil is a very important commodity in today’s world. Not only does it fuel most of our cars, it also fuels many industries. Countries that have a lot of oil also have a lot of power because countries that don’t have it need it to fuel their economies. Therefore, oil-producing states have great leverage over oil-free states. Most oil-rich countries are members of an international government agency known as OPEC, short for Organization of the Petroleum Exporting Countries.
The purpose of OPEC is to “coordinate and unify the oil policies of its Member States and to stabilize oil markets in order to provide an efficient, economical and regular oil supply to consumers, a stable income and fair returns to producers. is to create capital for those who invest in the oil industry.” Therefore, OPEC is like an international lobbying group for oil producing countries. The organization was founded in 1960 and initially consisted of only five members namely Iraq, Iran, Kuwait, Saudi Arabia and Venezuela. Today, the group has a total of thirteen members, as well as founding members Libya, United Arab Emirates, Algeria, Nigeria, Gabon, Angola, Equatorial Guinea and Congo. 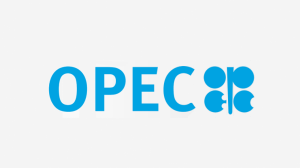 Some of the world’s largest oil producing countries are not part of OPEC. These countries are countries such as the USA, Russia, China and Canada. Altogether, these non-member countries account for around 40% of global oil production. However, the same countries also account for approximately the same percentage of oil consumption.
OPEC came to the fore during two major crises in the 1970s, when the group’s member states nationalized their oil industries, meaning they had a significant say in determining the market price of the commodity. In 1973, Arab member states imposed embargoes on the United States and several other countries in retaliation for their support for Israel during the 1973 Arab-Israeli war. This led to a rise in oil prices and an enormous fuel shortage in embargoed countries. In 1979, after one crisis, another crisis arose. The revolution in the oil-rich country of Iran led to a massive spike in crude oil prices. By this time, the rest of the world, and especially the United States, was heavily dependent on foreign oil, largely from OPEC members.