Some tests are conventionally used to evaluate inaccurate memory. One of them, DRM, is a recognition test associated with the word with its neutral and emotional content. In this test, each list contains 15 words (may vary by study), and commonly selected words are those with the highest misrecognition rates. Word lists consist of some positive (eg music, fruit, dessert and sleep), some neutral (eg chair, cold, pencil and loud) and other negative content (eg thief, garbage, pain and fear). The order of presentation of the words is randomly generated and differentiated for each topic, and participants are instructed to encode all lists. The words of each list revolve around a theme with which they are strongly associated.
These words are called critical keywords. For example, smoke (critical word), related words belonging to a common theme are themes related to cigarette, breath, flame, surge, pollution, ash, cigar, chimney, fire, tobacco, stench, pipe, lungs, flames and stain. Smoke, the critical word that translates the thematic essence of the list and is semantically associated with all other words on the list, is not presented in the memorization phase (study phase). The word smoke is remembered or recognized as many times as the words on the studied list.
The recognition task is performed immediately after the presentation of the lists (hours, days, etc.). It consists of 90 words, 45 of which are target, 15 related baits and 30 irrelevant baits. Targets are words studied (hit rates) in the original material taken from the 1st, 8th and 10th positions of the lists; relevant baits are words not presented in the original material but represent the semantic essence of each of the lists (false alarm); and irrelevant attractions are words that are not presented in the original material and have no semantic relationship to themselves (response bias measured by item interventions). Subjects are asked to circle the words presented on a sheet of paper that they think they have seen before. If they circle a target, the measure is considered a “hit rate”. 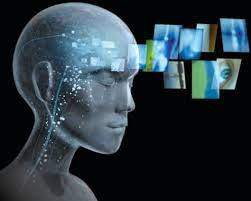 Another task of evaluating visual dummy memory is the DRM-IAPS developed according to the same DRM paradigm criterion adapted for the construction of a set of associated images from the International Affective Picture System (IAPS). IAPS should be standardized for each population studied, as it may vary accordingly. It evaluates emotional memory, which constitutes a sufficient task for evaluating false memories.
DRM-IAPS as a DRM task consists of two phases: the working phase (encoding) and the recognition phase (recognition). The working phase consisted of 20 blocks with 6 pictures containing a total of 120 photos (depending on the experiment). The images are taken from IAPS, which contains hundreds of color photos that can reveal a variety of emotional situations. These images range from pleasant to unpleasant, arousal or relaxing or neutral. The image value can be positive (eg food, sports, sex, etc.) or negative (eg guns, mutilated bodies, violence and accidents). Each photo from IAPS showed a specific arousal and valence level, averaged for each of the 20 blocks. These visual stimuli can trigger a variety of emotional situations and represent many aspects of real life, sports, fashion, natural disasters.
Thus, most tasks that are generally aimed at examining false memories consist of two phases: (1) the coding phase (or work phase) and (2) the retrieval phase (recognition or free recall phase test). During the recognition task, the subject can decide whether they have seen the picture (stimulus) before. “Yes” responses to targets provided a true recognition index, while “yes” responses to respective baits provided a misrecognition index. At the recognition stage, it is also possible to assess the confidence level of the answers (“know / remember” the answers). In addition to the stimulation of stimuli, physiological precautions arising from emotional responses are often taken, depending on the worthiness. Other common tasks used in essays aimed at examining false memories are: emotional reactions to pictures, IAPS, personality trait of words, recognition of facial emotions or movies.

The main role of neuropsychology is to evaluate cognitive functions and their relationship to behavior; this must mean investigating cerebral changes and their effects on the individual’s behavior. Neuropsychology, broadly (latus), is the study of the relationships between the brain and behavior, and in the strict sense (strict), it is a professional area of ​​research that studies the cognitive and behavioral changes associated with brain lesions. 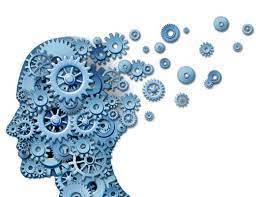 Neuropsychology includes various types of knowledge such as neuroanatomy, neurophysiology, neurochemistry, and neuropharmacology, which contribute to the psychologist’s professional performance in the application of resources such as psychometry, clinical psychology, experimental psychology, psychopathology, and cognitive psychology. It is aimed to investigate cognitive functions such as memory, language, attention, executive function, perception, praxis, gnosis, mood and personality disorders.
This investigation of the relationship between brain functions and behavior begins with a neuropsychological assessment, because of the neuropsychological and cognitive rehabilitation to be taken thereafter. Cognitive and neuropsychological rehabilitation is part of the field of psychology, primarily aimed at minimizing or overcoming cognitive deficits caused by neurological disorders (acquired or congenital), and then exploring strategies for the treatment of cognitive disorders. These are related to behavioral, social, and emotional changes that improve the patient’s quality of life. There are many cognitive intervention technologies used to assist in the neuropsychological rehabilitation of patients with different disorders such as temporal lobe epilepsy, schizophrenia, and stroke. For example, memory training, brain training, computerized exercises, etc., from the simple use of notes that help the schizophrenic patient to remind their activities and commitments. as. .

Recently, researchers have begun analyzing false memories in pathological situations (such as schizophrenia, post-traumatic stress disorder, and dementia). There are still many doubts to be explained in this fascinating field and therefore rehabilitation interventions will still be defined in the coming years.