Alzheimer’s disease (AD) represents one of the biggest healthcare problems of the twenty-first century. Around 50 million people over the age of 60 have now been diagnosed with AD worldwide, and the projected figure is estimated to be 130 million in 2050.
The main pathology of AD includes intracellular accumulation of neurofibrillary tangles and extracellular accumulation of amyloid-beta (A) plaques associated with abnormal tau protein phosphorylation. Such changes may be present even for a few years before the symptom appeared. However, evidence has accumulated in recent years that some other factors may be both pathogenic and may play a role in the progression of the disease. They include dysregulated glycogen synthase kinase-3 (GSK-3) activity, mitochondrial dysfunction, inflammation, and oxidative stress, among others.
Over the past two decades, evidence has accumulated for the neuroprotective effects of lithium as important mechanisms of this ion in mood disorders. These effects are related to an increase in cerebral gray matter volume in lithium-treated subjects, as well as the possible effect of lithium on some pathogenic mechanisms at work in AD. Such lithium neurobiological mechanisms that may be involved in the pathogenesis and treatment of AD make lithium a candidate for use as a therapeutic drug in this disease.
Over the past decade, a negative association between lithium use and dementia has been demonstrated in most epidemiological studies, including studies of lithium concentration in drinking water. In bipolar patients 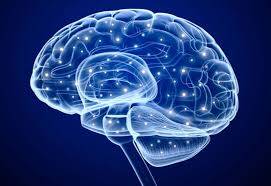 neuroprotective effect of lithium, Moore et al. It was reflected in neuroimaging studies that started in 2000. In a research letter to the Lancet, he suggested a lithium-induced increase in gray matter in the human brain. Since then, a lot of research on this topic has been published. The prefrontal cortex, anterior cingulate, and hippocampus show that brain structures are most often affected by short- or long-term lithium therapy. The results of cross-sectional and prospective studies on this topic were recently reviewed by Hajek and Weiner.
Among the cross-sectional studies, the most frequently reported pattern was larger gray matter volumes in patients currently treated with lithium compared to those who were not currently using lithium. The relationship between lithium treatment and higher gray matter volume has been reported regardless of mood and diagnostic subtype. Studies show that bipolar patients taking lithium have larger hippocampal volumes than non-lithium patients and are comparable to healthy controls.
In a prospective study, Monkul et al. They performed a voxel-based morphometry analysis on healthy subjects receiving therapeutic doses of lithium for 4 weeks. They found a significant increase in gray matter in the left and right dorsolateral prefrontal cortices and in the left anterior cingulate region. Yücel et al. They performed a neuroimaging study showing bilateral increase in hippocampal volume in both groups in BD patients who received lithium for up to 2 months and for 2-4 years. Moore et al. Since they found that the increase in the total volume of gray matter in the prefrontal cortex of depressed bipolar subjects after 4 weeks of lithium administration was significant only in lithium responders, they expanded their results published 9 years ago.
Neuroimaging studies have also been conducted to compare lithium administered to bipolar disorder patients with valproate, carbamazepine and antipsychotics. Lyoo et al. Increased in the gray matter lithium group, including 22 BD patients treated with lithium or valproate, maximum effect 10-12. Weeks are still evident at 16 weeks of treatment. Such an increase has also been associated with a positive clinical response. On the other hand, patients taking valproate did not show any significant change in gray matter volume.
Germana et al. In their study on 74 bipolar patients with remission who received long-term prophylactic treatment with lithium, valproate, carbamazepine or antipsychotics, gray matter volume / amygdala complex and insula in some brain structures (right subgenual anterior cingulate gyrus, left postentral gyrus, hippocampus) higher than pharmacological treatments. Therefore, there is reasonable evidence to suggest that lithium administration can lead to an increase in brain gray matter volume in both healthy subjects and patients with BD, which may be attributed to its neuroprotective effect at the clinical level. The repeated accuracy of this has not been demonstrated for any mood stabilizing medication. The mechanism of the increase is not clear. MRI changes are probably not related to lithium’s effect on tissue water or magnetic properties. Since magnetic resonance spectroscopy studies show the relationship between lithium treatment and increased N-acetyl aspartate localized in neurons, this may suggest that lithium has an effect on neurons and may involve an increase in neuronal, dendritic arborization, or neutrophil counts.
Several biochemical targets have been implicated in the neurotrophic and neuroprotective effect of lithium that may be related to possible disease modifying therapy in AD. Increased expression of neurotrophins among the most important [esas olarak beyinden türetilmiş nörotrofik faktör (BDNF)]Inhibition of glycogen synthase kinase-3 (GSK-3), modulation of the phosphatidylinoside (PI) cascade, inhibition of protein kinase C. (PKC) and increased expression of B cell lymphoma 2 (Bcl-2). As a result of such effects, lithium increases cell survival by promoting neurogenesis in the adult brain and inhibiting cell death (apoptosis) cascades.
BDNF belongs to the neurotrophin family along with nerve growth factor (NGF) and neurotrophin-3 (NT-3), NT-4, NT-5, and NT-6. These neurotrophins play an important role in the survival and function of neurons. BDNF regulates the activity of various neurotransmitters, eg glutamate, gamma-aminobutyric acid, dopamine, and serotonin. Experimental studies have shown that lithium enhances the BDNF system. In clinical studies, lithium therapy raises the blood level of BDNF.
GSK-3 modulates a number of cellular processes, including cell apoptosis, among others, and inhibition of GSK-3 results in an antiapoptotic effect. GSK-3 is also a key enzyme in the metabolism of amyloid precursor protein and phosphorylation of tau protein, the main pathological process in AD. Lithium inhibits GSK-3 activity and evidence for this has accumulated over the past two decades using various experimental models.
Therefore, GSK-3 can be considered as one of the most important therapeutic targets of lithium, and GSK-3 inhibition of this ion may constitute a fundamental mechanism of its therapeutic effect in mood disorders. Lithium has been shown to reduce GSK-3 mRNA using cultures of rat neurons in experimental studies. In mutant tau transgenic mice with neurofibrillary pathology, lithium delays the progression of neurofibrillary tangles and attenuates lithium amyloid-beta pathology in Drosophila fly, the adult initiation model of AD. Both effects are thought to be achieved by lithium inhibition of GSK-3. On the inhibition of GSK-3 by lithium, the effect of this ion on autophagy regulation should also be mentioned; its signaling pathway is associated with the mammalian target of rapamycin (mTOR).
The PI pathway plays a role in signal transduction mechanisms associated with the action of multiple neurotransmitters. Lithium significantly affects this pathway of lithium action resulting in the inositol depletion hypothesis as a key therapeutic mechanism in mood disorders. Lithium inhibits inositol monophosphatase (IMPase) and many other phases of the PI pathway. The effect of lithium on the PI pathway is also associated with the enhancement of autophagy in a mTOR-independent way.

Protein kinase C (PKC) is an enzyme associated with the PI pathway and is involved in the action of many neurotransmitters and other cellular mechanisms. Lithium has been found to inhibit PKC activity, which can contribute to regulating intracellular signaling and enhancing neuroplasticity.
Bcl-2 is a protein that plays an important role in cellular flexibility and plasticity, among others, by inhibiting apoptosis. Experimental studies have shown that Bcl-2 increases with lithium treatment in the brain. Increasing the expression of Bcl-2-associated angogene (bag-1) with lithium enhances the antiapoptotic effect by attenuating glucocorticoid receptor nuclear translocation.
Morris and Berk proposed some additional lithium mechanisms of action that may be important in the treatment of AD, such as effects on mitochondrial function, calcium homeostasis, inflammation, microglial activation, glutamate excitotoxicity, and oxidative stress. Most of these processes are linked to the mechanisms described above.
Lithium causes a significant increase in mitochondrial performance in human brain tissue, the main factors of this effect are inhibition of GSK-3 and activation of mTOR. This cation also desensitizes the brain mitochondria to the harmful effects of calcium influx and raises mitochondrial Bcl-2 levels. Since peripheral and neuro-inflammation along with chronic activation of microglia are an important element in the development of AD, there is evidence that lithium can improve various aspects of the proinflammatory response.
These include the generation of tumor necrosis factor-alpha and interleukin-1 beta by microglia, and this effect is achieved through the inhibition of GSK-3. Lithium also exerts a protective effect against the development of glutamate neurotoxicity as a result of chronic microglial activation, and this effect is due to the upregulation of BDNF. Lithium administration in clinical conditions causes a decrease in oxidative stress markers such as catalase and superoxide dismutase.