Networks are independent factors illustrated by graphs and symmetric or asymmetric relationships between cells, molecules, organs, social relationships and life events. Network type depiction is also guaranteed by the need to present regulatory loops in block diagrams, systems theory modeling, communication, information paths, and logical relationships. Neuroimmune networks are graphs and their task is to identify the nodes (sometimes centers) connecting them and the system of relationships between them. However, in the socio-psychoimmunological approach, the limits of the validity of the graph exceed the levels of the molecular, organ and organ systems, and bypass the individual and the personal. Under this approach, partnerships are presented in a series of relationships that can be summarized with social support, control, power, regional principle, domination, submission, social ranking, charts, edges and centers. However, the links over time are also aligned with the psychoimmunological interpretation of illnesses as a graph and network in the narrative framework of psychosomatics. Therefore, the particular metagraph network of socio-psychoimmunology exists in several graphic phases. 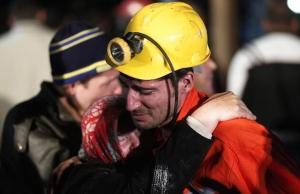 Anamnesis and history explained by the patient, writing or speech therapy are used to discover and explain traumas. In addition, research for early traumas and investigation of infection chains is possible by using these methods to learn the dramatic dynamics underlying socio-somatic relationships. Identifying key players, dominant communities, groups and the system of relationships between them based on personal narrative and understanding the tensions at the social level is an inevitable part of decoding the socio-psycho-immune network. Real dramatic centers link these patterns of vulnerable personality responses, traumatic life events, social dominance relationships, and neuroimmune stress networks.
Psychoimmunotherapy involves the reorganization of the set of representations of the external relations set and the set of relationships that the time produced in the mind hides, as it is the person who searches and reveals in the therapeutic process. This implies a network analysis of social behavioral cognitive and clinical psychophysiological relationship networks. This could offer explanatory reorganizations between the sequence of relevant life events, the personality and the psychological network pattern, and the narrative representation network that can reach even deeper neuroimmune networks. The situation creates such extended networks such as psychophysiological and neuroendocrine networks, neuropeptide models, cytokine networks, extracellular messengers, intracellular molecular pathways, genetic programs, and transcription processes. The overrepresented centers and boundaries that determine the dynamics of physiological and pathological events and species treatments are also summarized here.

George Freeman Solomon was one of the pioneers who formed the scientific paradigm of psychoimmunology in the 1960s and 1970s, pointing to the links between the brain, behavior, and immunity. He collected psychoimmunological explanations in a corpus of postulates. The plot of neuroendocrine-immune networks can be viewed as true small-world networks where most nodes are not neighbors but neighbors of any node are likely neighbors and most nodes are accessible from anywhere.

The duties of the neuroendocrine immune chain are as follows:
IL-1, paraventricular NA secretion – CRH-ACTH-adrenocortical cortisol / disease behavior, neuroendocrine immune feedback, inflammation theory of depression based on dopamine depletion or decreased serotonin secretion,
• Immunological abnormalities may be accompanied by psychological or mental disorders,
Activation of the immune system can cause changes in the activity of the central nervous system.
The immune signal can also affect the central nervous system,
As part of the neuroimmune endocrine axis, cytokines of the immune system play a role in endocrine regulation, including stress-induced endocrine processes.
• Cytokines affect psychological processes and cause psychiatric symptoms. Immune affects behavior and behavior can aid immunoregulatory functions.

Some of the functions of the psychoneuro-endocrine-immune chain are as follows:
Psychological conditions, characteristics, neural networks, stress hormones and immune system (C-type personality, right anterior hemispheric dominance, chronic stress, depression, shame, submission state)
Adaptive coping styles and enduring traits can improve the prognosis of immune diseases and protect susceptible patients from the disease.
Traits, including personality traits that affect coping with stress and stress management, can affect the immune response to exogenous antigenic stimuli.
Emotional changes and distress (state characteristics) can affect the onset, severity and course of disorders caused by immune processes controlled or impaired by immune processes (allergies, autoimmune, diseases, AIDS),
• Severe emotional and mental disorders can cause immunological disorders,
Immune functions can also be affected by altered states of consciousness,
Experimental behavioral effects can lead to immunological changes,
Damage and stimulation of some parts of the central nervous system may cause immunological changes,
• Substances produced and regulated by the central nervous system (neurotransmitters, neuropeptides, other neuroendocrine factors) can affect immune processes.

The functions of social-psychoneuroimmune network chains are as follows:
• In extensive prospective studies, certain psychological risk patterns should be associated with a higher incidence of immune disease.
Genetic, gender and behavioral factors affect the immunological effects of stress,
In addition to the impact on the adult psyche, early injury and traumatic mother-child relationship can affect the adult immune system,
Therapeutic influencing behavior (psychotherapy, relaxation, biofeedback and hypnosis) can also affect immune function,
Positive emotions stimulate immune function,
Bridges in the Network
Bridges in the network have some functions and they are as follows:
Immunocompetent cells have receptors for receiving neuropeptides, neurotransmitters and endocrine signals.
Central nervous and hormonal factors may play a role in the regulation of feedback processes in the immune system,
• Lymphocyte receptors are also affected by changes in the sensitivity of transformers, which are characteristic of mental disorders and cells of the central nervous system.

Hubs in the network

The hub in the network has its tasks, as follows:
Thymic hormones that regulate immune function may be under the influence of the central nervous system,
CRH plays a role in depression and immunosuppression processes and symptoms associated with depression,
Certain cell groups of the nervous and immune system occur together,
The prenatal hormonal environment has an effect on the development of the CNS and immune system, which can have permanent effects on both behavioral and immune functions.
Sleep affects both the CNS and immune processes,
Immunological processes and certain personality traits (coping style, endurance) may play a role in longevity,
Enzymes for the synthesis of brain neurotransmitters are found in immunocompetent cells and neurons.
Melatonin, a neuronal hormone involved in the regulation of circadian rhythm and affected by stress, affects immune function,
• Mitogens, powerful, nonspecific immunostimulants, are also effective on the nervous system,
Immune cells affect the development and function of the surrounding nervous system,
Lymphokines can affect pituitary hormones directly and through the central nervous system.
Some cells of the central nervous system have the ability to produce lymphokines,
As part of the neuroimmune endocrine axis, cytokines of the immune system play a role in endocrine regulation, including stress-induced endocrine processes.
These psychoimmunological facts support the deep interrelationship of social and psychological network changes that exert profound internal influence through psychophysiological networks, as well as the link between psychosomatics and broad fields of internal medicine. The network-based interpretation of the major psychosomatic issues mapped follows the stated principles. Social and neuro-immunobiological networks are linked to psychodevelopmental centers. Common, center-like narrative focuses, like post-traumatic stress syndrome, are early mother-child relationships and negative childhood experiences. Distorted early mother-child attachment organizations have an impact on the so-called internal work model and other personality traits that create enhanced risks for some somatic diseases. The secondary attachment organization that avoids type A anxiety can reduce empathy and hypothetically create a tendency towards type A personality development. It can also create tendencies towards striving for dominance, competition and hostility, and cardiovascular sensitivity. In contrast, the type C secondary anxious / unstable attachment organization creates lower self-esteem. Relationships between operational events, traumas, feelings of submission and loss of control are explored in socio-psychological networks of strata, just like chronic psychosocial stress factors with psychological significance. Alexithymia, or social inhibition, and psychological network patterns of C-type personality all translate these into increased HPA activity, high arousal and increased LC / NAerg activity. So all this finally becomes concrete in the interruptions of the controlled immune cell network. Later, as a result of modified protein synthesis in the cell, IL-1 and IL-6 reach the central nervous system. And modified dopaminergic and serotoninergic are copied into psychological network patterns and depression through molecular network changes.