Mucilage, which has been on the agenda recently and is known as sea saliva among the people, is a secretion that occurs more in closed seas such as the Marmara Sea. Mucilage is actually the intense proliferation and color spiral of Gonyalux fragilis, one of the single-celled plant creatures.

Why Is Mucilage Harmful? Since 2007, mucilage, which has started to appear especially in stagnant seas and increasingly seen in the Black Sea, Mediterranean and Aegean Seas as well as the Sea of ​​Marmara, threatens the living creatures in the Sea of ​​Marmara the most. Although mucilage can be seen clearly when viewed from above, it actually threatens the lives of living things not only on the sea surface, but also on the creatures in the depths of the sea. The layers seen on the surface of the sea prevent the living creatures below from getting oxygen, leading to their death. It harms the nature and visually disturbs the residents.
So, why did the mucilage problem suddenly come up? Actually, this is not a problem of a few days or a few months. It is an issue that has accumulated over the years and has grown to a very dangerous dimension because there is no solution-precaution-oriented study. Although there are several different causes, it can be said that the most obvious reason is uncontrolled waste. Due to the increase in sea temperature and stagnation due to global warming, the amount of sea saliva formed gradually increased and reached dangerous levels. The sea temperature, which has increased by 2 degrees compared to the seasonal norms in recent years, has accelerated the increase in our waters, where no effective measures can be taken against pollution. The accompanying factors such as habitat loss and uncontrolled hunting have also disrupted the balance. At this stage, giving oxygen to increase the decreasing oxygen level or providing physical cleaning is the first method, but it is not a definitive and permanent solution. The most difficult issue to solve is that the diversity of species has decreased due to pollution due to waste, and it seems very difficult to restore this balance. 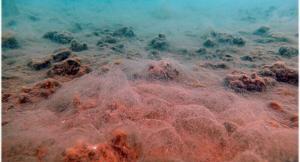 Due to its sticky, contagious nature, mucilage can destroy all living things in the sea. Most of the fish eggs are on the sea surface, and the eggs on the surface lose their chance to survive by being trapped in the mucilage. It covers creatures such as mussels and oysters, which cannot move, and prevents contact with light by covering seagrass meadows.

What can be done?

If solution-oriented action plans are not implemented, it is not a matter of time to see mucilages or a black-clad Marmara Sea in the coming periods. It should also be acknowledged that the same danger exists for our other seas.

According to experts, the following solutions should be implemented as soon as possible.
1- Factories should be prevented from giving liquid wastes to the system without treatment at treatment plants.
2- The sewers, which are given directly to the sea on the coasts, should be transported to the waste treatment facilities with collectors.
3- A healthy “waste control system” should be established, which monitors the statistical movement between the production capacities and waste capacities of industrial facilities.
4- It should be ensured that waste treatment facilities share real-time and up-to-date information. Unfortunately, the wastes coming out of the bottom of the sea during the cleaning works show that the work has different dimensions. Kitchen, personal belongings, as well as wastes with different areas of use. This means that in addition to industrial type wastes, which constitute the largest and most effective share, individual wastes also pose a danger.

Many environmental problems such as mucilage have become increasingly different in recent years and threaten our world. Human beings benefit from all the blessings of nature, but for some reason they never think that they have a responsibility to pass them on to future generations without harming them. In order to make the world a livable place, individuals and states must fulfill their duties duly. This is our most fundamental duty.