Cognitive decline is the first outward symptom of dementia, which has a massive public health impact on individuals and governments around the world. As individuals age, cognitive abilities gradually begin to deteriorate due to independent or combined genetic and environmental causes. Given that little can be done about genetic inheritance, the focus of current research is on changeable risk factors throughout life.
There is a deep-rooted relationship between specific lifestyle behaviors and cognitive decline, but there is extremely limited research on the role of combined lifestyle factors. This section aims to describe the cognitive aging process in multiple cognitive domains (fluid and crystalline), highlighting changes in cognitive performance that occur as a normal aging process.
The most severe forms of cognitive impairment indicative of possible dementia risk. In addition, the role of modifiable risk factors such as lifestyle behaviors (alcohol, smoking, physical activity and eating habits) will be evaluated in relation to healthy cognitive aging and prevention of cognitive decline. There are many questions to be answered regarding the biological basis of cognitive aging in the spectrum and the potential role of lifestyle behaviors in reversing accelerated changes in the cognitive aging process.

The Gradual Model of Cognitive Aging 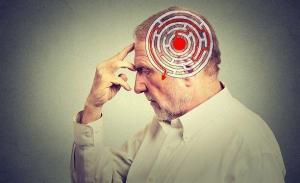 A lifelong approach to cognitive aging and cognitive function has been emphasized by the gradual model of cognitive aging proposed by Birren and Cunningham. While it is common to conceptualize the chronology of cognitive aging into life after birth, the cascade model suggests that it may be more informative to consider a framework of successful cognitive aging rather than time from birth to death.
The model defines primary aging as a slow decline in mental progress and is often characterized by difficulties in memory (especially with new learning and storage), information processing, language, and other aspects of cognitive functions. Secondary aging represents a faster form of deterioration resulting from a pathological process such as dementia and refers to fluid loss and crystallized cognitive abilities, while tertiary aging raises the problem of more complex disturbances in cognitive performance resulting from general biological devitalization. organism before the end of life. Many older individuals show no apparent cognitive impairment, while others, perhaps most of the older population, suffer from varying degrees of cognitive change.
Another model proposed by Brayne and colleagues defines the general tendency to cognitive decline as a continuum from ‘successful’ and ‘normal’ aging to ‘mild cognitive impairment’ and ‘dementia’. This model tends to have a general impairment in all aspects of cognitive abilities, regardless of the competitive risk of potential neuropathological changes such as dementia. The authors thought that “behavioral differences are related to environmental causes, genetic causes, and individual decision-making processes” (pp. 12-13). Although various concepts of mental aging have been developed throughout life, it is important to link these models of mental decline to a multi-faceted approach that seeks gains and losses throughout the life course.

Cognitive Performance and the Aging Process 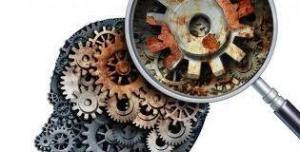 While the age-related decline in cognitive performance is undeniable, there are two important caveats in this statement. First, most cognitive deficits observed in older adults without dementia are typically limited to certain types of cognitive tasks. In particular, deficiencies were assessed, often requiring problem solving, rapid response in information processing, based on execution, evaluating various types of memory, or the acquisition and maintenance of new skills. Variability in cognitive decline that occurs with age has provided insights into areas of the brain associated with aging, and this may help identify potential mediators of the relationship. Older adults without dementia can typically retain their long-term memory and ability to perform tasks that require less effort than their attention demands.
The second caveat about age-related cognitive decline is that this process is extremely heterogeneous, given that significant variation in the rate of decline has been demonstrated with age and that some older adults never experience decline in mental abilities. This achievement can also be considered as successful cognitive aging, which is also defined as disease and disability avoidance, continued participation in social and productive activities, and continuous cognitive and physical functioning. The question of why some people are more affected by the aging process than others remains unclear to this day, but there are likely certain genetic variants and clinical conditions that could increase the risk of cognitive impairment.
In the last decade, several risk factors such as the e4 allele of the Apolipoprotein E gene, CVD, stroke, hypertension, diabetes, metabolic syndrome, hypercholesterolemia, arterial fibrillation, smoking and atherosclerosis have been identified as predictors of increased cognitive decline and are associated with a higher risk of dementia. Considering the increase in the size of the population of older adults and the personal and social consequences of age-related cognitive decline, the importance of research on the maintenance of cognitive functioning increases.
From an environmental perspective, promoting healthy adult lifestyle behaviors can mitigate the detrimental effects of less modifiable risk factors. Thus, identifying genetic and lifestyle factors that predict successful aging represents an important direction for researchers in identifying risk factors for cognitive decline and developing behavioral interventions designed to alleviate cognitive decline. 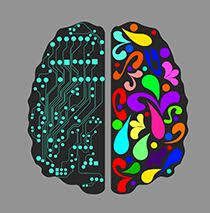 Despite great progress in understanding the neurobiology of cognitive impairment and dementia, there are still no clear determinants and exact causal models to explain the risks for this condition. As noted, the Ministry of Health’s National Dementia Strategy acknowledges that “what is good for the heart is good for the brain”. This means that limited alcohol consumption, no smoking, an active physical lifestyle, and a balanced, low-energy-nutrient-rich diet should all contribute to a healthy brain. Cognitive decline itself is an indicator of dementia. Therefore, the implied message is that dementia can be delayed or even prevented by changing lifestyle behaviors.
He presented an overview of the cognitive aging process from a life-course perspective and discussed the role of lifestyle behaviors in successful cognitive aging. The evidence presented highlights the important role of lifestyle behaviors (particularly physical activity and healthy eating preferences) in maintaining an optimal level in different aspects of cognitive function. Adopting multiple healthy lifestyle behaviors in early middle age appears to protect against a faster decline in various areas of cognitive function, emphasizing a dose response with the number of lifestyle behaviors adopted. With the increase in the aging population, the number of older people affected by cognitive decline and dementia is steadily increasing, causing a large public health burden on individuals and governments worldwide.