Under psychological disorder or illness conditions, pain can lose its physiological role and follow an abnormal course, causing chronic pain syndromes. Doctors deal with patients who describe chronic pain throughout the body, which is often associated with a number of other symptoms, such as poor sleep, fatigue, and depression. This symptom complex is sometimes referred to as functional somatic syndrome, part of somatization disorder, idiopathic pain disorder, or psychosomatic syndrome, and patients’ true suffering can be ignored. Therefore, it is not uncommon for patients to consult at least four physicians before making a diagnosis.
Currently, it is known that fibromyalgia (FM) is a progressive and non-degenerative syndrome and is a range of symptoms most commonly involving chronic pain. It affects 0.4-8.8% of the general population worldwide, the global average prevalence is 2.7%, and the number of women is, on average, 3: 1 more than men. FM is defined as a central sensitivity syndrome characterized by chronic extensive central pain. Central sensitization is also defined as the process of becoming sensitized to a specific stimulus that previously had no effect or significance. This increased central response causes hyperalgesia, allodynia, and pain in more than one spinal segment, leading to chronic widespread pain. 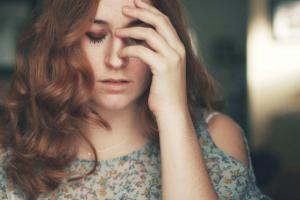 Although FM is often classified as functional because its etiology, pathogenesis and symptoms are not fully explained, rheumatologists, pain specialists, and increasingly primary healthcare providers are advancing in making this diagnosis and initiating treatment. Historically, its definition and content has changed many times over the 100 years of its existence. Different terms have been proposed by medical science to summarize the lack of understanding of this controversial situation, which has transformed from a regional pain disorder to a pain disorder. Today, the ICD-11 considers FM chronic generalized pain (CWP) and CWP as a chronic primary pain (MG30.0) and is present in some cases. These situations are as follows:
Chronic pain (persistent or recurrent pain for more than 3 months) is present in at least three body quadrants plus the axial skeleton (4 of the 5 areas),
• Pain is associated with at least one of these three conditions, including the presence of emotional distress due to pain, inhibition of daily living activities and social participation, and when it is not better explained by another chronic pain condition.
This definition seems to define a CWP as a disease or disorder, and neither FM nor CWP are clearly a separate entity. In addition to the direct physical pain experienced by patients, the biopsychosocial nature of chronic pain affects social life, work abilities, and psychological well-being. People with FM often reported disdainful attitudes from others, such as disbelief, stigma, and inability to be accepted by relatives and friends. Doctors may also view them as lazy or attention seeking people whose symptoms are all in their heads. This kind of disdain can have a significant negative impact on patients who are already distressed. Moreover, patients have an increased lifetime prevalence of many psychological ailments.

As a paradigm of psychosomatic disorders, FM has different consequences and these are as follows:
• Physical (inactivity, disability) that leads the person to a sick and invalid role,
• Psychological, emotional disturbances, vulnerability to substance abuse, etc. reasons,
• Isolation tendencies, interpersonal conflicts, etc. social life, such as
Sometimes pain becomes the center of life for patients, leading to repeated requests for help, conflicts with professionals. Regarding the psychological perspective, the cognitive perspective is one of the most relevant today. However, it is concerned with the study of different styles in the locus of control and, from a constructivist perspective, the study of the meanings and analysis of pain narratives by patients. The examination of personality traits and their connection with pain is the most basic psychological approach. While the study of coping styles takes place somewhere in the middle, the most detailed approach is to examine the meanings. Among the many different forms of dealing with pain are avoidance, ignoring, reinterpretation, self-instruction. From a well-known constructivist point of view, researchers such as Walker, Holloway, and Sofaer studied five consecutive themes in the pain experience.

In the psychosomatic field, stress has been a well-studied element in FM. When scales or questionnaires are applied, stress scores in FM patients are higher than in control groups. In addition, patients with higher scores also show a variety of psychological disorders. It has been hypothesized that chronic stress (but not acute stress) will contribute to FM symptoms. It has also been recognized that certain intense stress situations are associated with post-traumatic stress disorder and FM. Finally, a higher prevalence of lifetime victimization (abuse and sexual abuse) experiences was found among patients with FM. The intensity of the traumatic event is associated with pain and sleep disturbances in these cases.
In connection with this, it is important to point out the issue of social support, which is often exaggerated by FM patients. Social support has three main functions and these are as follows:
• Emotional: intimacy, attachment, interest, concern for the other, etc.
• Materials: financial aid, assistance, etc. provision is an instrumental function,
• Informative: advice, guide, training, etc. 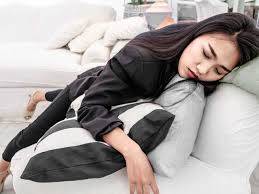 The tendency to see the first function as the most important is not correct, where first, support should be given according to the type of need that arises. For example, emotional support can be delicate when the problem is absolutely critical, but it is not effective and it should be remembered that social support will cause stress. Social relationships imply obligations, and in return tensions may arise from them, in short, stress can arise. Indeed, Helgeson points out, among others, that negative social interactions predict problems related to health and well-being more than positive ones. While it is a simple fact that men and women differ in the way they participate in social relationships, the differences between men and women in social support have not been studied much. In this context, it is necessary to talk about gender roles.
Traditional masculine role, activity, search for independence, competitiveness, goals, assertiveness, self-confidence, etc. Seeking and obtaining social support within this role may be more difficult. The role of women is expression, emotions, sincerity, getting to know the difficulties more and seeking help with it, cooperation, empathy, etc. has been associated with. Giving and receiving social support therefore seems like an easier task. The relationship between social support, stress and health has been studied without definitive conclusions due to serious methodological errors. Perhaps, as stated earlier, it has been pointed out that the negative part of social relationships is more appropriate for women. Women tend to be a more frequent source of support and are more involved in socio-family networks. Belle pointed out how support networks can cause psychological distress, and these are:
• Because others are not respected or approved,
• To reveal their secrets or not meet the expectations of others
• When the support worker is too demanding
• If the stress is transmitted from some members to others,

In order to investigate the experience of pain and its different effects in women diagnosed with FM, individual in-depth interviews were conducted with a total of 15 patients. This is a semi-structured interview with some guiding points, but giving patients the opportunity to express their experiences broadly. In this way, it was tried to learn the opinions of the patients about the disease, but above all, the focus was on learning their experiences. The interviews lasted 50-60 minutes, recorded aloud, and then transcribed with the cooperation of two psychologists. After transcription, an analysis of the interviews was developed. For this purpose, the methodology suggested by Weber was used for content analysis in the clinical field. This research includes several stages and these are as follows:
• Identifying common themes in patients’ responses and classifying them semantically according to their meanings,
• Grouping common meaning themes into categories,
• Analyzing the frequency of each issue by monitoring its presence depending on the number of patients,
The average age of the patients in the study was 45, all of them were women and married. According to their education level, 46.46% have first studies, the remainder are split between degrees, diplomas, vocational training or baccalaureate. In addition, 40% are housewives and the rest work out-of-home jobs as administrative assistants, operators, one secondary school teacher, another a clerk, and one head of department in the district administration. Those who had extra household chores reported that they did the household chores themselves, with the help of their couples. Eight of the patients had two sons and daughters, and seven had only one son or daughter.

As the main concerns, patients have expressed a number of situations and these are as follows:
Personal history of pain: time since the onset of pain, consultation with experts, treatments applied, time since FM diagnosis, biographical considerations at the onset of pain,
Pain today: definition (intensity, frequency and duration) and treatment,
Pain-related thoughts: what to attribute, how to control, what to think about when pain appears
• Feelings related to pain: feelings when encountering pain
• Behaviors in response to pain: how to face pain,
• Echoes of pain in daily life: functional impact on the patient (how pain limits life), impact on family, social impact
• Support against pain: What kind of help do you need to cope with pain? 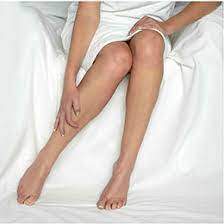 The focus here is on personal pain history, and in this respect, it is worth noting some of the narratives of the patients. From a psychological point of view, personality and topics such as fibromyalgia, emotional dysregulation, and fibromyalgia as a psychosomatic illness (labeled as negative associations) are the most relevant aspects of patients’ thoughts and feelings.
FM is a female-dominated disease, and chronic stress, in particular, seems to be an element emphasized in its origin. With regard to social support, it should be noted that in order to make it suitable, the type of support (financial, emotional, informational) must be appropriate to the needs that arise. When emotional support is needed, financial support is simply insufficient. While social relationships, for example, require obligations from which tension and stress can arise, it is also important to remember that the traditional feminine role is associated with the expression of emotions and empathy.