Clinically suspected cases of measles are recommended to be confirmed by laboratory testing. The virus is more likely to be present within the first week after the rash onset, so ideally sampling should be done within this time. Measles is a notifiable disease, and the healthcare provider should be notified as soon as measles is suspected and prior to laboratory confirmation. Nasopharyngeal swab in a universal transport medium bottle is the preferred test method. However, if not present, throat swabs can be used in young children.
A blood sample (for serology) can also be used as long as the rash is present for at least three days. Local protocols for testing differ, meaning whether testing is done locally or sent to another lab, clinicians should check with their local lab to see where the test is being done. NB Swabs are best picked at the general practice (or at the first contact with the patient), so other patients in laboratory collection centers are not exposed to the virus. 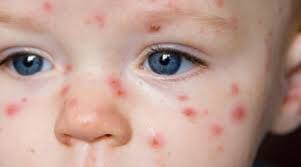 People with measles are contagious for five days before and after the rash appears. This can make prevention and control measures difficult to implement, as people are contagious long before symptoms occur. However, some precautions can be taken in health clinics during outbreaks and when dealing with a patient with suspected measles. This may include having appropriate triage and isolation areas for patients, allowing only immune personnel to contact the patient, and keeping hand gels and surgical masks in reception areas and at the entrance and exit of the practice.
After the rash develops, children should be kept away from nursery or school for at least five days. Transmission is common among family and household members, and people suspected or confirmed of measles should avoid contact with non-immune babies and pregnant women. In the event of a measles outbreak, unvaccinated children (who do not have measles and do not want their parents to undergo MMR) who have been in contact with measles are advised not to attend school or early childhood services, and this may be a period of 14 days (incubation period).
MMR and Immunoglobulins as Measles Prophylaxis
There are only a few management options that can help prevent infection after people are potentially exposed to measles. These include active (MMR) or passive (human immunoglobulin) immunization and these are as follows:

During outbreaks or in other situations where protection against measles is urgently required, MMR can be given to unvaccinated, immunocompromised individuals within 72 hours of exposure and prevent this infection. If measles infections are reported in very young infants, MMR can be given to children between six and 12 months of age, meaning infants are followed up quickly for vaccination before the recommended 15 months. However, the child still needs two more doses of MMR at 15 months and four years of age, as the immune response may not be that effective.
Human normal immunoglobulin (HNIG)
This is a preparation of concentrated antibodies (immunoglobulins) that are not specific to a particular infection, but can increase immunity in people with weakened immunity. An Infectious Diseases Specialist or Pediatrician may recommend intramuscular (IM) administration of HNIG in some scenarios, and these are as follows:
• People with contraindications to MMR,
In immunocompromised children and adults,
• In pregnant women,
• In children younger than 15 months who emerge 72 hours after exposure to measles,
• People who arise 72 hours after exposure and do not have a history of measles or have not received MMR.
HNIG prophylaxis should be given as soon as possible after exposure to measles, but can be administered for up to six days. Live virus vaccines should not be administered within three weeks after the live virus vaccine, and live virus vaccines should not be given for 11 months after a patient has received HNIG. 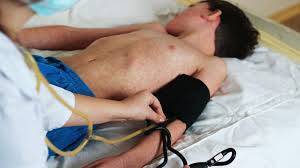 It is a similar preparation with HNIG, but it is administered via the IV route, not IM. Intragram P may be considered in immunocompromised people who have contact with a person with confirmed measles, who need high doses of immunoglobulin prophylaxis, and who would have reduced muscle volume and would be difficult to administer IM.

There is no specific antiviral treatment for measles and patients usually recover within seven to ten days without treatment. However, patients and parents can be informed about some measures to help control symptoms. Some of these measures are as follows:
Using analgesia, such as paracetamol or ibuprofen, to reduce pain and discomfort.
• Ensuring sufficient fluid intake to prevent dehydration, especially if it is febrile,
• Treating sore eyes, this may include wiping the crusts on the eyelids and eyelashes using cotton wool and water (use a separate cotton wool for each eye) and avoiding bright light.

Complications from measles are common, and up to 30% of people experience at least one complication. The most common complications (approximate rates) are otitis media (7-9%), pneumonia (6%) and diarrhea (8%). The risks of complications are very high in children under five years of age, adults over 20 years of age, and people with chronic comorbidities, especially in immunocompromised individuals. Approximately one in 1,000 people who catch measles die, and pneumonia accounts for about two-thirds of these deaths. Mortality rates are much higher than that in underdeveloped countries. Some of the more serious complications of measles are acute encephalitis (about 0.1% of people) and subacute sclerosing panencephalitis. It is also a rare degenerative central nervous system disease that is always fatal and occurs in about 1 in 100,000 people. Contracting measles during pregnancy can increase the risk of premature birth and miscarriage.

Patients should be informed about the possible complications of measles and should be advised to contact a healthcare professional at any time if they are worried about their symptoms, if their condition worsens, or if their symptoms do not improve. Rubella (German measles) is caused by a togavirus and is therefore a different disease from measles (rubeola). Transmission is by contact with infected nasopharyngeal and oropharyngeal secretions and with an incubation period of approximately 16 – 18 days.
The infectious period is about seven days before and at least four days after the rash appears, but rubella is not as contagious as measles. Rubella infections are rarely reported in New Zealand – only five cases of rubella were reported in 2011. Cases of congenital rubella syndrome have been reported in 12 cases since 1998. However, the exact prevalence of rubella is difficult to establish as a disease, it can be mild in childhood, non-specific, and most cases have not been reported.
The clinical appearance of rubella is characterized by a distinct, pale pink maculopapular rash that begins on the face and neck and spreads to the rest of the body. The rash is not as compound as seen in measles, is more distinct and does not tend to coalesce, and usually disappears on the third day. Other symptoms can include lymphadenopathy, fever (in children) and arthralgia (in adolescents and adults). Approximately one-third of rubella patients are asymptomatic (subclinical infection) and all infections are considered relatively benign. Rubella infections are considered important only if a pregnant woman is likely to be in contact with a rubella patient due to the risk of congenital rubella syndrome. Rubella is a notifiable disease and the healthcare provider should be notified as soon as rubella is suspected, and laboratory tests should be performed to confirm this.

Ideally, all women of childbearing age should be aware of their rubella immune status. When pregnancy is planned, it is recommended that women be tested for antibodies to rubella immunoglobulin G (IgG) (not subsidized). Rubella IgG testing is part of routine prenatal care (subsidized) when a woman becomes pregnant. Some groups of women are more likely to be seronegative for rubella; Women over the age of 35 and women born abroad (especially in the Pacific Islands, Asia, Sub-Saharan Africa and South America) and after routine ages are given childhood vaccinations. Women without evidence of rubella immunity may be given two doses of MMR four weeks apart (but not during pregnancy). 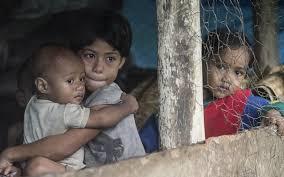 The most serious complication of rubella disease is congenital rubella syndrome, which occurs as a result of rubella infection during pregnancy (especially in the first trimester). The syndrome is characterized by miscarriage or stillbirth and fetal malformations, eg deafness and blindness, growth abnormalities, and congenital heart disease. Although MMR is contraindicated during pregnancy, the vaccine is not contraindicated in breastfeeding women. MMR may be given to protect against rubella in women who have not been previously immunized and seronegative (no antibodies to rubella) postpartum. Human normal immunoglobulin is not recommended as a prophylaxis for rubella in pregnant women exposed to infection as it has not been shown to be effective.
Pregnant women with low rubella IgG levels (<10 IU / mL) should be advised to avoid situations where exposure is more likely (especially in the first trimester). For example, it should be recommended for international travels to countries with endemic diseases or known epidemics. Also, MMR can be given after the birth of the baby (subsidized).