Chemotherapy is recommended as the only treatment for patients with ECOG 0-2 who are not suitable for surgery. The best supportive care is recommended for ECOG 3–4 patients. Chemotherapy plays a role in the palliative treatment of advanced mesothelioma, providing benefit in symptom improvement and survival. Standard first-line therapy is based on pemetrexed or raltitrexed platinum pairs, and the only FDA approved regimen is cisplatin / pemetrexed. This combination was investigated in a phase III study comparing cisplatin / pemetrexed with cisplatin monotherapy and found a survival benefit every 2.8 months. Carboplatin can be used as an alternative to cisplatin, especially in frail patients, without significant difference in survival and a better safety profile.
Clinical trials are trying to look for an improvement with the addition of various agents. And however, several phase II studies have failed to improve over standard therapy with the addition of antioangiogenics such as bevacizumab or sunitinib. However, a phase III study compared cisplatin / pemetrexed with or without bevacizumab in patients eligible to receive bevacizumab. The test arm was better in terms of survival with a benefit of 2.7 months. Grade 3–4 side effects of 62% versus 71% were more common in the experimental arm, with more cases of hypertension, grade 3 proteinuria, and grade 3-4 thromboembolic events in the bevacizumab arm. The NCCN guidelines then recommend cisplatin / pemetrexed plus bevacizumab followed by maintenance bevacizumab in patients without contraindications.

There is a lack of treatment options in secondary care and beyond the setting, an important medical need that does not yet require standard care. As a single agent, pemetrexed did not provide an improvement in survival compared to the best supportive care. In addition, vinorelbine has shown a benefit in terms of responses in several small phase II studies. Both immunotherapies and targeted therapies are also under evaluation but have not been approved.
In the absence of standard second line or advanced therapy, it is recommended that patients be enrolled in clinical trials. Recent data suggest that checkpoint inhibitors may have a role in this setting, with a slightly higher response rate than previously achieved by other agents. Checkpoint inhibitors target the programmed death-1 (PD-1) receptor that enhances tumor immunity. Both nivolumab and pembrolizumab target PD-1 receptors, but testing for this receptor is not necessary.

Some immunotherapies have been tested for MPM or are under clinical development, including antibodies blocking immune checkpoints, cytotoxic T lymphocyte-associated antigen 4 (CTLA4), programmed death 1 (PD-1), acting as negative regulators of T cell function. And programmed death ligand 1 (PD-L1). However, there is still a strong lack of support for their use. In two nonrandomized studies, the anti-CTLA4 antibody tremelimumab demonstrated evidence of pre-activity in pretreated mesothelioma patients. Subsequently, a randomized placebo-controlled study investigated tremelimumab in patients with mesothelioma.
In study KEYNOTE-028, pretreated patients with PD-L1-positive MPM received 10 mg / kg pembrolizumab every 2 weeks for up to 2 years or until confirmed progression or unacceptable toxicity. Five (20%) of 25 patients had partial response (20% objective response rate) and 13 (52%) patients had stable disease. In addition, the 95% CI: 3.7 with a median response time of 12.0 months could not be reached. The NivoMes study evaluating nivolumab in unselected patients with previously treated mesothelioma reported 28% response rates. The JAVELIN study of the anti-PDL-1 antibody avelumab in unselected patients with previously treated mesothelioma reported a 9.4% response rate with an average PFS of 17.1 weeks.
Subgroup analysis (cut-off> 5%) in the PD-L1 positive population showed a 14% response rate. New vaccine approaches using MPM neoantigens identified by gene sequencing are also available in clinical trials based on early animal studies. In summary, preliminary data on monoclonal antibodies targeting PD-1- and PD-L1 in MPM suggest that immunotherapy with single agents may have some benefit, possibly due to its complex biology.

It is very difficult to apply RT to the entire pleural surface without damaging the radio-sensitive areas and to maintain a good safety profile. Radiotherapy (RT) is used in different settings as a treatment for MM, palliative, adjuvant, and as part of multimodality therapy. There is no strong evidence to support its use as a palliative treatment for pain relief bronchial obstruction or other disease-related symptoms. However, in cases with chest wall infiltration administered in short courses such as 1 × 10 or 3 × 8 Gy, it can always be recommended to understand that the radiation dose should depend on its purpose.

There is only limited evidence from retrospective studies. Overall, the results are poor in terms of disease control rate due to complex growth patterns of the disease. Also, the safety profile is poor due to the large area size and adjacent vital organs. Density-modulated RT (IMRT) administration appears to overcome many of these problems and allow proper irradiation of remaining tumor tissue. Although initial results appear particularly promising in adjuvant IMRT, further studies are needed to better determine the role of RT. Recent studies have highlighted the importance of the RT technique in terms of both local control and toxicity. Therefore, RT is recommended to be given in private centers with expert advice.

In the absence of detectable invasion, the diagnosis of malignant mesothelioma is problematic in the absence of invasive disease. Homozygous deletion of p16 INK4a (CDKN2A) detected using the fluorescent in situ hybridization (FISH) test and loss of BAP1 expression by immunohistochemistry may aid in differentiating from malignant mesothelial proliferations, including desmoplastic mesothelioma. Other immune stains such as epithelial membrane antigen (EMA), p53, GLUT1, and IMP3 are recommended to differentiate them from benign mesothelial proliferations. Malign epithelioid mesotheliomas should be differentiated from metastatic carcinoma, especially adenocarcinomas with pseudo-mesotheliomatous growth pattern. Mutations in the TP 53 gene are rare. Homozygous deletion of p16 INK4a (CDKN2A), a study used to differentiate benign mesothelial disorders from malignant mesothelial proliferation, was found in 60-80% of mesothelioma cases. CDKN2A deletion is a potential biomarker for a more aggressive course in some mesothelioma cases. The most common recurrent somatic mutations in malignant mesothelioma target three genes that act as tumor suppressors, and these genes are as follows:
Cyclin-dependent kinase inhibitor 2A (CDKN2A),
BCRA1-associated protein 1 (BAP1),
• Nörofibromin 2 (merlin) (NF2),

Differential diagnosis is made with other peritoneal malignancies such as peritoneal pseudomyxoma, ovarian tumors and peritoneal metastases from colorectal cancer. Peritoneal pseudomyxoma is a rare disease in the absence of extraperitoneal involvement, characterized by multifocal epithelial deposits secreted by mucin alone or with gelatinous acid in the peritoneal cavity. It was first recognized as a fatal condition with unexplained etiology by Werth and later by Rokitansky in 1942. It is predominant in women, ovarian tumor pathology is seen as an important percentage in the etiopathogenesis of peritoneal pseudomyxoma. In males, adenoma (mucocele) appendicular tumors and appendicular adenocarcinoma are the main causes identified. Almost every primary solid tumor is the epicenter of malignancy. 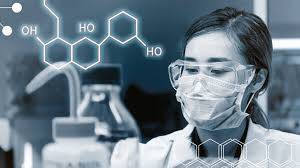 In the case of peritoneal pseudomyxoma, the predominant tumor volume is in the peritoneum and is insignificant whether the primary tumor is in the appendicular, ovarian or other organs. Since Pseudomyxoma peritonei involves the presence of mucinous, gelatinous deposits in the peritoneum, deposits that can reach impressive sizes, respiratory failure can lead to death. Apparently the basis for this condition is a particular type of mucous cell with a particular pattern, such as the presence of MUC2. The aim of the treatment is to remove the tumor and gelatinous material. Peritoneal pseudomyxoma is the most serious complication of appendicular mucocele and develops as a result of spontaneous or iatrogenic implantation of the tumor into the peritoneal cavity. Peritoneal and sometimes pleural pseudomyxoma, which occurs as a result of the evolution of appendicular mucocele, is rare and constitutes 6-8.8%.
Ovarian pseudomucinous cysts, usually associated with appendicular mucocele, are the predominant cause of peritoneal pseudomyxoma in older women and men, while their origin is usually the vermicular appendage. Pathology undergoes a slow evolution through loss of bowel function, fistula formation and ultimately death. Also, the most common complications are obstruction and intestinal bleeding. Extra abdominal eruption of appendicular cystadenocarcinoma with spontaneous cutaneous fistula formation is extremely rare and only four cases have been reported in the world literature. The pathogenetic mechanism of spontaneous skin fistula formation in patients with appendiceal mucinous cystadenocarcinoma is enigmatic, but it is assumed that the occurrence of this complication is due to the malignant nature of the tumor. Patients with appendicular mucocele are asymptomatic in approximately 25% of cases. And even with large lesions, the most common complaints are pain in the right iliac fossa, similar to acute appendicitis, and palpable tumor formation in 50% of cases.