When analyzed globally, an estimated 15-20% of all births annually are low birth weight (LBW). It is happening. Low birth weights are at greater risk for neonatal and postneonatal mortality and morbidity. Therefore, the prevalence of low birth weight, its predictors and adverse perinatal outcomes, and related possible prevention methods should be emphasized.
Sociodemographic, obstetric (previous abortion, hypertensive disorder, prenatal visits and prematurity) and nutritional factors increased the risk of low birth weight. Low birth weight newborns are associated with negative perinatal and childhood outcomes. These problems can be listed as follows;
• Low Apgar score,
Neonatal death,
• Not enought feeding,
• Mental disorders in learning at school age
There should be priorities aimed at improving the care of women with previous or recent morbidities, hypertensive pregnancy disorders, and reducing premature, low birth weight and its adverse perinatal consequences. Including mental health in the prenatal visit, improving the care of a high-risk pregnant woman, and implementing community-based kangaroo mother care are also recommended.

Globally, an estimated 15-20% of all births are low birth weight, representing more than 20 million births per year. LBW rate is reduced in developed countries. The distribution of low birth weight, which is higher in African countries and 15.9% in 10 developing countries according to demographic and health surveillance data, is as follows;
• Burkina Faso’da% 13.45,
• Ghana’da% 10.2
• Malawi’de% 12.15,
• Senegal’de% 15.7
• Uganda at 10% The incidence of LBW in the Ethiopian hospital was 16.6% in Hawassa and 17% in Ethiopia, according to the last meta-analysis. It represents 10.6% of the DDA prevalence of Zambia and Tanzania. The highest prevalence occurring in developing countries may be due to home birth, preterm birth and hypertension during pregnancy, antepartum hemorrhage, and workplace diversity, which increases referral of complicated cases and increases the risk of DDA. Studies have revealed that the prevalence of LBW varies between countries. For example; It is 7.3% in Nigeria, 40.0% in India and 5-12% in Iran.

The most common diagnoses associated with indicated low birth weight and preterm delivery are hypertensive disorders, bleeding, and acute or chronic fetal restrictions (fetal distress or intrauterine growth restriction). A recent study conducted at the Hawassa University Comprehensive Specialty Hospital in Southern Ethiopia shows that previous miscarriage, hypertensive pregnancy disorder, frequency of ANC visits, and gestational age at birth are the most common predictors of LBW.

Maternal age is an important predictor of DDA. A study conducted in developing countries found that maternal age between 35-49 years increases the likelihood of LBW. In addition, maternal age <20, lack of social support and rural residence and formal education are other factors associated with LBW.

It can be said that premature is the only predictive factor for L low birth weight in the world. This has been proven by different studies, and gestational age below 37 weeks significantly increases the risk of ICL. Women who give birth before 37 weeks complete have a higher risk of low birth weight. This is consistent with different studies and a systematic review and meta-analysis done in Ethiopia. It has been found that preterm birth is significantly associated with increasing rates of LBW.
When newborns are born before reaching the recommended date of birth or 37-42 weeks, they are likely to be small and have a reduction in skeletal muscle mass and subcutaneous adipose tissue. Moreover, hypertension, preeclampsia and eclampsia, lack of antenatal care follow-up, gestational interval <24 months, depression and maternal attacks during pregnancy were other common predictors of LBW. A recent study in Ethiopia also found that mothers who have had a previous miscarriage, frequency of ANC visits, gestational age at birth, and hypertensive disorders at birth are also important determinants of low weight at birth.
In addition, hypertensive disorder in pregnancy, which is a leading cause of maternal almost overlooked and perinatal deaths, has a significant impact on low birth weight growth trends in Africa. Compared to their counterparts, mothers with hypertension during pregnancy have a higher risk of delivering a low-weight baby. If delivery occurs before 37 weeks gestation, the relationship increases and other studies have similar findings. This may be because hypertension leads to uteroplacental insufficiency. 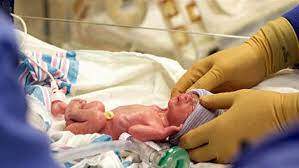 Similarly, studies also reported that mothers who made fewer ANV visits (<4 ANC visits) than WHO recommendations were more likely to deliver a low-weight newborn than those linked to the recommended ANC visits. This is supported by other evidence. This is similar to studies by Gizaw et al. In addition, the findings also show that women who have had at least one previous abortion are at greatest risk of giving LBW newborns, as a study in Ethiopia, Denmark, and the US and one metadata prove.
In addition to the analysis report of the study conducted in Canada, parallel to Bossley’s[studyitwasdeterminedthattherewasa35%increaseintheriskofLBWbabiesand36%intheriskofpretermbabiesinthefollowingpregnanciesinwomenwhohadamiscarriageinthefirstorsecondtrimesterTheyfoundthatEthiopiapreviousadversepregnancyoutcomescorrelatedwiththefinaloutcomeThiscanbeexplainedbyphysicaldamagetothecervixcausedbytypesofabortionreducedtensilestrengthofthecervicalpluglaterprematurebirthcausingLBWandstress/depressioncausedbythepreviousoccurrenceoftheevent[çalışmasınaparalelolarakbirinciveyaikincitrimesterdedüşükyapankadınlarınDDAbebekriskinde%35vesonrakigebeliklerdepretermbebekriskinde%36artışolduğutespitedilmiştirEtiyopyaöncekiolumsuzgebeliksonuçlarınınsonsonuçlailişkiliolduğunubulmuşlardırBukürtajtürlerininnedenolduğuservikstefizikselhasarservikaltıkacıngerilmemukavemetininazalmasıdahasonraLBW’yenedenolanerkendoğumveolayındahaöncemeydanagelmesindenkaynaklananstres/depresyonileaçıklanabilir
Therefore, stress-depression is significantly associated with previous abortion and reduces women’s dietary diversity, decreases fetal nutrients vital for development, and leads to an increased risk of LBW. In addition, untreated antenatal depression is another important determinant. 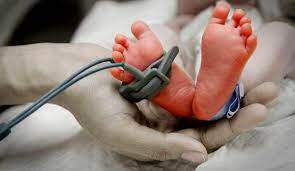 An evidence-based medicine has shown that the benefits of iron supplements in improving birth weight indicate the need for increased efforts to improve the coverage of prenatal programs and promote food supplementation. Underlying social factors such as poverty and the status of women are also particularly important in South Asia. Strategies that combine nutritional interventions such as improving food intake and micronutrient status, particularly iron status, with approaches that improve women’s condition and reproductive health are needed to reduce LBW.