Of particular interest is leptin in osteoarthritis (OA) pathology, which is joint calcification. Because the severity of OA is associated with both weight and BMI, and leptin usually raises in obese individuals. Leptin is a hormone secreted by adipocytes and is involved in energy homeostasis through its ability to cross the blood brain barrier to reduce orexigenic neuropeptides and increase anorexigenic neuropeptides. In healthy individuals, leptin is secreted proportionally by adipose tissue and energy intake. Leptin is generally thought of as a satiety hormone, but many obese individuals have “leptin resistance”. Therefore, it occurs when leptin secretion in these people does not suppress appetite or cause a decrease in energy intake.
The role of leptin may go beyond energy homeostasis. BMI and plasma leptin levels are positively correlated in OA patients. Plasma leptin concentrations were found to be 3 times higher in premenopausal women than in men. The researchers found that injecting leptin into the knee caused the cartilage to deteriorate significantly. Additionally, leptin from the synovial joint was higher than plasma leptin concentrations.
The results of the research group confirm the previous findings. This study investigated the relationship between serum and synovial fluid concentrations of leptin in both men and women with varying degrees of OA. Serum and synovial fluid samples had undergone arthroscopic or total knee replacement surgery from 20 men (mean age = 68.4 ± 10.8 years) and 20 women with varying degrees of OA (mean age = 61.6 ± 12.4 years). And it was found that leptin concentrations in both serum and synovial fluid of patients with knee OA increased with disease severity. The mechanism by which leptin can contribute to the pathophysiology of OA is probably due to its place in the cytokine family. Leptin can trigger immune responses by increasing the expression of adhesion molecules, possibly via a proinflammatory cytokine pathway. In addition, mice lacking a working leptin gene (ob / ob) showed decreased secretion of inflammatory cytokines, while administration of leptin to these mice restored inflammatory secretions. Additionally, there are leptin receptors in cartilage, suggesting a direct effect on this tissue. The inflammatory markers of leptin stimulate Interlukin-6 (IL-6), Interlukin-8 (IL-8), nitric oxide, Interlukin-1 (IL-1), Tumor Necrosis Factor-alpha (TNF), COX2 and PGE in the joint so that factors 2 There is evidence that it will contribute to the deterioration of the cartilage matrix.
Due to the role of isoflavones in inflammation, the negative effect of excess leptin levels on cartilage can be suppressed by isoflavones. For example, rats fed a high-fat soy diet or a regular soy diet were found to have lower serum leptin concentrations than those fed a high-fat casein or regular fat casein diet. Their studies also found that inflammatory gene expression decreased along with the expression of leptin. Niwa et al. they also found that soy isoflavones reduced leptin secretion in adipocytes of mice, and Llaneza et al. They found that consumption of 200mg soy isoflavone extract in postmenopausal women resulted in a decrease in leptin levels as well as TNFa. Another study in overweight and obese subjects found that after 12 weeks of black soy peptide supplementation, serum leptin concentrations were significantly reduced from baseline.
These studies and observations so far show that soy and its isoflavones are very effective in relieving pain associated with OA and its symptoms, in part due to their ability to reduce inflammatory responses. Soy’s ability to mediate leptin and inflammatory immune responses can play an integral role both in preventing OA, stopping its progression, and improving the quality of life of affected individuals. 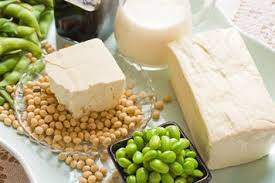 Major soy isoflavones include genistein, daidzein, and glycetin. Genistein is structurally similar to ipriflavone, a synthetic isoflavone. SERMs such as tamoxifen and ipriflavone have both been shown to affect cartilage metabolism and reduce or alleviate symptoms associated with OA. Therefore, it may be expected that genistein would similarly affect cartilage metabolism. Our in vitro study determined that genistein has a capacity to reduce inflammation in human chondrocytes.
In fact, in chondrocytes treated with LPS to induce inflammation, genistein significantly reduced COX-2 production. However, it does not have an effect on COX-1 production. This is of particular interest as NSAIDs are thought to inhibit inflammation through COX-1 and COX-2 dependent pathways, but cause damage due to inhibition of COX-1, an important enzyme that regulates and expresses normal cellular processes. This inhibited synthesis, caused by most NSAIDs, may adversely affect the continuity and integrity of the stomach and duodenal mucosa and may lead to kidney problems. However, COX-2 is generally not expressed by most tissues and is specifically upregulated by inflammation. The seemingly selective inhibition of COX-2 by genistein offers a promising alternative to those suffering from stomach upset due to the use of NSAIDs.
IL-1, an inflammatory cytokine, was also measured in this study and was found to be lower at both high and low doses of genistein. More importantly, YKL-40, a marker of human cartilage glycoprotein degradation, was found to be suppressed in the genistein-treated groups. However, the difference between the LPS and genistein groups did not reach statistical significance. It also supports clinical findings on soy in an animal study by Borzan et al. The purpose of the study mentioned above was to determine whether the soy diet can reduce pain behavior and inflammation caused by intraplantar administration of full Freund’s adjuvant. They reported reduced neuropathic pain following partial sciatic nerve damage in rats fed a soy protein diet. This suggests that soy can be effective in relieving pain symptoms, including OA.
Lymphocytes and monocytes are often seen at sites of injury and inflammation. Laboratory studies have also investigated the effect of soy isoflavone supplementation on lymphopoiesis induced by ovarian surgery in rats. In this animal study, ovariectomy-related increases in peripheral blood total lymphocyte and monocyte counts after soy isoflavone supplementation were observed to return to the levels of sham operated rats. Forty-eight Sprague-Dawley rats of 12 months were either mock (sham; 1 group) or OVX (3 groups) and were fed a standard semi-purified diet for 120 days.
Next, the OVX groups received one of three isoflavone doses: 0 (OVX), 500 (ISO500), or 1000 (ISO1000) mg / kg diet for 100 days. Ovariectomy significantly (P <0.05) increased the total leukocyte, lymphocyte, monocyte, eosinophil and basophil counts. Isoflavones in the 500 and 1000 mg / kg diet returned total leukocyte counts as well as leukocyte subpopulations to levels comparable to sham. These findings suggest that isoflavones are able to normalize circulating inflammatory cell levels that produce many pro-inflammatory mediators that can be effective for the synovial joint.
In laboratory studies, a three-month double-blind randomized clinical trial was also conducted to investigate the effects of soy supplementation on symptoms associated with knee OA. Approximately 135 free-living individuals (64 males, mean age = 55.8 ± 13.6 years and 71 females, mean age = 59.3 ± 12.0 years) with knee OA were randomly assigned to receive 40g of soy protein or milk protein per day. This study indicated that the 88mg soy protein regimen improved isoflavones (p <0.05) which monitored movement, ladder-climbing ability, and low (<0.05 to knee range P activities) intensity, frequency, pain intensity, blocking and use of pain medication. 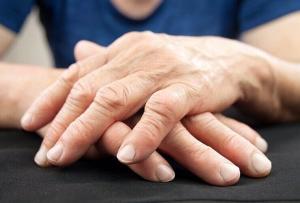 The improvement in self-defined pain parameters due to soy supplementation became more pronounced as the duration of treatment progressed. Additionally, the soy regimen significantly improved circulating IGF-I levels, suggesting that isoflavones can exert anabolic effects on cartilage. In the same study, serum IGF-I and human cartilage glycoprotein 39 (YKL-40), a marker of joint destruction, were evaluated.
The results showed that protein supplementation significantly lowered the average serum concentration of YKL-40 in men, suggesting that soy may slow cartilage degradation. Although both proteins increase circulating IGF-I levels as expected (P <0.05), soy protein has a more pronounced effect compared to milk protein. It has been repeatedly determined that soy has the ability to uniquely develop serum IGF-I compared to milk protein, suggesting that this effect may be due to isoflavone content rather than protein alone.
Three-month study findings show that soy protein supplementation significantly reduces the intensity and frequency of pain. By comparison, milk protein only reduced pain intensity, demonstrating that the reduction in the frequency of pain and discomfort was specific to soy and not to the control protein. The findings also show that the need for pain medication is reduced. Increased serum IGF-I level with soy supplementation supports the hypothesis that isoflavones can exert anabolic effects on cartilage and decreased YKL-40 levels associated with cartilage degeneration can improve OA symptoms and severity of soy. In summary, researchers suggest that people who have no contraindications to soy isoflavones use ipriflavone, a synthetic isoflavone, to reduce OA symptoms.