For the majority of people with upper respiratory tract infections, symptomatic therapy offers better results than antibiotics, and this is not indicated in most cases. Providing patients or caregivers with clear information about when antibiotics are appropriate, supportive treatments, and expected symptom duration can help reduce unnecessary antibiotic use this winter.
Supportive treatment options such as paracetamol, decongestants, adequate hydration and rest will provide the best symptomatic relief for most people with common winter illnesses. Inform patients about the possible duration of their symptoms, for example coughing can last up to four weeks and make sure they understand when to seek further evaluation if their condition worsens. 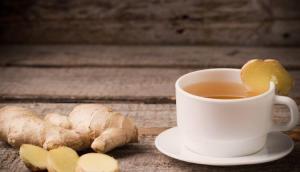 For patients who expect to take antibiotics when not needed, it should be thoroughly considered why this is not appropriate, including the side effects of antibiotics and the self-limiting nature of most winter diseases.
Antibiotics continue to be appropriate in certain clinical situations, such as people with suspected pneumonia or whooping cough, some children with otitis media, people with a high risk of rheumatic fever, Group A Streptococcus (GAS) throat infection, or serious illnesses such as bacterial meningitis.

During the winter months, thousands of people spend in primary care with sore ear and throat, nasal and sinus congestion, cough and cold. Most of these symptoms are due to viral infections and antibiotic treatment is not appropriate. In some cases there may be bacterial infection present, but the infection will be self-limiting and the negative effects of antibiotics may outweigh the potential benefits. Antibiotic delivery in New Zealand is 40% higher in winter than in summer, and most likely unnecessary.
“What would you like me to do for you today?” Asking is a useful conversation starter because it allows the patient to tell you about their symptoms, but can also lead to a discussion about their expectations for treatment. People often want relief from their symptoms, but they also want to be informed about the possible cause of their illness and make sure they are being evaluated for other possible diagnoses. Some people will feel they need their antibiotic prescription because they are “taking it for the last time”, or they may just think that antibiotics will provide relief from their symptoms.
For example, many caregivers automatically believe antibiotics are indicated if their children have otitis media or if people think that discolored runny nose or phlegm requires antibiotics. Interviews with patients and caregivers may include:
• What is infection and how does the immune system react to infection?
The difference between viral and bacterial infection and the role of antibiotics
Side effects of antibiotics, including gastrointestinal effects, rash, disruption of normal flora (eg leading to Clostridium difficile or Candida albicans infection, antibiotic resistance)
Self-limiting nature of winter illnesses including expected symptom duration
Symptomatic treatments, eg analgesia, decongestants
When to reassess, for example persistent or worsening symptoms 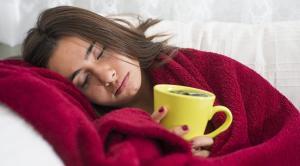 In most cases, the most important treatment for winter ailments is effective communication; The patient should stop the consultation by understanding what disease is likely to be present, how long his symptoms should last, what they should do to manage their symptoms, and when to seek further evaluation.

The nasal membranes, like the rest of the upper respiratory tract, are lined with goblet and ciliary cells that produce mucus. The mucus lining of the nasal cavity traps inhaled particles, viruses and bacteria. Ciliated cells move mucus from the nasal cavity down to the nasopharynx, where it is swallowed and enters the gastrointestinal tract (mucociliary clearance). People usually produce about 1-2 L of mucus within 24 hours, but this volume can be doubled or more if the sinuses or other parts of the respiratory tract are inflamed, for example, by environmental allergens, irritants or infection.
During infection, the amount of mucus produced is increased to improve the capture and clearance of viruses, and further mucociliary clearance is impaired. Excessive mucus that is not swallowed from the sinuses comes out of the nose (“snot”). During an upper respiratory tract infection, runny nose is a mixture of secretions from nasal and lacrimal glands, goblet cells, plasma cells, inflammatory cells, mucosal epithelial cells, and plasma exudates from capillaries. The yellow-green color of the nasal discharge during an upper respiratory tract infection is due to the increased presence of neutrophils containing a green pigmented enzyme.
The same process takes place with the production of sputum from the lower respiratory tract. Mucus is produced in the surface epithelium and connective tissue, where it keeps the tissue moist to aid the passage of air. Cilia move mucus towards the pharynx where it is swallowed. During infection, the excess mucus produced triggers an increased cough reflex and mucus is extracted as sputum. Cough further irritates the respiratory tract and leads to even more mucus production. Sputum contains secretions and cells similar to a runny nose, including neutrophils.
Therefore, the color of mucus or sputum reflects the severity of an inflammatory response rather than indicating whether an infection is viral or bacterial. Colorless mucus is a nonspecific clinical sign and should not be considered as a justification for prescribing or seeking antibiotics.

People Who Need Antibiotics Should Use It 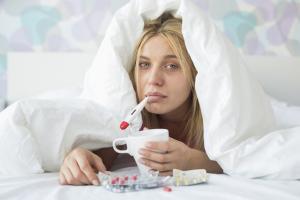 While antibiotics are not required for winter ailments in most cases, there will always be people who need antibiotics. The challenge is to identify these situations. Clinical features at the time of examination, such as patient history and hydration status, temperature and other vital signs, and the presence or absence of chest symptoms, are crucial to reaching an accurate diagnosis, assessing severity, and therefore guiding appropriate management.
One challenge is that people can present with symptoms and signs that suggest a viral upper respiratory tract infection but may also be consistent with the early stages of a serious infection such as pneumonia. It is important to install a “safety net” so that further medical assistance can be sought in case of deterioration. Clinical predictions of moderate to severe systemic infection in adults include: respiratory rate> 21-24 breaths per minute, systolic blood pressure <90-100 mmHg, heart rate> 90-130 beats per minute, temperature <36 (or fever>).