Most people routinely manipulate real-world objects on a daily basis. However, some people who have suffered severe nervous system damage, for example, may lack this necessary and basic skill. On the other hand, he may not limit the manipulations of objects to the hands alone, but one can imagine some external actuators that are not part of a human body but still controlled by the will of the person and suitable for specific target manipulation.
Such a substitution or addition of a person’s abilities is certainly welcome in the modern world. And although mentioned, the idea seems tempting and its development has been suspended for a long time due to the difficulty in solving the main component of the problem. The key component here is to transmit commands originating in the human mind to any type of external device and interpret it as precisely as possible. This task can be accomplished at one level with brain-computer interface technology (or BCIs for short). The BCI issue was mentioned several decades ago, and since then, many grounds have been laid and there are still many discoveries on this topic.
Today, there are many BCI “types” built on different principles. Among the many types of BCIs, highlight is the most popular recorded by one of the available encephalographic methods, based on registration, interpretation or classification of activity patterns of the human cerebral cortex. There are other paradigms, but electroencephalogram (EEG), magnetoencephalogram (MEG), fMRI etc. Only one is mentioned that allows performing BCI based on most encephalographic method. (Performing MEG).
Not all such implementations are of practical value due to often bulky design. In addition, a relatively recently developed “complete” family of encephalographic methods should be considered based on the scattering of light and interaction with living tissues. Light here should be treated as radiation of different wavelengths (ie visible, infrared and – something in the middle – near infrared) in a broad sense. Therefore, the method of near infrared spectrometry can be put into practice, providing another avenue for achieving scientific and practical goals and obtaining additional basic results on the nervous system.

Basics of Analysis of the Material

In order to assess the current level of research in the field in question, it is necessary to somehow characterize the ongoing work, which is information communicated to the scientific community through existing research reports. To accomplish such a task, some classification must be introduced for these objects. Thus, the hierarchical classification system of the publications made by the general analysis of the texts and the analysis of the keywords emerges. This classification system creates a framework in which more information is organized.
This classification system was created by analyzing the most used existing articles and their keywords. This system has “emerged”, that is, it is built on precedents. If a post appears in the hierarchy that is not related to one of the categories currently available, the new category is reserved. 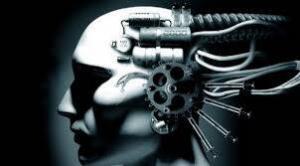 The roots of a hierarchy tree are the basic types of publications; For example, whether the research is a review or represents the description of real experiments in the ERS / ERD- or EP paradigms (event-related synchronization / desynchronization or evoked potentials) they all represent an explanation of a new unique research method.
The second subtype is the actual experiments on the working model of BCI, the definition of “classic” for NIRS experiments (eg various memory tasks, finger or palm touch, mental arithmetic), etc. It was created by the types of experiments described as. The last category was about “non-classical” experimentation, ie mental tasks or problem solving, and was rarely or never published before. A separate category of the given subtype is allocated as fast optical signals (FOS) or record of “optical excitation potentials” with or without signal averages. Research on connectivity and optogenetics was not included in the classification system and considered separately, as they only constitute a support value in the context of BCI.
The third subtype is whether the subtype discussed in the BCI article is “mixed”. Apart from the separate EEG and NIRS measurements, there are studies of EEG + NIRS hybrids and other types of hybrids, for example NIRS + fMRI there. The fourth classification criterion was the brain area where measurements were taken (e.g. motor areas, frontal and prefrontal areas of the human cerebral cortex, temporal area, occipital cortex, or something else, for example EEG measurements were made over motor areas) and NIRS measurements are on the anterior and prefrontal areas. The fifth criterion was whether the goal or goal described in the article was achieved, that is, whether the study could be evaluated as a success by the authors.
Finally, the sixth subtype of the resulting hierarchical classification was divided into articles in which some special features or unique features were presented. These features include “how many types of experiments are defined and run on the job, reported by paper” or whether the BCI is used on the job to manage the robot or external auxiliary actuator, etc. Of course the given classification is not complete and is a closed system and also not unique. 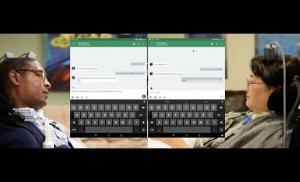 However, its application is quite justified, because it is stable at least “to some extent”, ie firm and stable against the addition of new knowledge. In fact, it is possible to draw such a conclusion, given the fact that the classification structure stops changing after processing about 25 publications randomly selected from the pool considered. It should also be noted that by their nature there are some categories that are not presented in a repository of publications considered during the analysis, but are included (or better still) in the classification system. For example, a class of research describing the distribution of light emitted by a biological tissue and the physical properties of this process is FOS, etc., which are only indirectly related to BCI.
The focus of this type of research has shifted from the practical applications of BCI to the general physical laws that underlie any of the NIRS devices and fundamental research of the nervous system. However, some treated papers may additionally be classified by the last category, but their distant relationship to the main subject (i.e., away from root branches) of the described classification system can be considered.
As a result; presents a comprehensive review of near infrared spectrometry (NIRS) and related methods applied at brain-computer interfaces (BCI). The basic physical principles of such devices have been explained through research. The reviews provide a summary of the latest developments in the dynamics and perspectives of the field in question. Examples of using NIRS in BCI systems are given and different experimental paradigms are defined. The review covers not only mainly noninvasive NIRS-BCIs, but also some use cases for hybrid BCI systems or neighboring field methods (such as EEG) for their importance in basic research.
It may also be less relevant if different encephalographic methods are applied separately. As potentially useful for NIRS-BCIs, the phenomenon of fast optical signals (FOS) is described and some research on connectivity is covered, including those based on NIRS. It gives direction to the perspective of constructing future BCI using optogenetics.