One of the most striking illustrations of the famous Italian architect and illustrator Federico Babina, prepared with different concepts, is his work involving mental illnesses. In his study, he thought and designed 16 psychological diseases as a home. He conveyed the emotional states that people are in and are difficult to perceive by people who do not have this disease with the concept he determined. Let’s empathize by using his art, by looking together at the most known and curious ones of these 16 psychological disorders, by embodying the abstract emotional state of people with these diseases.

It can be defined as an intense and frequently recurring state of anxiety. Excessive anxiety and panic can cause the person to have serious attacks. Although it does not create a problem when experienced within certain limits, it is a psychological disorder that seriously reduces the quality of life of the individual in the later stages. It is not a uniform disease; There are also many types. 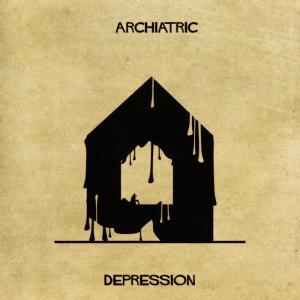 In fact, dementia, which includes many sub-psychological disorders, is a disease that generally occurs around the factor of forgetfulness. It is also known as dementia among the people. It also affects thinking skills and social skills required by daily life. One of the most common and widely known types is Azheimer’s disease. Insomnia, also known as insomnia, is a disease that prevents falling asleep and can cause waking up in a short time. In sleep disorder, which is a very common disease, even if the individual falls asleep, he often wakes up and feels serious fatigue during the day when he wakes up. Moreover, since this problem is constantly exposed, this insomnia becomes chronic and seriously affects the daily life of the person. In the future, it starts to affect the physical health of the person.

In the disease, which is briefly referred to as OCD, since the individual is stuck with certain obsessions and concerns, they repeat the action that they think removes their discomfort from this behavior. In the disease with certain levels, the frequency of repeating this behavior and the time to perform this behavior are also very important. Moreover, although it is known to be illogical, this behavior is repeated over and over again. Examples such as the hygiene obsession washing their hands frequently, the person who is not sure that the iron is unplugged, checks it repeatedly. Bipolar affective disorder is a very serious psychological illness that is also known by different names such as manic depressive illness. While the person feels very happy and extremely good at one time, he turns into a very depressed and introverted person at the other time. If the disease is not very advanced, these attacks may occur only a few times a year; However, these attacks occur quite frequently in advanced bipolar patients. Since it is very difficult for the patient to notice this situation, it is vital to be monitored and treated in detail with professional support.

Schizophrenia is simply the inability of the individual to properly distinguish between the real and the unreal. His perception of reality is distorted and his social relationships are seriously damaged. The disease continues throughout a person’s life. For this reason, it is definitely diagnosed early; a person must be treated throughout his life. If the treatment is continued meticulously, it is possible for the person to spend their daily life in a healthy and trouble-free manner like other individuals. However, even the slightest negligence can cause serious problems. 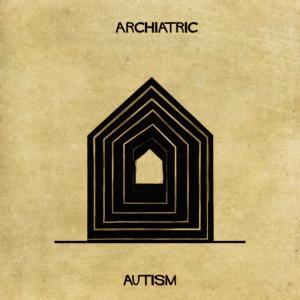 Autism, which is a disease in which the symptoms are noticed until the age of 3 and continues throughout the life of the individual, is a disease in which awareness has increased considerably today. In summary, the individual has difficulties in communicating with the people around him in situations that require physical contact or through verbal communication channels. People are brought to life with a correct rehabilitation program.

In general, it can be defined as an individual’s excessive suspicion and anxiety about certain situations. While it does not cause any problem when it is watched at a mild level; In the later stages, the person thinks that he or she is constantly being watched, rested and harmed. Moreover, individuals with this disease never think that they are sick because they believe that the reasons for their delusions are logical and real. This situation is one of the most important factors that make the treatment process of the person difficult.

People with this disease have a nutritional habit that will seriously affect their health. The illness, which can be seen as either overeating or very malnutrition, can cause psychological disorders and affects the physical health of the person. Studies show that the disease is more common in women. Dissociation is a word that means dissolution, dispersion. Based on its meaning, it is the disintegration and disruption of the integrity of a person’s perception of his environment, consciousness, behavior and identity. The disease, which is examined under 4 main headings, is not caused by a physical damage. It usually appears after a traumatic event. Different treatment methods are already being used, especially therapy or drug support.