Changes occur in the skin in response to hormones such as estrogen and testosterone. In an oily skin structure, an increase in facial oil is usually noticed before and during the menstrual period. In addition, acne may flare up before and during menstrual periods. The skin is one of the largest and most important organs of the body and creates a protective physical barrier, regulates body temperature, and allows the removal of fluids such as sweat and fat.
As the skin ages, it goes through different stages and the skin structure changes, so there is no standard condition definition for the skin. The skin can also change with the external climate, illness or ailments. Particularly, the changes that begin in adolescence on the face are noticeable, because the skin responds to many signals, including hormones, through many receptors.

Do Hormones Make The Skin Fat? 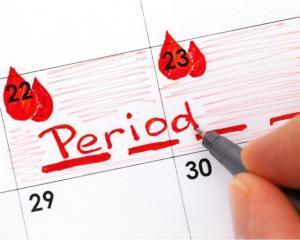 Most of the skin changes that can experience during puberty and later are caused by small glands called sebaceous glands. These sebaceous glands produce and secrete an oily substance called sebum. Starting in adolescence, sebaceous glands enlarge and begin to secrete sebum, most sebum is secreted between the ages of 15-35. The medical term for having oily skin is seborrhea and has different causes.
Sebaceous glands, like many other parts of the skin, have receptors that are affected by sex hormones. These glands are most dramatically affected by androgens, which are male sex hormones such as testosterone but are present in both sexes. These androgens increase sebum production during puberty in both sexes. When the number of androgens that bind to receptors in the sebaceous glands increases, more sebum is produced. This can lead to noticeably oily skin and can progress to acne.
While sebum production can vary throughout the menstrual cycle, the effect of estrogen on sebum production is still unclear. Estrogen has been shown to suppress sebum production and gland activation, especially at high doses, but it is more difficult to understand how the natural fluctuations of estrogen throughout the menstrual cycle affect the skin. In one study, the increase in sebum production in women with oily skin occurred in the week before menstruation and also during the menstrual week. The week with the lowest sebum production occurred in the second week of the menstrual cycle.
In addition, a significant change in sebum production could not be measured in women who do not have oily skin. Also, since hormonal levels could not be measured in this study, the researchers do not know whether changes in skin oiliness are ultimately due to changes in hormone levels. Many other factors play a role in sebum levels: these factors include genetics, seasonal changes, excessive sun exposure, and excessive or improper use of skin care products, all of which increase the skin’s oily levels.

How Does Estrogen Affect Skin Health?

Acne and the Menstrual Cycle When high levels of androgens stimulate excess sebum production, sebum can combine with dead skin cells in the pore, causing clogging. This clogging of the pores can trap all the excess sebum produced and manifest as acne. These sebum-filled pores are ideal places for bacteria to live, especially P. Acnes, who likes to colonize these pores and cause worsening and inflamed acne. Acne (acne vulgaris) is one of the most commonly reported skin conditions associated with the cycle. In the perimenstrual phase (10 days before menstruation, plus days of bleeding), hormonal breaks due to the menstrual period are very common.
The causes of hormonal acne are still unclear, but there are some theories. Some researchers feel that there is not enough estrogen to promote the “anti-sebum” effects before the period begins. Without high estrogen, androgens increase sebum production, which leads to increased pore clogging and a livable environment for P. acnes. Other theories suggest that hormonal acne may be caused by a lack or imbalance of progesterone-estrogen ratios. More research is needed.
Women with higher androgen levels and people with cycles, such as people with polycystic ovarian syndrome (PCOS), are more likely to experience excessive hair growth and female pattern hair loss alongside acne. Trans men may also notice an increase in acne lesions during the first year of taking testosterone, but this should decrease after prolonged testosterone use. Some people see a reduction in acne breakouts in hormonal birth control, so oral contraceptives are sometimes used to treat acne. Combined in the birth control pill, synthetic estrogen that is available in suppress doses. When ovulation does not occur, ovarian androgens are not produced.
Not all acne is related to menstrual bleeding or the hormonal cycle. Acne affects people of all genders and all ages. Genetics, diet, and stress attacks can also affect acne, but more research is needed here. Acne treatment can help improve self-esteem and quality of life. Acne outbreaks may not be a matter of hygiene, but may be related to how meticulous care is given to skin care on days when skin sensitivity increases.

Your body’s ability to sweat also changes throughout your cycle. Your basal body temperature rises during the luteal phase (second half of your cycle). Researchers noticed that women in the luteal phase showed an increase in sweat produced when exposed to higher temperatures in their follicular phase (the first half of the menstrual cycle) compared to time. This increase in sweating is noticeable not only on the face but also in the whole body. If he notices changes in sweating during his menstrual cycle, these should be followed by special labels. 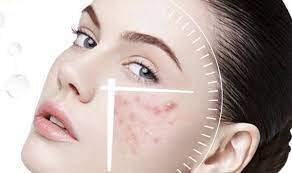 Having skin that is drier than you would like is very common, especially in cold seasons or dry climates. Dry skin is also affected by genetics and may become more common with age. Dermatitis, psoriasis, and other skin conditions or diseases can worsen during the premenstrual period. Skin changes should be monitored throughout the cycle. The skin can change in response to hormonal changes that occur during the menstrual cycle. Can notice differences in acne outbreaks, skin hydration, elasticity, and wound healing ability at different times of the cycle.
Tracking skin changes allows you to notice any patterns that may occur in your cycle or other life factors (such as sleep and stress). Monitoring can also help in choosing effective strategies for managing skin problems such as acne.